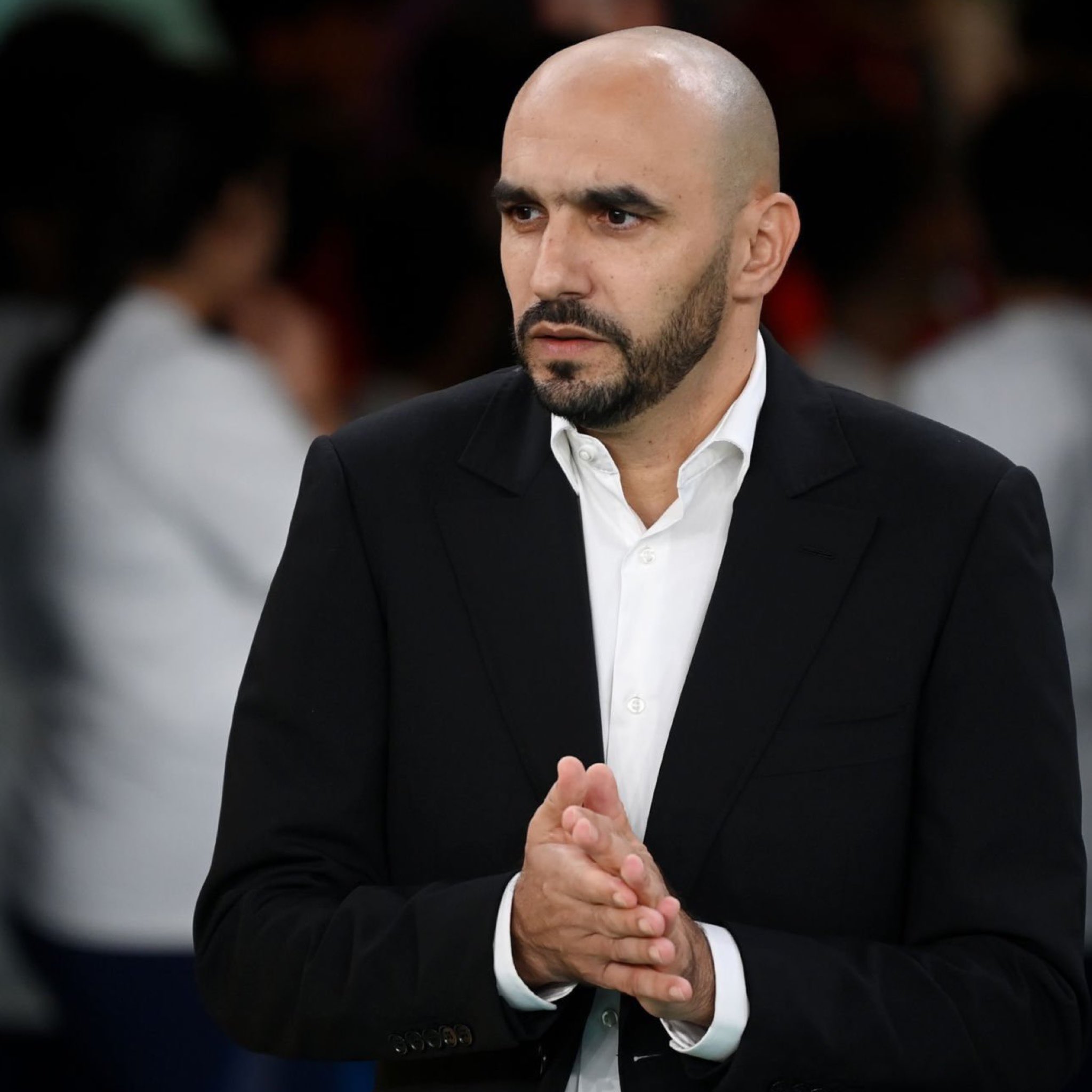 ‘I think now the world is with Morocco,’ coach Walid Regragui said, comparing the team’s run at the World Cup to the iconic Hollywood boxing movie.

Morocco’s coach Walid Regragui has called the Atlas Lions the “Rocky of this World Cup” ahead of the team’s highly anticipated semifinal clash with reigning champions France.

Regragui compared the Moroccan team’s fairytale run in Qatar to that of fictional boxer Rocky Balboa in the iconic Hollywood film Rocky – played by US actor Sylvester Stallone – which tells the story of a small-time fighter who gets an unexpected shot at the world boxing heavyweight championship and wins.

“We have made our people and our continent so happy and proud,” an energised Regragui said at a news conference after the team’s 1-0 victory over Portugal on Saturday night.

“When you watch Rocky, you want to support Rocky Balboa and I think we are the Rocky of this World Cup. I think now the world is with Morocco.”

Morocco will stride into Wednesday’s game with reigning champions France after upsetting Belgium, Spain and Portugal to become the first African and Arab team to make it to the World Cup’s semifinal round.

with antagonist Apollo Creed, a scrappy Morocco is looking to topple a heavyweight of world football.

A win over France, led by the ever-dangerous Kylian Mbappe and Olivier Giroux, would land the Atlas Lions in their first-ever World Cup final.

“We can dream, why shouldn’t we dream about winning the World Cup?” asked Regragui, who took over as the team’s coach only in August.

It doesn’t cost you anything to have dreams. European countries have been used to winning the World Cup.

France roar into Wednesday’s match having vanquished England in a 2-1 quarterfinal thriller on Sunday. Over the weekend, officials announced French President Emmanuel Macron will travel to Doha for the match against Morocco.

“The details of the trip remain to be settled, of course, but he had made this commitment,” French Sports Minister Amelie Oudea-Castera said on Franceinfo radio on Sunday.

Macron’s office stated last month that he would travel to the Qatar 2022 World Cup if Les Bleus progressed in the semifinal round.

“The whole country is behind you: We will go to the end together. To the Moroccans: We salute your historic victory. See you in the semi-finals!”