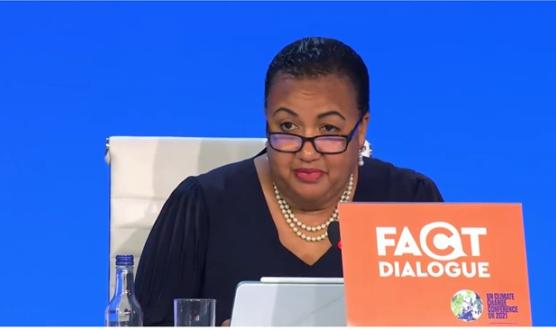 MONROVIA, LIBERIA– The Liberia Anti-Corruption Commission (LACC) has advanced several investigative reports to the Ministry of Justice (MOJ), calling for the swift prosecution of several high-profile government officials and local vendors for alleged acts of corruption, raising eyebrows that the move is only intended to showcase a professed effort being applied by the Coalition for Democratic Change (CDC) led-government to fight the menace ahead of the 2023 general and presidential elections in the country.

In a statement released in Monrovia over the weekend, the commission pointed out that it carried out a series of intelligence operations at the Ministry of Agriculture following reports of corruption.

It noted that following these operations, the LACC immediately commenced its current investigation.

The commission disclosed that the basis of the investigation was to ascertain whether all legal requirements were satisfied in the award of government contracts to different companies including Fabrar and whether the Korean Value Chain project was properly managed by authorities at the ministry.

In its findings, the commission disclosed that on the contract with Fabrar, Madam Cooper, in the discharge of her duties as Minister of Agriculture, knowingly awarded a contract valued at USD180,000.00 for the supply of 200 metric tons of 25 kg bags of rice to Fabrar Liberia, Inc.; a company in which she has vested interest and for which she is also a Beneficial Owner.

It emphasized that Minister Cooper illegally relieved Mr. Raymond Ogunti as Director of the PMU/MOA (who had an existing two (2) year valid contract) without justifiable reasons and thus taking a unilateral decision in replacing him with Mr. Ansu Konneh against the expressed advice by the donor partners, including the World Bank, African Development Bank (AfDB) and the IFAD.

According to the LACC, Minister Cooper, after executing the task, unilaterally awarded a contract to her relative Zubin Cooper as a Consultant on the National Agriculture Fair (NAF) Program.

The commission maintained that Minister Cooper “knowingly providing false and misleading information to the Investigation that the second account opened at the LBDI was as a result of the first account opened at Ecobank being inconsistent with the PFM Law by not referring to the Ministry of Finance and Development Planning (MFDP); knowing that her actual reason for taking such decision was to get rid of the names of Precious Tetteh, Deputy Minister for Administration, and Mr. H. Nyounkpao Funnebo, Comptroller at the Ministry of Agriculture, and to be replaced with names of her chosen.

The commission indicated that Minister Cooper and Mr. Bob Fassa, Project Accountant/KOAFEC-MOA knowingly and willfully expended the total of US$ 18,000.00 (US$ 2,000 + US$16,000) paid to both Curtis Jackson and Asatu Shannon under the pretext of services provided by them; and thus failing to provide any evidence of performance to account for or justify the expenditure of said amounts.

The anti-graft body added that Ansu Metzger, Joseph Toll Hinneh, and Theoway Nyema of the STAR-P/MOA, Assistant Minister Earnest J. Clark, and Mr. Randolph Kolleh, Director of Sectorial Coordination/MOA, Gro Green knew fully well that the 500 pieces of Wheelbarrows under the CERC Project were paid for and never delivered; but misrepresented the facts as though the wheelbarrows were delivered and distributed.

Liberians and other foreign partners are watching to see whether or not the latest investigative reports from the LACC will be treated like others that have been abandoned, downplayed, or thrown in the dustbin, or it is just another publicity stunt to make it appear that the Coalition for Democratic Change (CDC) led government of President George Manneh is flexing its muscles to combat against corruption, ahead of the 2023 general and presidential elections in the country.