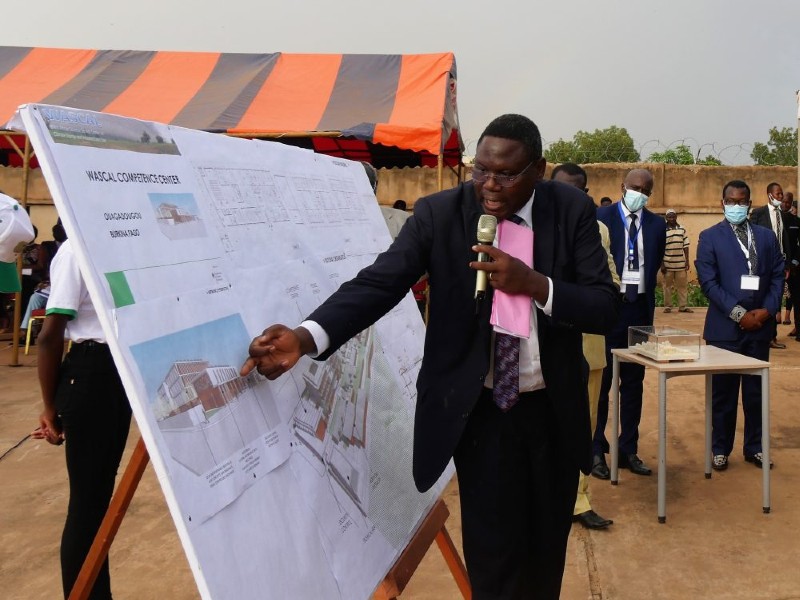 Construction of the WASCAL Climate Competence Centre in Ouagadougou, Burkina Faso got off the ground.

The modern new climate competence center building will house West African Science Service Centre on Climate Change and Adapted Land Use (WASCAL’s) research and data center and the graduate school for scientific data management at the University of Ouagadougou in the country’s capital city.

The German Federal Ministry of Education and Research (BMBF) has thus far invested more than a million Euros towards running the Centre. About seven and a half million Euros of that investment will be spent on the new building plus interior equipment, as pointed out in a speech by Dr. Stefan Kaufmann, Innovation Commissioner for Green Hydrogen at BMBF during the fourth WASCAL Ministerial Council Meeting held in Ouagadougou.

The WASCAL Ministerial Council Meeting is a biennial meeting of various West African sector ministers, to discuss critical issues facing Climate Change and Renewable Energies and to deliberate on WASCAL’s role in the fight against it while improving livelihoods in West Africa.

“All in all, the BMBF has up to now invested more than €120 million in WASCAL activities to strengthen climate resilience, to develop renewable energy supply, and to build up a green hydrogen economy,” he explained.

Dr. Kaufmann also expounded on auspicious areas where BMBF will collaborate with WASCAL to ensure the fruition of the various projects and programs.

“One of these auspicious topics is renewable energy. I am convinced renewable energies offer huge opportunities for the sustainable development of West Africa. With your support, we have launched numerous new projects covering the topics that have been defined by you, our African partners. With the Hydrogen Atlas, which is developed by WASCAL together with the Jülich Research Centre and the regional energy agency ECREEE, we are taking the next step together.”

“Green hydrogen offers the historic opportunity to advance the climate-neutral industrialization of the continent. West Africa can become a pioneering region in this regard. The Atlas shows the ECOWAS region has enough space and potential for solar and wind energy to not only cover its own energy demands but also to export energy in the form of green hydrogen,” said Kaufmann.

Since 2012, BMBF has invested more than €70 million in research, capacity development, and observation networks expansion. The launch of the six large new joint research projects within the second WASCAL research phase, with BMBF funding of €11.5 million has also been launched. The research will help strengthen climate resilience in West Africa.

BMBF will expand the WASCAL Graduate School Programme to cover the emerging topic of Green Hydrogen. “It is also worth noting that a new graduate school program on green hydrogen has just been launched, with the first batch of 60 students from all ECOWAS countries starting in October this year,” said Kaufmann.

“The new building of the [Climate] Competence Centre will enable WASCAL to become one of the top research institutions in the region and Africa, offering top-level research results and environmental and climate services as well as research management with visible impact to decision-makers and with the broadened portfolio also new technologies for climate-friendly energy supply.”