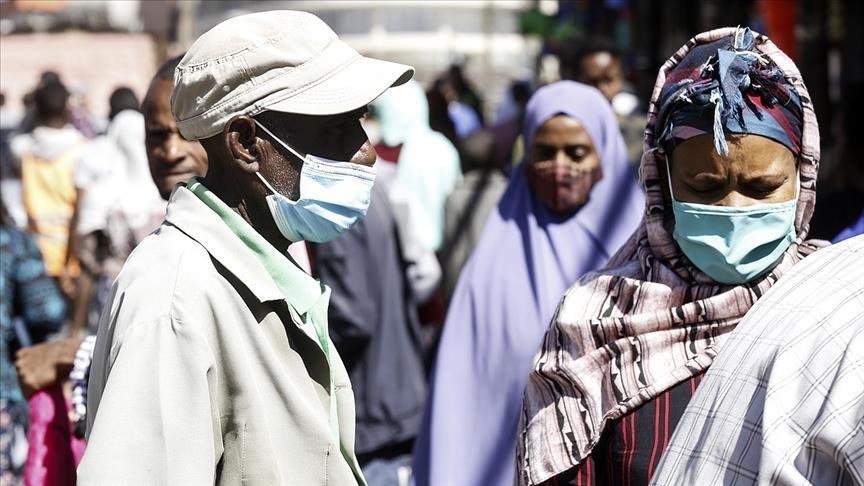 Senegal is facing a deadly third wave of COVID-19, and cemeteries in Dakar, the capital, are struggling to keep up with a surge in burials. In Yoff, the largest cemetery in Dakar is handling three times more burials than normal, while the Christian Saint-Lazare Cemetery is seeing as many burials in one day as it usually would in one week.

“In a week, we would do six or seven funerals. But now, we can do six or seven in a single day. With the first (Covid-19) wave, we didn’t even feel it here. Out of all the funerals we’ve done here, those that were for covid, there weren’t even a dozen. The second wave, we had some but not that many, but as for this third wave, we are really going through it now,” said Habib Sagna, the manager of Sanit Lazare cemetery.

Emergency room doctor Babacar Diop, 30, keeps getting interrupted by the ringing of his mobile phone.

Relatives of patients in the saturated emergency ward in Fann hospital, in Senegal’s seaside capital Dakar, are calling to ask after their loved ones.

“The situation is very catastrophic,” says Diop, who looks grim and fatigued at the beginning of a 12-hour night shift.

Ambulances come and go bearing rasping and coughing patients – whom Diop more often than not has to turn away because of a lack of oxygen.

“We’re receiving patients who are dying on the doorstep,” he says.

Senegal is in the grip of a third wave of Covid-19 infections, which is believed to be driven by the highly contagious Delta variant of the virus.

In the West African country’s capital, emergency wards are at a breaking point and doctors are struggling to maintain control.

The Fann emergency ward has 16 beds hooked up to oxygen. They are all occupied.

Diop says he’s turned away about 20 people in recent days. They went in search of spaces in other hospitals — or simply returned home.

The number of Covid-19 deaths is underreported, the young doctor insists. “More sick people are dying at home than in the hospital,” he says.

Patients lucky enough to be admitted to Fann sit or lie in silence, with oxygen masks strapped to their faces.

“This variant is a time bomb,” says Diop, adding that there is little option but to “turn to prayer”.

Senegal, a nation of 16 million people, has recorded over 59,000 Covid-19 infections since the start of the pandemic, with more than 1,300 fatalities.

But official cases have risen rapidly, from a few dozen a day late last month to a daily peak of 1,700 in July.

Authorities recorded between 600 and 750 cases a day this week.

Macadou Mbodji, the coordinator of the Covid-19 resuscitation unit in Dakar’s Idrissa Pouye hospital, says more and more young people are being admitted.

There is no shortage of oxygen because the hospital has its own manufacturing plant.

But the nine beds in the resuscitation unit – reserved for the most severe cases – are full.

Doctors in hazmat suits fuss over patients as monitors whirr and beep. The ward has a mortality rate of about 33 percent.

Thirty-nine-year-old Mbodji is calm and even jovial, but says the situation isn’t quite under control because “all our beds are occupied at the moment”.

Almost all of the intensive-care patients are unvaccinated, or have only received one dose, he says.