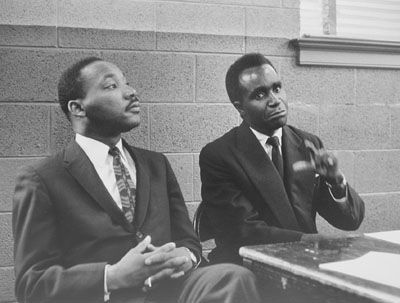 In many African nations, it is rare to have a celebrated former president. Too often they cling to power until they’re dead, overthrown, or chased away, but in democratic Zambia, they have had the honor having of two former presidents, The Fourth Republican President Rupiah Banda and, until yesterday, the Founding Republican President Kenneth Kaunda, who has passed away at the age of 97.

But having former presidents who live safely and comfortably is a terrific benefit to a country – it is a clear message that it is safe to lose an election, and that it is normal to transfer power peacefully. Though by the time that Kaunda was forced from State House in 1991 following an electoral defeat after 27 years of a one-party state, he had clearly grown unpopular among Zambian voters. However, in his later age those feelings had softened as he took on the role as an elder statesman, and this legacy is a gift to Zambians and a gift to Africa.

Though many would point to the mixed legacy left behind after such a long period of rule, we should keep in mind that this was during the Cold War, and in many ways, it was preferable to have a gentle leader who saw fit to balance relations and become a member of the non-aligned movement, protecting Zambia from too much influence from either the United States or the Soviet Union.

His six-decade career in politics spanned the fight against British colonial rule, a Soviet-inspired government grab for the country’s mines and finally, the peaceful transfer of power through a democratic election. Toward the end, he was known affectionately as “KK,” an emotional figure who loved to sing ballads and who often burst into tears mourning departed friends and foes alike. Mr. Kaunda dabbed his eyes so often in public that a white handkerchief became his calling card. Zambians would wave them in support of their leader.

He had campaigned for Black liberation while crisscrossing the countryside in the 1950s and ’60s, then emerged as a leader of Africa’s first generation of post-colonial leaders while calling for an end to White-minority rule on the continent.

Mr. Kaunda died Thursday in Lusaka at 97 years of age—the last of a generation of African liberation leaders that also included Tanzania’s Julius Nyerere, Ghana’s Kwame Nkrumah and Zimbabwe’s Robert Mugabe. Mr. Kaunda’s cause of death was pneumonia, said Victoria Chitungu, a close family friend and author of a forthcoming biography of the former president.

His transformation from anti-colonial strongman to beloved former leader largely resulted from a seminal moment in African politics. After an unexpected electoral trouncing in 1991, Mr. Kaunda stepped down without a fight. Other African leaders, notably Mr. Mugabe, made different choices, disregarding the results of democratic elections that threatened their power.

Messrs. Kaunda and Mugabe were born the same year in different corners of Britain’s Rhodesia territories. They spent their youths fighting for black rule in what later became the neighboring countries of Zambia and Zimbabwe. Each was his country’s first and longest-serving president, and their leadership mixed uncompromising political control with economic failure.

Kenneth David Kaunda was born April 28, 1924, at the Lubwa Mission near Chinsali, a small town in what was then Northern Rhodesia. His father taught there and Mr. Kaunda followed in his footsteps, studying for two years in Lusaka. He returned to work as a teacher and later headmaster at the mission.

His efforts to rally his countrymen around a demand for black majority rule twice led Rhodesia’s white rulers to throw him in prison. Each time, he emerged politically stronger. In 1964, he became president of a newly independent Zambia, promising to provide economic opportunity as well as free healthcare and education for all.

On economic policy, he borrowed from the Soviet Union’s approach to government-administered central planning. Mr. Kaunda was influenced by Christian ideals as well. His socialist “humanism” attempted to merge Marxism and Christianity, placing “man at the center of all the activities of Zambian society,” as it was described in his United National Independence Party’s manifesto.

In practice, that combination fostered a corrupt, centralized bureaucracy. Under Mr. Kaunda, Zambia nationalized major industries, chiefly the vast copper mines that represented nearly all the country’s export earnings. By the 1980s, his government controlled 80% of the economy through ownership of some 100 companies.

The mismanagement created a fiscal crisis. In 1984 Zambia reached an agreement to secure tens of millions of dollars in aid from the International Monetary Fund, but repeatedly balked at implementing the harsh economic overhauls the fund demanded in return. In 1987 Mr. Kaunda became the first African leader to break publicly with the IMF, rejecting overhauls the fund had prescribed and failing to make scheduled payments.

At the time, the Zambian leader’s grip on his country was slipping. In 1990, Mr. Kaunda was still governing under the state of emergency in place at independence almost three decades earlier. An attempted coup and food riots prompted him to reinstate opposition political parties. In presidential elections a year later, the country’s first such contest in 17 years, he was soundly defeated by Frederick Chiluba, a union leader whom Mr. Kaunda had briefly jailed 10 years earlier.

Mr. Kaunda then stepped away from power—and won pro-democracy admirers across the continent. In retrospect, despite his disastrous economic policies, some credit him for holding a new country together.

Zambia’s stability can be “directly attributed to the effort he put in personally to make sure that the different regions of Zambia and the different ethnic groups of Zambia learned to live and work together,” said Kapil Kapoor, a former World Bank manager for Zambia.

Mr. Kaunda’s reputation also benefited from the failures of his successor, Mr. Chiluba, whose market measures failed to lift many Zambians out of poverty.

The spoils of Mr. Chiluba’s privatization efforts went to enriching himself and his allies, according to authorities in Zambia and the U.K. who filed corruption and embezzlement charges against him. In 2007, a London judge found Mr. Chiluba guilty of stealing $46 million from the Zambian government and laundering it through two U.K. law firms. Mr. Chiluba was ordered to return the funds but never did, challenging the court’s jurisdiction and insisting on his innocence. In 2009 a Zambian magistrate acquitted him of corruption and embezzlement charges filed there, saying the funds he was accused of stealing couldn’t be traced.

Their rivalry intensified during Mr. Chiluba’s decade in power. In 1996, he barred Mr. Kaunda from running for the presidency again. In 1997, Mr. Kaunda was shot and lightly injured by government troops at a protest rally, an incident he blamed on Mr. Chiluba. Mr. Chiluba later had Mr. Kaunda detained, and lobbied to have his citizenship revoked in 1999 on the grounds that his parents’ origins in Malawi made him Malawian, not Zambian, by birth.

Mr. Kaunda’s later life was marked by personal tragedy. His son Masuzyo died as a result of AIDS in 1986; another son, Wezi, was shot and killed in 1999. His wife, Betty, died in 2012 after 66 years of marriage. The couple is survived by eight of their 10 children.