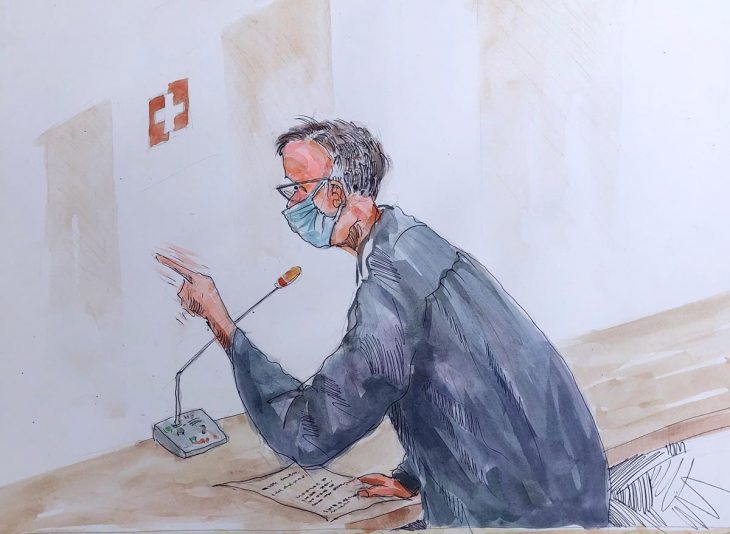 One of Liberia’s most infamously brutal war criminals is finally going to face accountability for his misindeeds following a conviction by a Swiss court.

Alieu Kosiah has become the first Liberian to be convicted over the country’s civil war, and will now serve a 20-year sentence on charges ranging from ordering the killing of 13 civilians and two unarmed soldiers, murdering four civilians, rape, and even acts of cannibalism.

He was detained after a civil rights group, Civitas Maxima, presented the Swiss attorney general with evidence of his involvement in war crimes, including the deliberate killing of civilians, sexual violence, abuse of corpses and acts of cannibalism.

Liberia endured two bouts of brutal fighting from 1989 to 1997, after which Taylor became president, and 1999 to 2003. Other known close associates of Taylor, such as Benoni Urey, are said to be under investigation and could face future charges.

Switzerland recognises the principle of universal justice, meaning suspects accused of high-profile crimes elsewhere can be tried in its courts.

The trial was the first under a 2011 Swiss law that allows prosecution for war crimes committed anywhere in the world. It also marked the first time war crimes charges have been heard by a Swiss civilian court.

The crimes took place while he was fighting with Alhaji Kromah’s United Liberation Movement of Liberia for Democracy rebel group against Charles Taylor’s troops in the remote Lofa County in the 1990s.

Before Kosiah’s guilty verdict, no Liberian had ever been convicted of crimes committed during the conflict. Taylor was, however, convicted in 2012 of committing war crimes in neighbouring Sierra Leone.

He is serving his 50-year sentence in a prison in the UK.

His son “Chuckie” Taylor was sentenced to 97 years in prison in a US federal court in 2009 for torturing and killing people while he was the head of Liberia’s anti-terrorist services.

Ex-warlord Mohammed “Jungle Jabbah” Jabateh has been jailed for 30 years in the US for lying about his past as a leader of a force that carried out multiple murders and acts of cannibalism.

And Sierra Leonean Gibril Ealoghima Massaquoi is currently on trial in Finland for alleged crimes committed in Liberia.

Liberia has failed to hold war crimes trials because of a lack of a political will, says BBC Liberia reporter Jonathan Paye-Layleh.

A post-war truth commission did name people who could be prosecuted, but as some have held key government positions a special court has never been established.