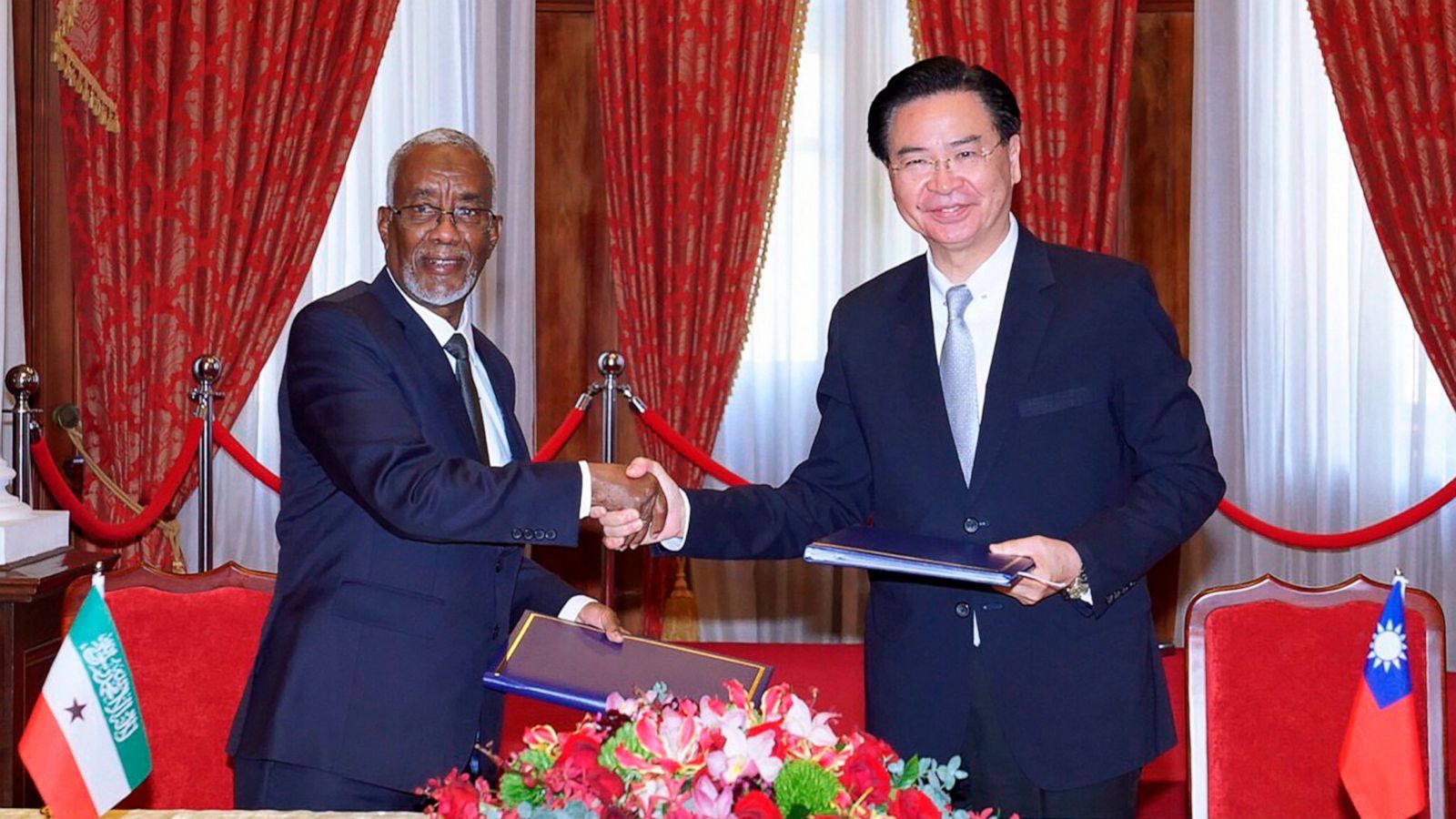 The breakaway territory of Somaliland opened a representative office in Taipei on Wednesday in a move that has already drawn Beijing’s ire.

The two are “members of the same community of democracies founded by our shared political and economic freedoms, as well as international values,” Hagi said.

Taiwan’s Foreign Minister Joseph Wu said both faced external pressures but are “proud of our sovereignty and ready to defend it.”

Taiwan has just 15 formal diplomatic allies and is considered by China a part of its territory, while Somaliland is recognized internationally as part of Somalia, from which it broke away in 1991 as the country broke apart and descended into clan-based civil war.

Somaliland has seen little of the violence and extremist attacks that plague the rest of Somalia.

While neither Taiwan or Somaliland are recognized by the United Nations, they both maintain their own independent governments, currencies and security systems.

Read more from the Associated Press.