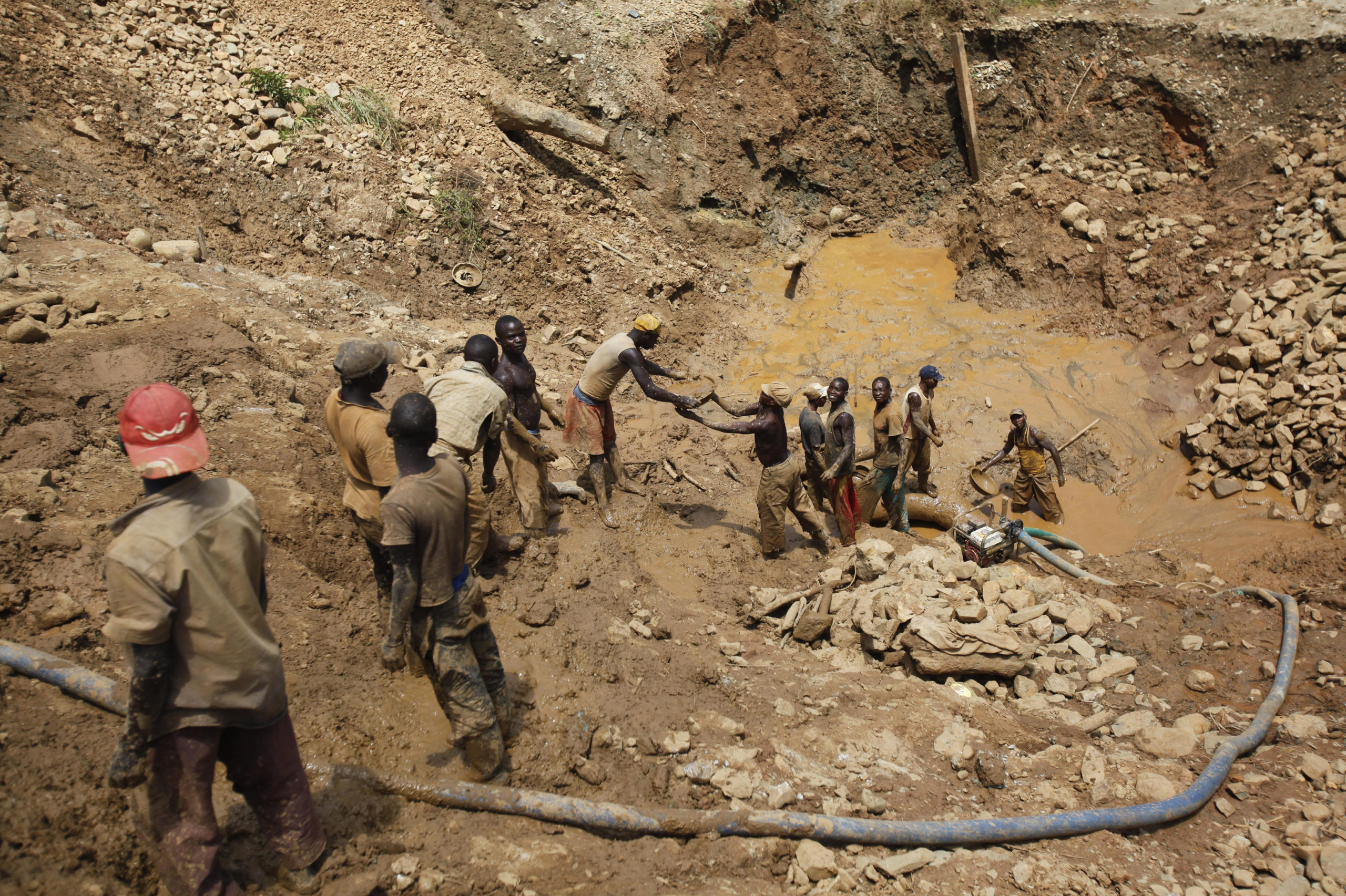 Hundreds of young men in rubber boots crowded around the site of Friday’s cave-in, with some removing rocks by hand from the muddy hillside, video footage showed.

Dozens of people die each year in accidents in largely unregulated artisanal mines in Congo, where often ill-equipped diggers borrow deep underground in search for ore.

Alexandre Kamundala, deputy mayor of the nearby town of Kamituga, said no bodies had been recovered so far.

“The rescue teams have been working hard since this morning to try to find bodies, but given the lack of working tools, they are finding it difficult to move forward efficiently with the search.”

The office of the governor of South Kivu province, Theo Kasi, said most of the victims were young people, and expressed condolences to their families.

“The search continues to identify our deceased compatriots, bring assistance and implement measures to prevent such incidents from repeating,” Kasi’s office said in a statement.