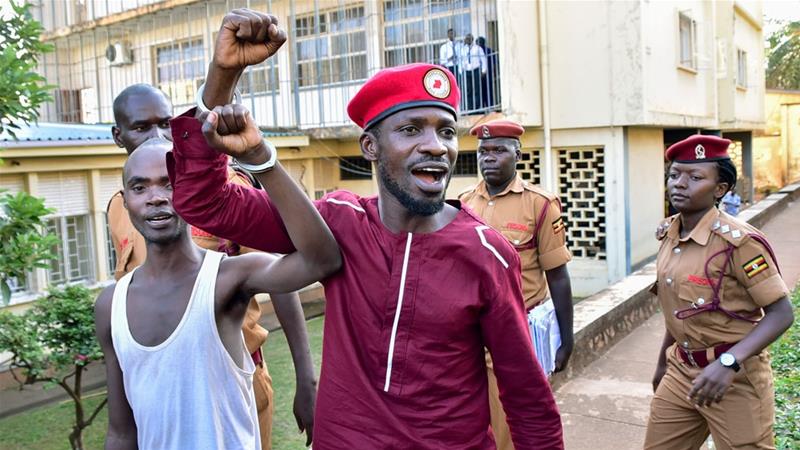 Opposition parties around the world have had enough of taking defeat in dubious elections lying down. Instead, opposition leaders in low-quality democracies are using a new playbook — launching campaigns to discredit elections.

In a previous article (“Discrediting elections: Why the opposition playbook carries risks”, M&G Online February 27), I explained how election results can be challenged, denying a government’s legitimacy. By using mass protests and social media, opposition parties and civil society groups can persuade the public that an election was flawed. This works especially well if the campaign starts long before election day and highlights procedural flaws, while casting aspersions on the character of key electoral officials.

The desire to discredit an election is understandable because the majority of problematic polls are allowed to stand, even when there is considerable evidence of a cock-up or conspiracy. By making electoral malpractice a front-page issue, opposition leaders can reduce domestic and international support for the ruling party, making it harder for them to govern. They can also put pressure on courts to stand up for democratic norms and values.

Although the article was based on conversations with opposition activists and leaders, some opposition supporters didn’t like it. This was mainly because I pointed out that this strategy generates risks as well as opportunities. Mass protests can be effective, but they can also allow a government to depict the opposition as a source of disunity and chaos. These accusations, in turn, can be used to justify censorship and repression.

Some opposition activists suggested I had exaggerated the risks. Others worried that the article was not optimistic enough, because I noted that few of the leaders who have recently used this playbook actually won power. Did this mean that the opposition should just sit on its hands and do nothing? In both cases there seemed to be a common underlying question: “Okay, so what would you do?”

It’s important to listen to your audience and respond when you can. This article explains how opposition parties can win, why the risks of discrediting elections are so high, and what I would do to minimise them if I was an opposition leader.

How to beat the odds

It is incredibly difficult to be an opposition leader in a country where the government can bend the media, electoral commission and security forces to its will. You are effectively contesting elections wearing a blindfold with one hand tied behind your back. None of the opposition parties mentioned in my original article, from Albania to Zimbabwe, have won power yet. The ruling party even managed to remain in office in Kenya, where the nullification of Uhuru Kenyatta’s victory in the presidential elections of 2017 led to a “fresh” contest to be held. But this is not a reason for opposition leaders to be defeatist, or to give up.

The path to opposition victory in many countries we now think of as high-quality democracies was anything but smooth. This is obvious if we look at Ghana, where the first election held after multiparty politics was introduced in the early 1990s was extremely controversial. Not only did the New Patriotic Party opposition reject the victory of President Jerry Rawlings, but they boycotted the subsequent legislative elections in protest. A similar story can be told about Senegal, where the opposition repeatedly lost and complained about poor quality elections before finally winning in 2000.

In countries such as Ghana and Senegal an opposition victory did not come quickly. Instead, three things had to happen.

First, the opposition used every election as an opportunity to secure an important electoral reform. In some cases this meant the creation of a more independent electoral commission, in others it was confidence-boosting measures such as the introduction of transparent ballot boxes. Over repeated elections, these changes weakened the ruling party’s hold on power.

Second, the opposition strengthened its internal structures and broadened its popular appeal. Although entrenched governments may be unwilling to allow rival parties to win nationally, there is often greater freedom in legislative and local elections.

Third, by winning seats in Parliament and taking control of urban municipalities — where the government tends to be less popular — opposition parties can strengthen their ability to mobilise supporters. Taking up these positions also generates new avenues of revenue, empowering the opposition to run more effective election campaigns.

When they occur together, these developments create a more level playing field and fresh opportunities for the opposition. Achieving political change then becomes more feasible, especially if the conditions ahead of an election are less favourable to the government. This was the case in Ghana in the elections of 2000, when term limits forced President Jerry Rawlings to stand down and the ruling party ran John Atta Mills — a considerably less charismatic figure — as its presidential candidate. The Senegalese government fell the same year, when economic stagnation and the growing consensus on the need for sopi (the Wolof word for change) led to the defeat of president Abdou Diouf.

How to win an election

Opposition leaders can learn valuable lessons from Ghana and Senegal. By using each disputed election as an opportunity to negotiate for crucial reforms, it is possible to gradually weaken the government’s grip on power. By increasing the opposition’s presence in the legislature and around the country, it becomes possible to cover every polling station with party agents to deter electoral fraud.

In countries such as Kenya and Malawi, opposition leaders understand many of these points. Efforts to discredit a problematic election have often been the prelude to demands for far-reaching electoral reform. So why does this playbook carry risks and how can they be avoided?

In my previous column I explained how authoritarian governments respond to opposition protests through a mixture of censorship and repression. But this is not the only risk the opposition faces. If leaders focus too much on protesting at the expense of providing services in the areas they control, they may miss the opportunity to build more effective party structures. At the same time, if opposition supporters and civil society groups are not careful to campaign in an inclusive way, their protests may undermine their support among the broader public.

One of the biggest problems facing opposition parties is that they tend not to be trusted by people who don’t already support them. As a result of decades of government and media propaganda — which alleged that opposition parties are dangerous and divisive — opposition leaders have a major trust gap to make up. According to Afrobarometer, which conducts nationally representative surveys in 35 countries, only 14% of respondents said they trusted opposition parties “a lot”, while 34% report having “no trust at all”.

One of the main concerns of the public is that opposition protests will cause instability. In Uganda, for example, 81% of respondents agreed that “losing parties should accept the elections results”, even though only 34% thought the elections were “completely free and fair”.

This means opposition parties need to perform a delicate balancing act, campaigning hard enough to force reforms while maintaining a constructive approach that avoids any actions that could be seen to be unnecessarily destabilising. One way to do this is to use messages that explicitly reach out to those who support other parties. Another is to make sure that the opposition delivers what voters want in the areas it has representatives, so that it is clear that a transfer of power nationally will lead to better — and more inclusive — government.

Only by demonstrating that it would perform better in office while building trust within the wider population can the opposition force improvements in the electoral system while also growing the party. This combination is the key to winning elections.

*Nic Cheeseman is professor of democracy at the University of Birmingham and was formerly the director of the African Studies Centre at Oxford University. This article was originally published in Mail & Guardian.