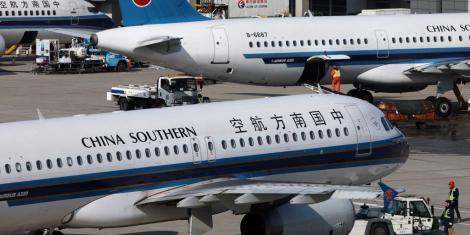 The Chinese Embassy in Kenya on February 28 announced that flights China Southern Airlines from China to Kenya were suspended.

The directive comes after the high court has suspended all flights coming to Kenya from China over the coronavirus threat.

Justice Makau issued the order after two doctors filed a petition in court on Friday seeking to have China flights barred from entering the country in the wake of coronavirus fears.In the ruling, the judge ordered Interior Minister Fred Matiang’i and former Health Cabinet Secretary Sicily Kariuki to undertake the role to protect Kenyans from any infections for the deadly virus.Judge Makau ordered for the immediate tracing and quarantine at a KDF facility of the 239 passengers who arrived aboard a China Southern flight on Wednesday, February 26, 2020On February 10, the airline had suspended flights to Kenya amid fears of the spread of the deadly coronavirus. It pulled the plug on all four of its weekly direct flights from Nairobi to two cities in China four days after one of its planes was held at the Jomo Kenyatta International Airport (JKIA) for about 9 hours.

The airline had frozen travel reservations until the end of June following the outbreak of the virus that led to travel restrictions against the Asian powerhouse with many airlines around the world suspending flights into the mainland.

The Chinese airline had cancelled the two weekly flights from Nairobi to Changsha, a route that was introduced in June of 2019 in response to increasing travel demands from China to Africa. The airline operated the weekly service on Sundays and Wednesdays.

It had also halted the Monday and Friday direct flights from Nairobi to Guangzhou.The changes were initially set to last until March 28, 2020, according to the airline’s marketing manager Belinda Agwena.