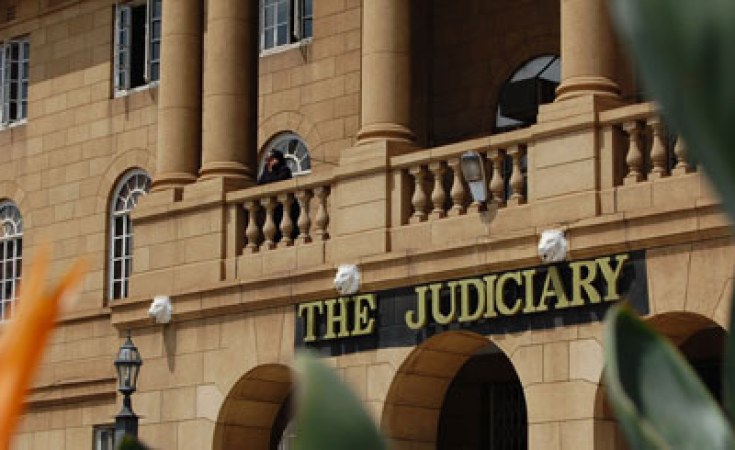 Kenya’s high court on Friday ordered the suspension of flights from China after an uproar over the government allowing travellers into the country without compulsory quarantine for the new coronavirus.

On Wednesday, Kenya allowed 239 passengers to alight from a China Southern flight from Guangzhou, with the health ministry merely advising those on board to self-quarantine for 14 days.

Outrage spread across social media, and the Daily Nation newspaper’s front page on Friday read: “Virus: Why Kenya is dancing with death”.

A doctor and the Law Society of Kenya subsequently filed a suit at the high court claiming the government was putting citizens’ lives at risk.

The court ordered that flights be suspended for 10 days pending another hearing, and that all the passengers be rounded up and taken to a military health facility for quarantine.

“The government should move with speed to forthwith trace, account, re-examine, confine and quarantine in a Kenya Defence Forces (KDF) facility or a specially guarded medical facility all the 239 passengers that they let into the country… until they are duly certified to be free from coronavirus (COVID-19)…” ruled Justice James Makau.

The Chinese embassy in Kenya wrote on Twitter that China Southern was suspending flights connecting Guangzhou, Changsha and Nairobi “due to the decreasing volume of passenger flow”.

The embassy had said it was conducting checks on passengers as online anger spread over the presence of Chinese citizens wearing masks in the industrial area of Athi River just outside Nairobi.

A local MP On Twitter urged residents to “stone them and chase them away to stay in their houses if government cannot assure us of our basic healthcare”.

“We call upon a rational and scientific approach towards Chinese communities, firmly object (to) any irresponsible and even racist remarks as seen from one of the MPs today,” said the embassy.

Africa has largely remained unscathed by the virus so far, with only three confirmed cases – in Egypt, Algeria and Nigeria.

“These patients require intensive care using equipment such as respiratory support machines that are, as you know, in short supply in many African countries and that’s a cause for concern,” he said.

Kenya’s main doctors’ union, KMPDU, says Kenya has one doctor to 17 000 patients, while the WHO recommends one to 1 000.

In recent years desperate doctors have held long strikes over salaries and working conditions, with doctors telling harrowing tales of working without oxygen and basic drugs in public hospitals.

Private healthcare is some of the best on the continent, but it is unaffordable to much of the population.

Nairobi is a densely populated city of 4.4 million people, many of whom live in close quarters in informal settlements