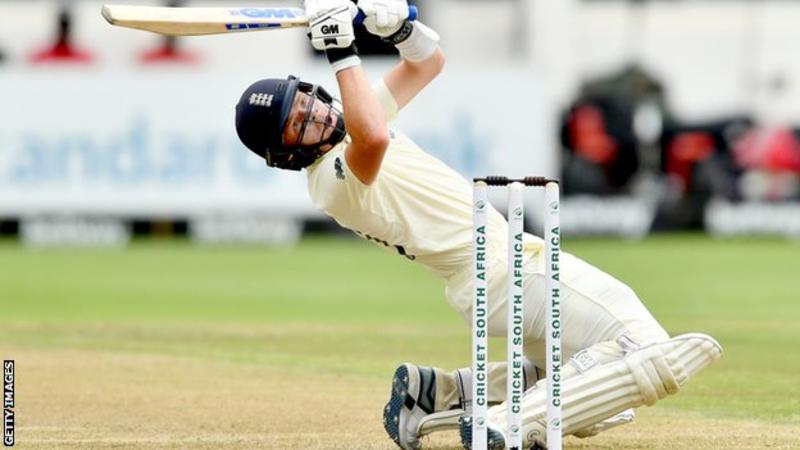 Ollie Pope and Ben Stokes dazzle as Pope reaches the first of many Test centuries and Stokes racked up a hundred of his own on the second day of the third Test against South Africa. England is now in the dominant position in Port Elizabeth.

Pope dazzled for 135 not out, at 22 years and 15 days becoming the youngest player to make a maiden Test hundred for England since Alastair Cook in 2006.

Stokes continued his stellar form for 120 to take the tourists to 499-9 declared – the first time England have made more than 400 batting first for over two years.

The fifth-wicket pair extended their overnight partnership to 203, crushing the spirit of the South Africa attack.

Sam Curran and Mark Wood took advantage, Curran adding a breezy 44 and Wood swinging his way to 42 from only 23 deliveries, including five sixes.

After England declared, off-spinner Dom Bess exploited the turn on offer, removing Pieter Malan and Zubayr Hamza to leave the Proteas 60-2, 439 behind.

Bad light and rain closed in with eight overs remaining, denying England the chance to make further inroads, but they still have a golden opportunity to go 2-1 up with one Test to play.