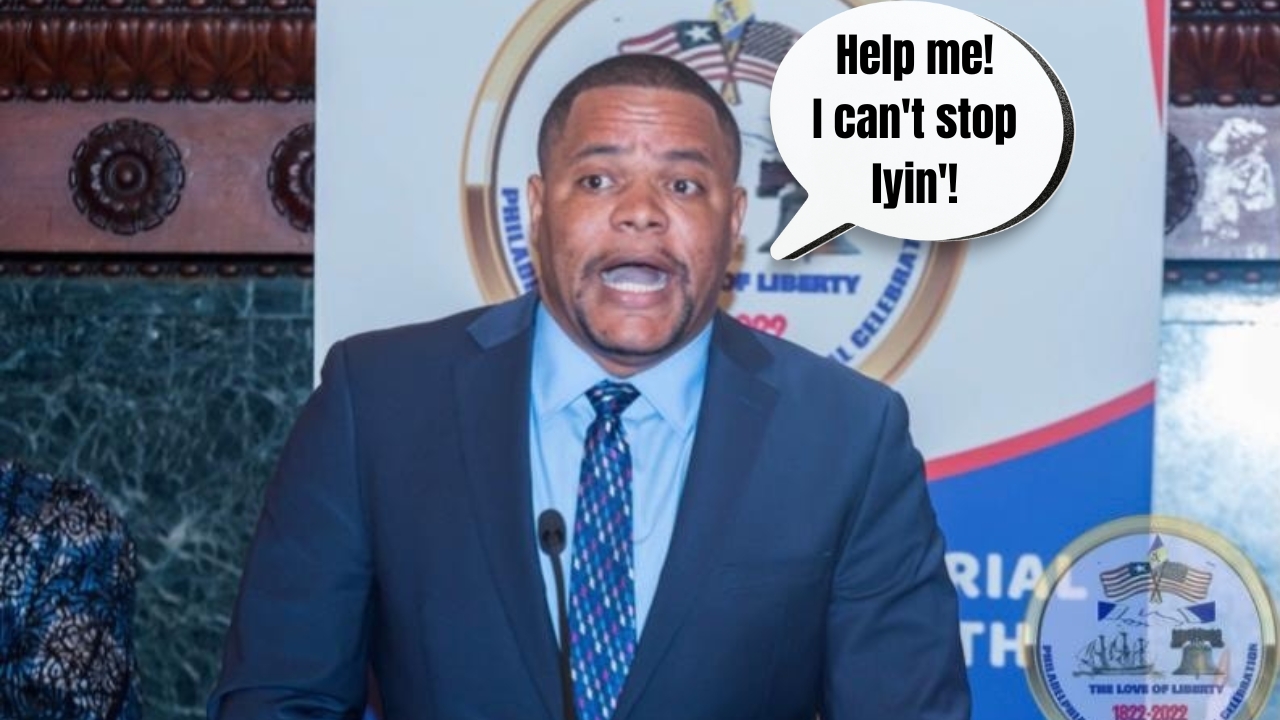 Last week the Liberian National Police managed to intercept what must be the largest attempted smuggling of a deadly arms cache that the country has seen since the end days of the second civil war. This frightening discovery of an attempt to bring in such a large number of weapons of war during an election year has sent shockwaves across the country, raising tension and fears of non-state actors plotting to destabilize the security of the nation.

This cache of arms, which was discovered in Freeport, Monrovia, has been allegedly linked to a Liberian-American living in the United States named Boye Benjamin Baker, and consigned to an associate’s address in Brewerville. Despite the ongoing investigation and the scarcity of facts made available to the public, some irresponsible politicians and pundits have wasted no time in circulating conspiracy theories to drum up tensions and benefit themselves.

Top of this list is the disgraced radio host Henry Costa, who recently visited Liberia for the first time in years from his residence in the United States. While other responsible opposition figures denounced the attempted importation of these arms, it was Costa alone who decided to blame, without evidence, the government of George Weah. Costa’s reasoning – as illogical as it sounds – was that weapons like these could not possibly get past the “state-of-the-art” scanners at US ports. In one of his trademark delusional rants, Costa asked his listeners to believe that the Liberian government must have been part of some elaborate set up to ship weapons … but then how does he explain why that same government would intercept and halt such a dangerous shipment of arms?

The problem with Costa’s statements is that they are not inconsequential. In an election year of high tensions, in a country with the history of violence that Liberia has, one has to wonder what his motivations are, other than radicalizing listeners who are not interested in facts or journalistic integrity.

Henry Costa, who has a sharply declining radio audience and less and less relevance every day, recently announced his intention to run for the seat of Montserrado County against Senator Saah H. Joseph, despite having never held public office of any form in his life. So was throwing gasoline on the fire by lying about the weapons discovery just a bid to get some media attention? Or is he trying to hide something about his own patrons?

The fact of the matter is that President George Weah has never had any history of involvement in violence or arms dealing. Neither have major opposition figures, such as Alexander Cummings, Nyonblee Karnga-Lawrence, or Cllr. Tiawan Gongloe. The most famous arms dealer who was sanctioned by the United Nations and is rumored to be in the crosshairs of US Treasury for fresh sanctions is none other than Benoni Urey of the All Liberian Party. How ironic is it then this it is this same Benoni Urey who is known to be the main patron of his own propagandist Henry Costa?

Is it possible that there is more to meet the eye here, then? Is Henry Costa attempting to distract attention from the true source of this shipment? One cannot ignore the fact that Benoni Urey’s main arms trading partner, the convicted Russian war criminal Viktor Bout, was recently released from prison as part of the hostage exchange for the WNBA star Brittney Griner.

Madam Massa Washington, a former Commissioner of the Truth and Reconciliation of Liberia, has very recently warned that Bout’s release poses a direct threat to the security of the nation. In an interview with the BBC, she said of Bout: “This guy was the one supplying what were used to slaughter people. It was confirmed that he was a major arm dealer to Mr. Charles Taylor and to Mr. FodaySankoh.”

While Urey has denied any wrongdoing, it’s quite frankly hard to believe him. Afterall, he was sanctioned by the United Nations for his alleged role in arms procurement (starting in summer of 2002) and has had “ongoing ties with Charles Taylor” even calling for his release. His name was added to the US Treasury Department’s Specially Designated Nationals list, prohibiting him from conducting business with US companies, citizens and residents, and blocking all US based assets because he was deemed a threat. And in 2005 a report from the Coalition for International Justice reported that Urey helped Taylor “siphon off” funds; curiously, Urey became one of the richest men in Liberia almost overnight.

It was after extensive evaluation of these facts, the Truth and Reconciliation Commission recommended he be barred from political office for thirty years.

But is Urey back at his old tricks? Nobody knows for sure because the investigation has not been completed. However, there is already more reason and evidence to be concerned that Costa’s big lie.

But given the fact that Benoni Urey has been angling to be named as Joe Boakai’s running mate – and even last month was photographed taking the former Vice President on a private jet to Nigeria, the sudden arrival of this arms shipment requires that law enforcement take a very close look at what these men are plotting.

To be sure, this kind of attempts at disinformation and deliberate bending of facts is unethical and irresponsible on a cosmic level; and this kind of manipulation should be rooted out from Liberia. As should all the enablers of these kinds of lies – like Joseph Boakai.

You see, Boakai and Costa are documented friends. So the fact that Costa is placing blame on Weah’s government comes as no surprise as they are both about to face off in the election. But it certainly calls into question if Costa is merely spouting his opinion, or if he is the propaganda arm for Boakai.

As a legitimate candidate for president, who Boakai aligns himself with matters and so does his silence. That he engages with Costa, who has a loose relationship with the truth – and Urey – who has an entangled past with some of the world’s worst criminals, demonstrates his flimsy affinity for ethical behavior.

A man made of more mettle – a person who deserved to represent the people of Liberia – would have been ethically compelled to put an immediate stop to the lies. But Boakai did not – he has been silent as his propagandist sows the lies. Perhaps this is why the polling shows he’s bound to lose. Perhaps this is the motivation for sicing the dogs on Weah.

But the fact of the matter is, we don’t know all the facts.

At least not yet.