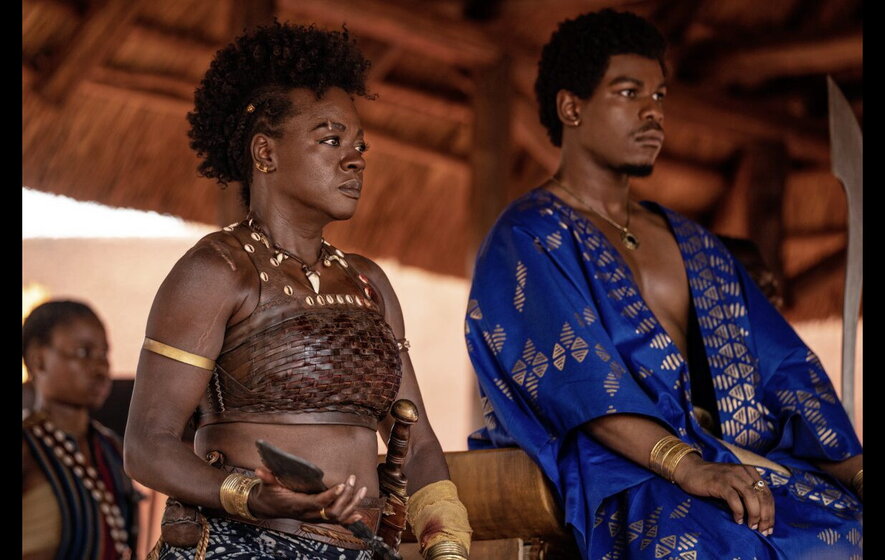 Africans too sold other Africans into slavery. By hiding that, Black filmmakers are breaking with a heroic legacy.


When the musical film Black is King was released in 2020, African audiences and some critics said it defamed and distorted the continent’s culture and history.

They described its Afrocentric portrayal of Africa as “Wakanda-esque”, a reference to the fictional East African country popularised by Black Panther, the seminal 2018 movie about Black superheroes.

Directed and written by American singer Beyoncé, who was also its executive producer, Black is King is described by Disney – on whose platform it can be streamed – as a project aimed at highlighting “the beauty of tradition and Black excellence” and honouring the “voyages of Black families, throughout time”.

Yet, just like Black Panther, it is saddled with mythical depictions that fabricate the implausible and needless impression that in pre-colonial Africa – a supposedly rich and stylish Black utopia – African men and women were simply majestic kings and queens. Of course, despite the lavish efforts at contrived Blackness, many loved Beyoncé’s 85-minute film, and some reviewers labelled it a “breath of fresh air” that “celebrates African locales, styles and music”.

Fast-forward to September 2022: Africa and the African diaspora have a similarly mesmerising and controversial cinematic production to marvel at in The Woman King.

Produced by Academy Award winner Viola Davis and directed by Gina Prince-Bythewood, it is about the Agodjie, a female military regiment that protected the kingdom of Dahomey (present-day Benin) in the 1800s.

The 6,000-strong regiment reportedly started out as a palace guard in approximately 1700, and its fighters were formally married to the king as third-rank wives – spouses he did not have sexual relations with. At the time, the Agodjie were the only female soldiers in the world that fought in wars.

But here’s the thing: They also often participated in slave raids.

Dahomey was wealthy and it thrived on selling slaves to European traders. King Gezo, who ruled the kingdom between 1818 and 1858, explicitly said that the slave trade was “the source and the glory” of his people’s wealth.

However, to the detriment of African history, The Woman King conceals Dahomey’s participation in the transatlantic slave trade between 1715 and 1850.

It suggests that Dahomey was, in fact, an anti-slavery kingdom, when it certainly wasn’t. The film also portrays the Agodjie as freedom fighters, while they were just ordinary soldiers who captured and sold slaves.

It is, essentially, a deeply sanitised version of the sombre truth about slavery and 19th-century Africa, replete with sweet and melodramatic nostalgia for an Afrocentric fantasy.

Julian Tennon, Davis’s husband and co-producer of The Woman King, has defended the movie’s substantial flaws, claiming: “It’s history but we have to take license. We have to entertain people.”

Throughout the industry’s history – as witnessed in The Birth of a Nation and Gone With the Wind – Hollywood directors and producers have largely refused to make films that depict slavery accurately.

Django Unchained, the 2012 revisionist Western film written and directed by Quentin Tarantino, lacks nuance in its portrayal of slavery. Lincoln, also released that year, suggests Black people did not fight to end slavery – white people did. Meanwhile, the 2013 Oscar-winning 12 Years a Slave, has faced criticism for failing “to represent Black resistance to enslavement”.

When Hollywood producers, such as Davis, decide that facts about slavery are dispensable, they stand to lose their credibility.

Their work is a far cry from the dark and challenging times when the truth about slavery mattered to African American storytellers. From the 1830s to the 1890s, formerly enslaved people used their experiences to shed light on, and humanise the horrendous reality of slavery, building support for abolition.

According to the National Humanities Center at North Carolina University, “The fugitive or freed or ‘ex’ slave narrators were expected to give accurate details of their experiences within bondage, emphasising their sufferings under cruel masters and the strength of their will to free themselves.”

The storytellers, essentially, had to be honest. Brutally honest.

Today, the spirit of the Black Lives Matter movement demands that writers, producers and executives in Hollywood, be they Black, brown or white, pay attention to detail and avoid creating revisionist narratives that seek to moderate the crimes committed by both Europeans and Africans during the transatlantic slave trade.

Africans did sell other Africans into slavery. That tremendously significant detail cannot be bent or avoided. Nor must it, of course, be weaponised to minimise or dismiss the culpability of European slave traders.

Try as she may, Davis cannot offer redemption to Africans that captured and sold people by erasing Dahomey’s slave trading credentials in the search of a false but feel-good narrative that might appeal to a “universal” audience, including white people.

Sure, the history of Dahomey, and especially the Agodjie, is exceptional and undeniably fascinating, but as Black people, that shouldn’t diminish our shared commitment to disseminate the truth in our stories.

Lest we forget, plenty of pre-colonial African states opposed the slave trade. Nzinga Mbemba (1446–1543), who ruled the kingdom of Kongo, for example, wrote to the king of Portugal, João III, in 1526, to demand an end to the illegal depopulation of his kingdom. His successor, Garcia II, did likewise, but without much success. Other states that resisted the slave trade include Futa Toro and Futa Jallon in West Africa.

The artistic convergence of African history and capitalism could serve as an ideal platform to establish informative, action-packed and thought-provoking films and conversations about the continent, Blackness and slavery.

However, The Woman King amounts to a wasted opportunity to creatively explore a critical time in African history. The inclination by Davis to defer to wild romanticism (in lieu of fundamental facts) does an incredible disservice to the African societies decimated by slavery and the memory of 12 million souls shipped abroad.

Black is King, Black Panther and The Woman King demonstrate an obsessive and incessant determination to eschew reality and reinvent Africa’s past. It is time to respect the fact Africa has a rich, vibrant and imperfect history.

In 2020, Davis ironically asked: “With any movie – are people ready for the truth?”

Black people are. Filmmakers claiming to speak for Africa should be too.

Mhaka has a BA Honours degree from the University of Cape Town and works in the communications industry.

The views expressed in this article are the author’s own and do not necessarily reflect Live Africa New’s editorial stance.