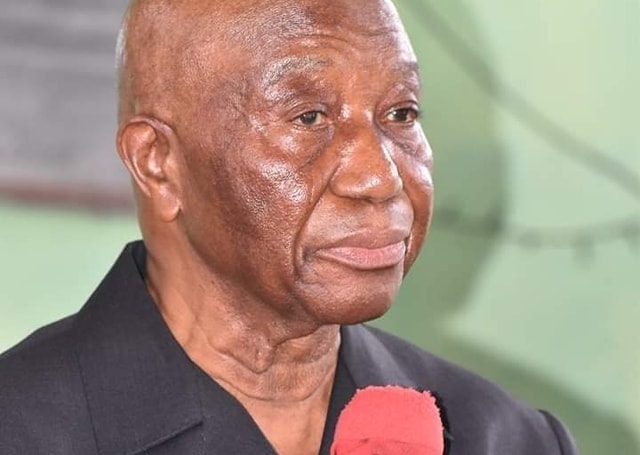 As political opponents ramp up to face-off in the upcoming elections, mudslinging is expected, and even considered a hallmark of democratic society to call out perceived missteps made by challengers. But, as former Vice President Joseph Boakai puts the Coalition for Democratic Change (CDC) on blast, there is curiosity around his ability to see the irony in it all; and if he’s heard of the old adage, those who live in glass houses shouldn’t throw stones.

It was reported that on a recent visit to Ganta in Nimba County, Boakai said the CDC is  “completely irresponsible.” He argued in broad strokes that the Weah Administration has widespread corruption, and went as far as to tiptoe around accusations of fraud, but completely failed to provide any specifics around how the CDC has been feckless.

Perhaps this is a projection of Boakai’s own failures during his time as vice president, or maybe he’s feeling the heat as criticisms mount against him (a la Mo Ali and Amin Modad) in his most recent stint as the leader of the Unity Party .

In any case, during his unravelling this past weekend, Boakai boasted, “I will turn this around. Three years after my ascendancy to the presidency, Liberians will see a new Liberia.”

For one, during Boakai’s time as Vice President under President Ellen Johnson Sirleaf’s administration, he did nothing to support the failing economy. In 2011, the then-finance minister boasted, “[W]e’ll be on a trajectory to becoming a middle-income country in the next 10 or 15 years.”

Yet, by 2016, GDP per capita was still just $455 and – spoiler alert – Liberia is still one of the poorest countries in the world.

On the heels of a global pandemic that has wiped out margins of success in countries across the African continent, it seems unlikely he’s learned how to rebuild the economy when he couldn’t even do it in less dire circumstances.

At his event, Boakai also went on to promise that the CDC government will account for all its alleged corrupt activities through audits, if he secures the presidency. But in 2006, he was part of a notoriously corrupt administration, and did nothing to resolve that matter of exploitation. Does this mean the rules only apply to his political opponent? That seems more autocratic than democratic.

Boakai also claimed that President Weah and his CDC government have done nothing because they don’t care. But Boakai’s own political record has been inaction.

When President Sirleaf was verbally assaulted by Wilmot Paye and others, where was Boakai? Was he sanctioning the press conference – taking on the role of perpetrator of violence – or was he just quiet? Perhaps he was jealous of the attention a woman was getting.

Women were key drivers and important negotiators of peace for Liberia during the civil wars, and the international community recognized Sirleaf with a nobel prize. Noticeably missing were honorable mentions of Boakai’s triumphs.

Furthermore, when Liberia was looking to move forward by holding war criminals accountable for their actions, he failed to follow through with recommendations made by the Truth and Reconciliation Commission.

Yet he believe’s he is now capable of unifying the country, and protecting our neighbors and families. How, exactly, would he do this given his commitment to impunity?

Then, there is the little matter of who is anticipated to be Boakai’s running mate – alleged war criminal Benoni Urey – which calls into question his judgement and integrity. When Urey was the former maritime commissioner under warlord Charles Taylor, he secured weapons that contributed to the executions of thousands of Liberian citizens.

So, what was that again about Boakai protecting Liberians?

Finally, Boakai is all but morphing into that which he so overtly calls President Weah: a liar.

Boakai stood on his soapbox this weekend, and pontificated that the CDC government is planning to rig the elections, and that he believes that the Liberian people will deny the regime re-election. Where is the proof of this? Does he really believe after the world watched the former U.S. President Donald Trump, he can steal a page from his playbook and we won’t notice?

Sorry, but this is more of the unhinged Boakai we’ve come to expect in recent years; and he has yet again underestimated the Liberian people. We see him for what he really is. We know what it means to have him as a leader because we had him as a leader once before. He failed, miserably. We won’t repeat the same mistake twice.