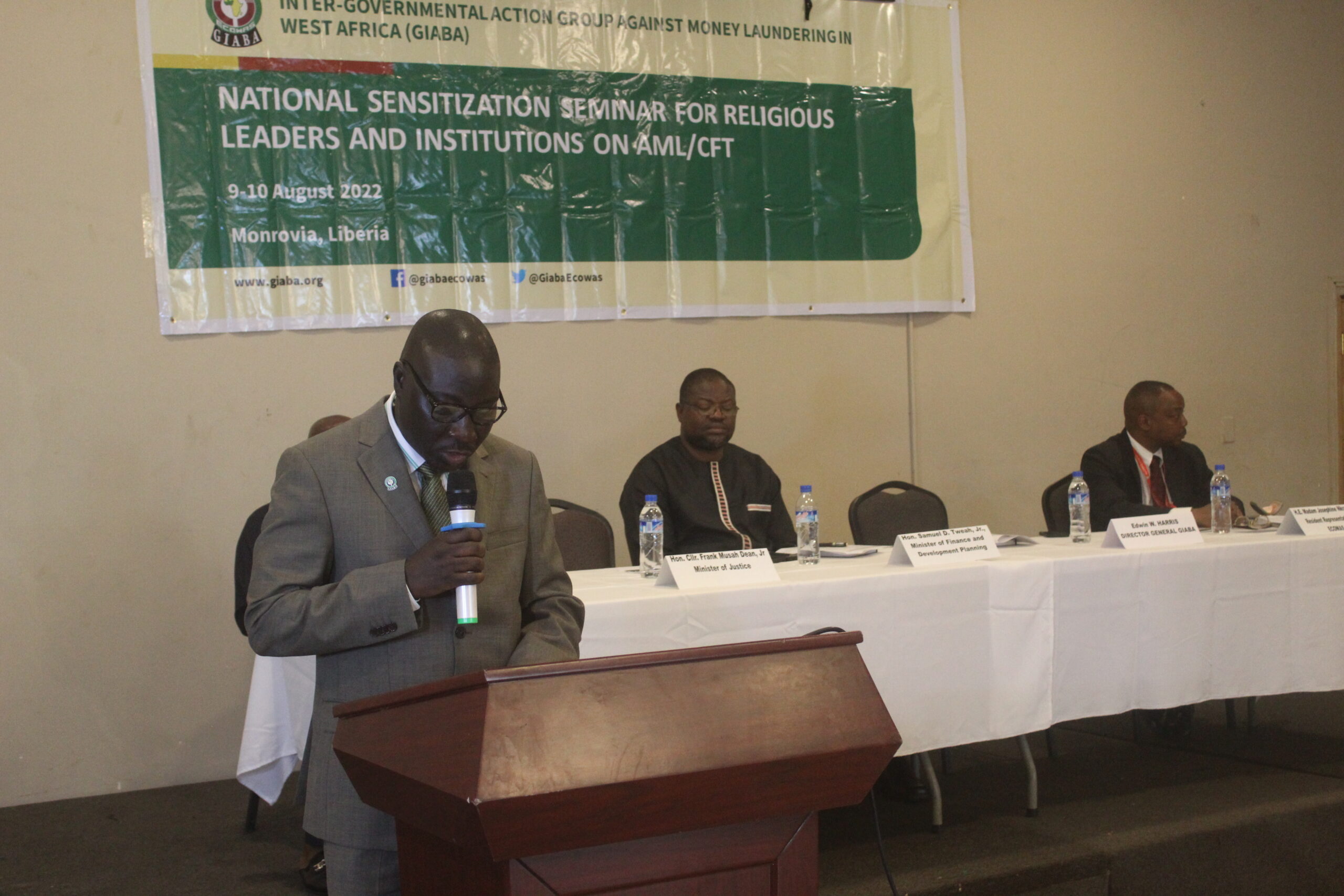 The Inter-governmental Action Group Against Money Laundering in West Africa (GIABA) has begun the Second Round Mutual Evaluation/Peer Review of Liberia’s Anti-Money Laundering (AML) and Counter-Financing of Terrorism (CFT) in West Africa, in an effort to increase its capacity to go after criminals involved in money laundering schemes.

For Liberians, this signals a welcome commitment to combating corruption that has plagued the country since before (and especially during) the civil wars; yet, GIABA could provide even more support by expanding its scope to include civil war era criminals, as a show of the group’s responsibility to accountability.

Afterall, Liberians faced an enormous amount of corruption during that time, which involved the mismanagement of public funds, and were then provided no recourse as those who committed crimes still operate as civilians with complete impunity, and often with greater unexplained wealth than those who have followed laws and supported the country’s ethical development. By delivering on the promise of thorough and fair investigations of key figures and prosecutions of those found to be suspects of crime, would do much to increase public confidence in GIABA and likewise serve as a deterrent to future financial abuses.

Despite the current trend of impunity, studies show when nations provide pathways to justice, due process serves a far-reaching purpose, by promoting safety, fairness and equity across many different aspects of society. Additionally, justice is an important and irreplaceable part of economic growth.

Inarguably, Liberians have already suffered from the oppression of war crimes for far too long, they need not suffer any more economic obstacles, too.

For these reasons, GIABA would do well to focus its attention on some of the most well known arms traffickers and money launderers from the civil wars who continue to flaunt their impunity in public life today.  One potential target for investigation is rumored to be Benoni Urey, a former Maritime Commissioner under Charles Taylor and the current leader of the All Liberian Party. As a key senior member of the Taylor regime during the war, Urey was the point man in purchasing arms to fuel Taylor’s war machine and child army, breaking the United Nations arms embargo. He was subsequently sanctioned by the United Nations in 2000 for his role in arms procurement for Revolutionary United Front (RUF) rebels; and was listed as a specially designated national (SDN) by the U.S. Treasury Department, resulting in frozen assets and a travel ban to the United States.

While Urey has denied a role in any wrongdoing, saying he simply carried out an order given to him by Taylor’s finance minister, the claim has been met with a fair amount of skepticism, especially given his repeated calls for Taylor’s release.

The problem with Urey claiming complete ignorance for illegal actions, is that he also likes to play the part of a savvy politician, as is evidenced by his run for the presidency in 2017, and more recently, his attachment to the Boakai political apparatus. It seems to suggest that he is either lying about his involvement in weapons acquisitions, or in his political intellectual horsepower.

Urey fails to understand that ignorance does not equate to innocence, and intentions do not matter, outcomes do. The consequences of his actions have had undeniable lasting, and devastating impacts for the Liberian people.

First, the arms Urey is alleged to have purchased wound up killing thousands of innocent Liberians; someone must answer for those deaths. Second, he misused resources in a country already plagued by poverty and economic hardship; more than half of the population lives below the national poverty line. Third, he undermined the laws of Liberia; he misused his power to pay and therefore employ Viktor Bout, the infamous “merchant of death,” with the sole intent to misuse the country’s diplomatic immunity to run guns, fueling war and conflict.

Then there is the matter of Urey’s own wealth.

It is believed that Urey is Liberia’s richest man, yet there is no paper trail which shows how he earned his money in such a short period of time. Indeed, his only record of gainful employment and source of livelihood was as Commissioner of Maritime Affairs before he mysteriously found himself atop a telecommunications empire of suspect origin.

If money laundering is defined as the concealment of the origins of illegally obtained money, isn’t the undocumented and unexplained gain of overnight wealth by Urey at least a red flag?

GIABA has a real opportunity to correct years of wrongdoing for the Liberian people – and they should. Those who have been aggrieved and experienced trauma as a result of bad people taking advantage of hard times, deserve to find peace. So, let’s go after the criminals. Let’s find a hero in GIABA by finally going after those who have escaped the consequences of their actions.