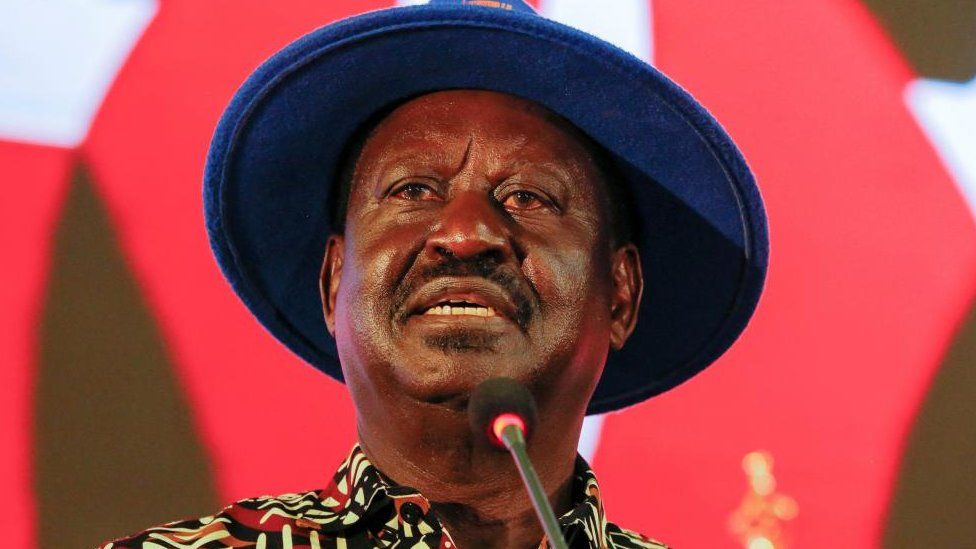 Kenya’s defeated presidential candidate Raila Odinga has rejected as “null and void” the result of the August 9 election and said that Kenya’s democracy faces a long legal crisis.

Deputy President William Ruto was officially declared the winner on Monday by a slender margin.

Odinga’s first comments on the result came shortly after four of the seven election commissioners said they stood by their decision a day earlier to disown the outcome of the presidential poll, saying the final tallying process had been “opaque”.

“Our view is that the figures announced by [electoral commission chairman Wafula] Chebukati are null and void and must be quashed by court of law,” Odinga, who was making his fifth bid for the presidency, told a news conference on Tuesday.

“What we saw yesterday (Monday) was a travesty and a blatant disregard of the constitution and the laws of Kenya,” he said.

“Will be pursuing all constitutional and legal options available to us.”

Chebukati declared current Deputy President William Ruto the winner on Monday with 50.49 percent of the vote against Odinga’s 48.5 percent.

Minutes earlier, the Vice Chairperson of the Independent Electoral and Boundaries Commission (IEBC) Juliana Cherera told media at a separate location that she and three other commissioners disowned the results.

Cherera said the results that gave Ruto a wafer-thin victory were erroneously aggregated and accused Chebukati of overruling their questions on the final tally. She said the elections had been conducted properly.

Odinga broadcast the dissenting commission members’ news conference at his own venue before taking the stage.

Bobby Mkangi, a constitutional lawyer, said that if the Supreme Court reverses Chebukati’s decision, Kenya faces new elections in 60 days, adding that otherwise the president-elect will be sworn in within seven days.

He told Al Jazeera that the legal process is likely to prevent turmoil in the country and violence on the streets.

“The new constitution infused necessary processes from the lessons learned from the 2007 violence,” Mkangi said.

“We have a robust and more independent judiciary. This will be third time the Supreme Court will be entertaining such a petition,” he also said.

Kenya’s deadliest electoral violence occurred after the 2007 vote, when more than 1,100 people died in bloodletting between rival tribes.

In August 2017, the Supreme Court annulled the election after Odinga rejected a Kenyatta victory. Dozens of people were killed by police in post-poll protests.

Call for peace
On the campaign trail, both contestants pledged to resolve any disputes in court rather than on the streets.

Violent protests nevertheless erupted in Odinga’s strongholds in informal settlements in the capital, Nairobi, and the lakeside city of Kisumu on Monday evening, although the situation was calm on Tuesday.

In his speech, he urged his supporters to maintain peace.

“Let no one take the law into their own hands,” he said.