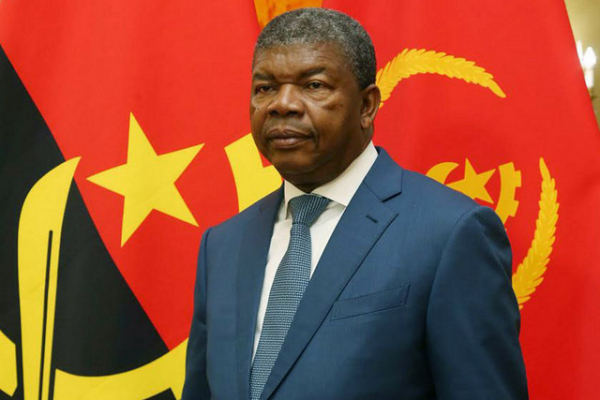 Angola’s opposition is looking to capitalise on growing dissent against the government, to scuttle President Lourenço’s re-election bid.

On August 22, millions of voters in Angola will go to the polls for parliamentary elections that will also decide the country’s new leader.

They will elect a new president and members of parliament simultaneously with a single mark on a ballot paper under the country’s electoral system.

The incumbent President Joao Lourenço is seeking to extend his presidency with a second five-year term on the platform of the ruling Popular Movement for the Liberation of Angola (MPLA), which has been at the wheel for almost half a century.

Lourenço became president in 2017, handpicked by his predecessor Jose Eduardo dos Santos who stepped down after four decades of iron-fisted rule.

He presented himself as a man who could usher in a new era and a clear break from the past; painful memories of civil war, mismanagement of state resources and extreme poverty.

“It’s the first time we’ve had a different president than dos Santos since 1979. Many of us Angolans have only known one president throughout our entire lives,” Silva told reporters.

How has Lourenço’s presidency been?
There were symbolic actions during Lourenço’s first few months in office. He met longstanding MPLA critics at the presidential palace, called out the police for excessive use of force against protesters and urged state-owned media to move their reporting beyond the party’s official lines.

But beyond olive branch offerings to different segments of the Angolan society, the promised transformation never came, analysts say.

Much anticipated local elections have been indefinitely delayed in a bid to maintain centralised power over the provinces.

Private TV and radio stations have been randomly shut down by the state.

His anti-corruption fight, another of the cornerstones of his pre-election campaigning, has led to raised eyebrows too.

“[That] has been seen as highly selective and as a witch-hunt against his predecessor and his cronies”, Silva told reporters. “People in his own cabinet were accused, with evidence, of clear corruption violations, but he did nothing, nor did his courts.”

Lourenço sought to forge ties with new partners like the United States, Turkey, the United Arab Emirates (UAE), Germany and Qatar. His efforts to revitalise the nation’s closed economy such as privatising state-owned companies and IMF-sponsored plans have won international praise.

What are the main issues?
While foreign investors and those in local business circles praise Lourenço as a courageous great reformer, many Angolans say these policies have barely improved the standard of living in one of the world’s most deeply unequal societies.

Half of the population still lives in extreme poverty. Unemployment has consistently been more than 30 percent over the last few years. The privatisation of state-owned companies has not improved the infrastructure or the health and education system.

“Sixty-five percent of the Angolan population is urban,” said Marisa Lourenço (no relation to the president), a Johannesburg-based analyst at the consultancy Control Risks. “People are crowded into cities with inadequate housing and infrastructure with no prospect of living conditions improving or more employment opportunities coming about.”

People below 30 years make up more than two-thirds of Angola’s population and could easily be the demographic that shapes the election, pundits say.

“They have no memory of our destructive civil war but they have witnessed for 30 years how MPLA wasted our generation’s greatest opportunity to actually develop the country … and how rampant corruption utterly destroyed our society and our ability to become a stable state,” Silva said.

In recent months, more and more young people, especially in urban areas, have been quite vocal. Those who have taken to the streets to demand better living standards have gotten a harsh police response.

Can the opposition end MPLA dominance?
With less than a month to the election, the opposition is strategising to capitalise on the anger of frustrated citizens and the increased pressure on the governing party to seize power. The coalition led by UNITA hopes that Costa Junior can unseat Lourenço.

Preliminary polls show Costa Junior, a charismatic politician, is gaining momentum in urban areas. If he succeeds, he will be the first opposition candidate to win the presidency since the introduction of multiparty rule in 1992.

In May, an Afrobarometer survey showed that UNITA was seven points behind the MPLA, with almost half of voters still undecided about who to vote for.

However, Control Risks’ Lourenço believes the party seems to be lacking a communication strategy.

“UNITA’s policies are not clear,” . “We know more about its complaints against the MPLA than about its own stance. Voters want clarity.”

And despite the opposition’s increasing popularity, the governing party’s absolute control over the state institutions like the National Electoral Commission and the Constitutional Court could help its quest to extend power, pundits say.

“It’s more than obvious that MPLA will resort to well-known illegal means to maintain power at all costs,” Silva said.

But as his premise of a new era has slowly faded away and his popularity has shrunk, a potential victory could “stoke a social unrest followed by a repressive response from the state to maintain the MPLA rule”, Control Risks’ Lourenço said.