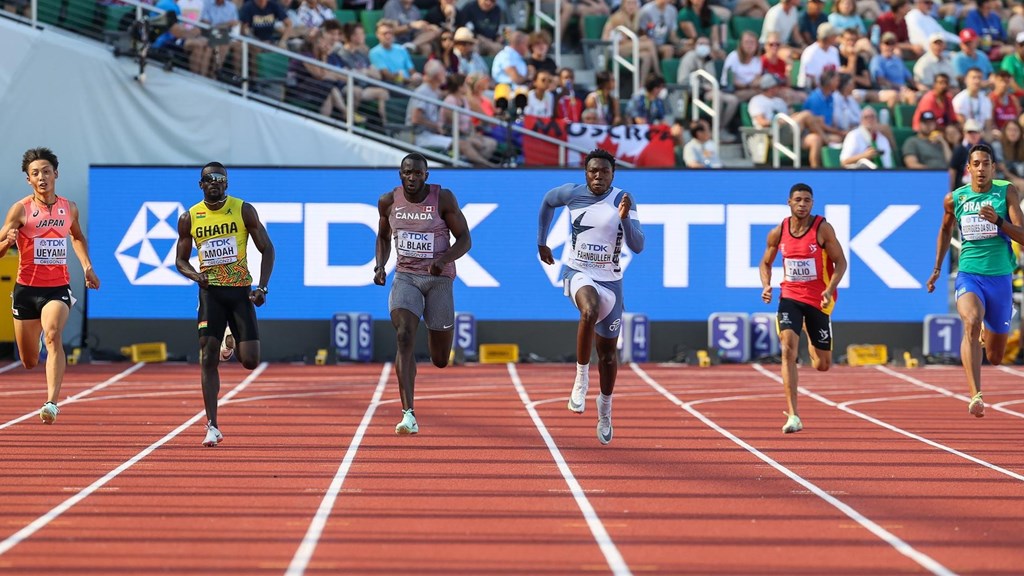 For the second-straight year, Joseph Fahnbulleh will race in the finals at a global track and field meet.

Fahnbulleh was second in his heat, crossing the line in 19.92 and earning an automatic berth into the finals.

The Hopkins, Minn. native will line up with some of the best athletes in the world on Thursday evening in search of his first global medal.

Fahnbulleh was the NCAA Champion across 100 and 200 meters just last month as he helped the Gators to the team title in Eugene.

No Liberian has ever medaled at World Championships, paving the path for Fahnbulleh to be the first to ever do so for his country.

The final of the 200 meters will take place on the USA Network on Thursday evening at 10:50 PM EDT.

Advanced to Next Round
Joseph Fahnbulleh (Liberia): 200 Meters