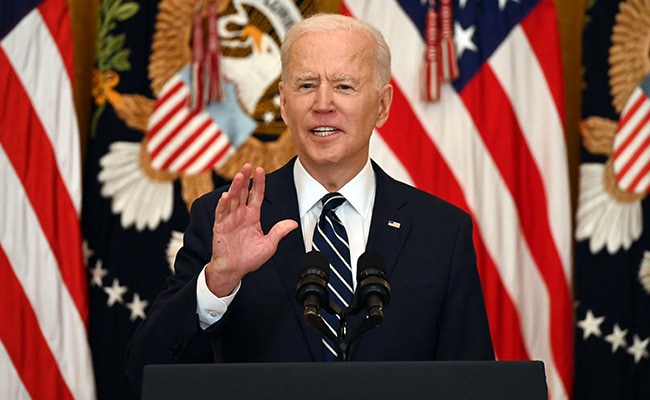 The decision is based on a request made by US Defense Secretary Lloyd Austin to better address threats from al-Shabab.

United States President Joe Biden has authorised the deployment of American troops to Somalia, reversing a decision by his predecessor Donald Trump last year to remove nearly all forces that had been operating there.

The White House on Monday confirmed Biden’s decision, which was based on a request made by US Defense Secretary Lloyd Austin. It was first reported by The New York Times (NYT).

“The President has approved a request from the secretary of defence to reestablish a persistent US military presence in Somalia to enable a more effective fight against al Shabab, which has increased in strength and proposed poses a heightened threat,” White House Press Secretary Karine Jean-Pierre said.

“This is a repositioning of forces already in theatre who have traveled in and out of Somalia on an episodic basis since the previous administration made the decision to withdraw,” Jean-Pierre said.

Prior to Trump’s withdrawal, the United States had about 700 troops in Somalia focused on helping local forces defeat al-Shabab. The US military has also occasionally carried out strikes in the country and has had troops in nearby countries.

The NYT report cited an official saying the US decision was approved in early May and would include the deployment of no more than 450 troops. An official told Reuters it would be fewer than 500.

The Pentagon said the troops would not be engaged in combat.

“Our forces are not now, nor will they be, directly engaged in combat operations,” said Pentagon press secretary John Kirby. “The purpose here is to enable a more effective fight against al-Shabab by local forces.”

The move comes amid heightened concerns about the country’s al-Qaeda-linked armed group, al-Shabab. The group, which is seeking to topple the government and establish its own rule in the country, has made territorial gains against Somalia’s federal government in recent months. It reversed the gains of African Union peacekeepers who once had pushed the armed fighters into remote areas of the country.

Word of the deployment decision also came after Hassan Sheikh Mohamud, who served as Somalia’s president between 2012 and 2017, was announced on Sunday as the winner of a protracted election.

Al-Shabab frequently carries out bombings in Mogadishu and elsewhere as part of its war against the Horn of Africa country’s central government.

Somalia has endured conflict and clan battles with no strong central government since the fall of dictator Mohamed Siad Barre in 1991. The government has little control beyond the capital and the African Union contingent guards in an Iraq-style “Green Zone”.