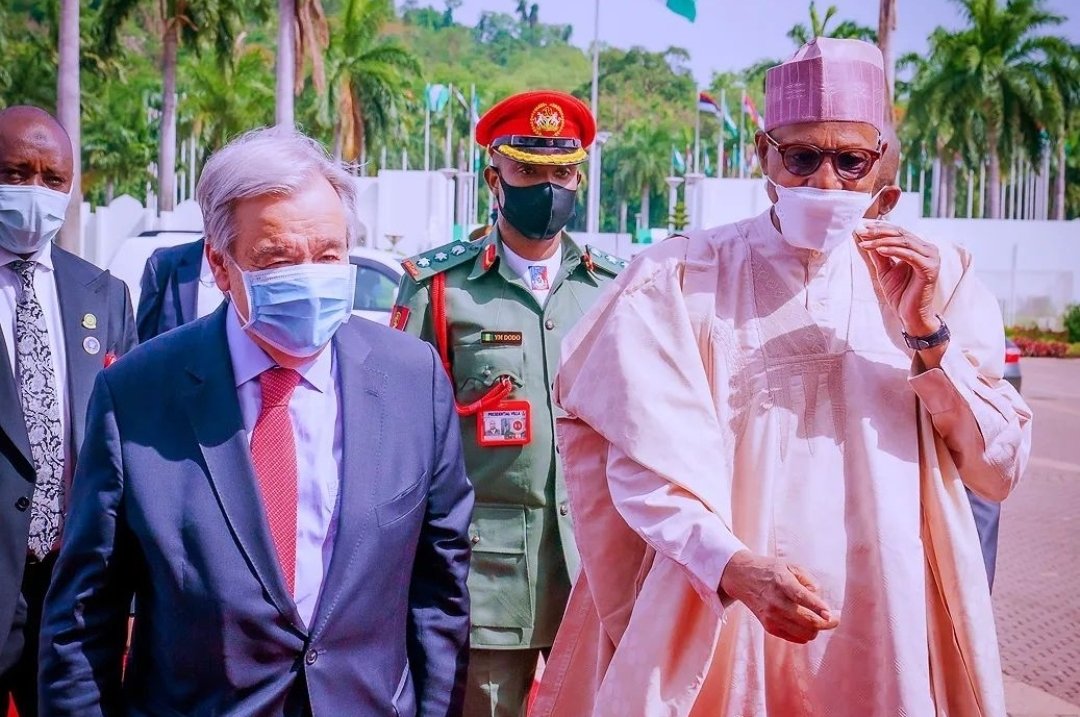 MAIDUGURI, Nigeria– U.N. Secretary-General Antonio Guterres said on Tuesday he fully supported moves to expand facilities to reintegrate surrendering Islamist insurgents in northeastern Nigeria because it was a key step to achieving peace in Africa’s most populous nation.

Nigeria has been fighting Islamist group Boko Haram and its offshoot Islamic State West Africa Province (ISWAP) for more than a decade, in a conflict that has killed thousands and forced millions to flee their homes.

As part of efforts to end the conflict, the government is reintegrating fighters who voluntarily surrender.

Borno state Governor Babagana Zulum said at least 40,000 Boko Haram fighters and their families have turned themselves into authorities since last year, as the group reels from the death of its leader early in 2021 and as rival ISWAP seeks to absorb them.

Guterres, who visited a camp housing some fighters who surrendered and another housing internally displaced persons in the Borno state capital, Maiduguri, later told a news conference that the integration programme would help achieve peace.

“The governor has told me that you need to create new facilities to be able to have effective reintegration of these ex-terrorists, ex-combatants, and I promised that we would be fully supportive of that project,” Guterres said.

“The best thing we can do for peace is to reintegrate those who in the moment of despair became terrorists but now want to become citizens and to contribute to the well-being of their brothers and sisters.”

The reintegration of the fighters is creating tensions particularly in Maiduguri where weary citizens have borne the brunt of more than a decade of Boko Haram’s brutal attacks.

Guterres urged continued humanitarian support in Borno, but added that, ultimately, people in camps wanted to return to their homes “in safety and dignity.”

The Borno state government in December started closing some camps for internally displaced people, citing improved security and the surrender of Boko Haram fighters, although humanitarian groups say it is still unsafe for people to return to their homes.