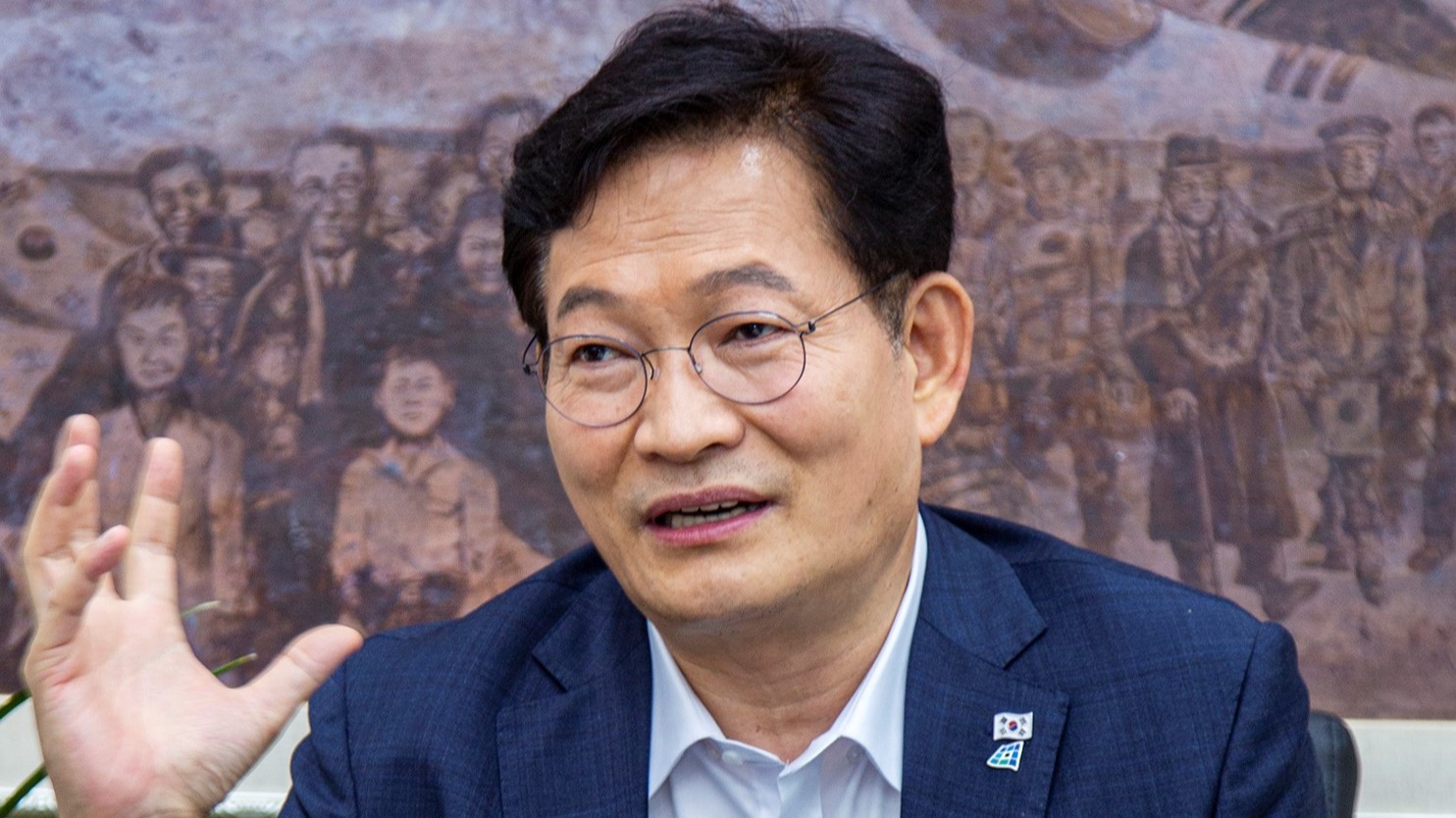 The leader of South Korea’s ruling party was hospitalized on Monday after being attacked while campaigning for this week’s presidential election, a race already overshadowed by controversy and in which early voting has been marred by irregularities.

Democratic Party leader Song Young-gil was attacked in Seoul by a man wearing a traditional robe who approached him from behind and struck him on the head with a smaller hammer, a video uploaded to YouTube by a Democrat campaigner showed.

Reuters could not independently verify the images, but party officials said Song was in a stable condition and a suspect was in police custody.

In a contest characterized by scandals, smear tactics and gaffes, the Democrats’ Lee Jae-myung and Yoon Suk-yeol of the conservative main opposition People Power Party are running neck-and-neck

Both men on Monday condemned the attack on Song, who is also Lee’s campaign manager.

“Violence harms democracy, it can never be accepted,” Lee told another rally in the southeastern port city of Busan, and wished Song a rapid recovery.

Yoon issued a statement saying any violence interfering in the election could not be justified and hoping for Song’s speedy recovery and all campaigners’ safety.

President Moon Jae-in called the attack a “terror against democracy,” his spokeswoman said.

The attack came after early balloting that ended on Saturday was blighted by long waits for coronavirus sufferers, while some voters received used ballots.

The two days of voting drew a record of nearly 37% of the electorate but also tarnished South Korea 35-year democratic history of tight and relatively transparent management of elections, and a mostly successful fight against COVID-19.