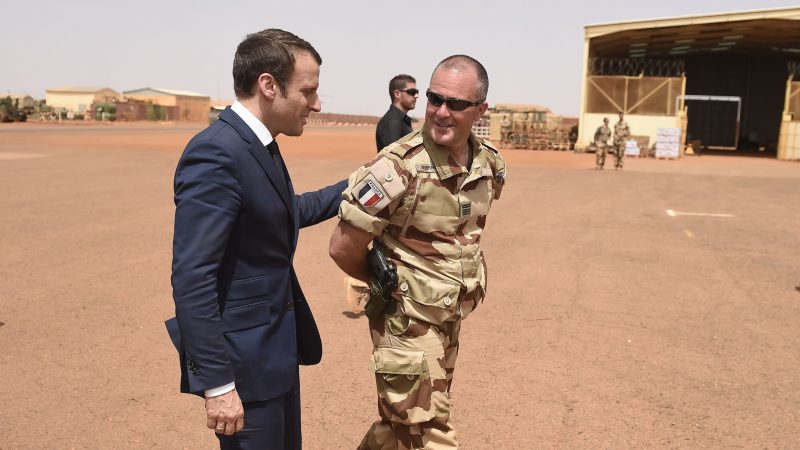 President Mohamed Bazoum says Niger has accepted that French and European special forces will be deployed into its territory from Mali to boost security near the border with its neighboring country.

Bazoum’s comments on Friday came a day after France and European allies announced they would begin withdrawing troops from Mali fighting armed groups operating in the western portion of Africa’s Sahel region.

“Our goal is for our border with Mali to be secure,” Bazoum said on Twitter, adding that he expected threats from the armed groups to rise in the area following the departure of the forces.

“This area will be even more infested and the terrorist groups will strengthen. We know that they are destined to extend their influence,” Bazoum said, adding the deployed forces would be able to respond to threats from armed groups in the area.

Some 2,400 French troops that were part of the forces deployed in Mali to combat groups linked to al-Qaeda and ISIL (ISIS), and about 900 special forces in the French-led Takuba task force, are expected to leave Mali in coming months.

Niger, Mali and Burkina Faso have struggled to contain armed groups that have killed hundreds, displaced millions and made swathes of territory in the tri-border West African Sahel area ungovernable.

Maïkol Zodi, a leader of a movement that has been leading protests against foreign troops in Niger, said on Thursday that their presence was illegal.

“It is unacceptable and intolerable to accept this redeployment on our territory. If they do, we will treat them as an occupying force,” Zodi said.

‘A Malian problem’
Mali has struggled to regain stability since 2012, when ethnic Tuareg rebels and loosely aligned armed groups seized the northern two-thirds of the country.

Forces from former colonial power France intervened and helped beat the armed groups in 2013, but the fighters regrouped in the desert and began carrying out regular attacks on the army and civilians. They have since exported their methods to neighbouring Burkina Faso and Niger where violence has skyrocketed in recent years, leaving a grave humanitarian crisis in its wake.

France has about 4,300 troops in the Sahel region, including 2,400 in Mali. Its so-called Barkhane force is also involved in Chad, Niger, Burkina Faso and Mauritania.

A statement signed by France and its African and European allies on Thursday said that “multiple obstructions” by Mali’s ruling military government meant that the conditions were no longer in place to operate in the country.

France and 15 European countries in December condemned the Malian authorities’ decision to allow the deployment of personnel from Russia’s Wagner Group, which has reportedly started operating in the country and is accused of rights abuses in the Central African Republic, Libya and Syria.

The withdrawal decision applies to both Barkhane and the Takuba European force that France had been trying to forge along with its allies.

President Emmanuel Macron said France’s bases in Gossi, Menaka and Gao in Mali would be closed within the next four to six months and promised an “orderly” withdrawal.

On Friday, French foreign minister Jean-Yves Le Drian said Mali’s capacity to fight against armed groups on its territory its now its own issue.

“This is a Malian problem, it is not a French problem any more”, he told LCI television.