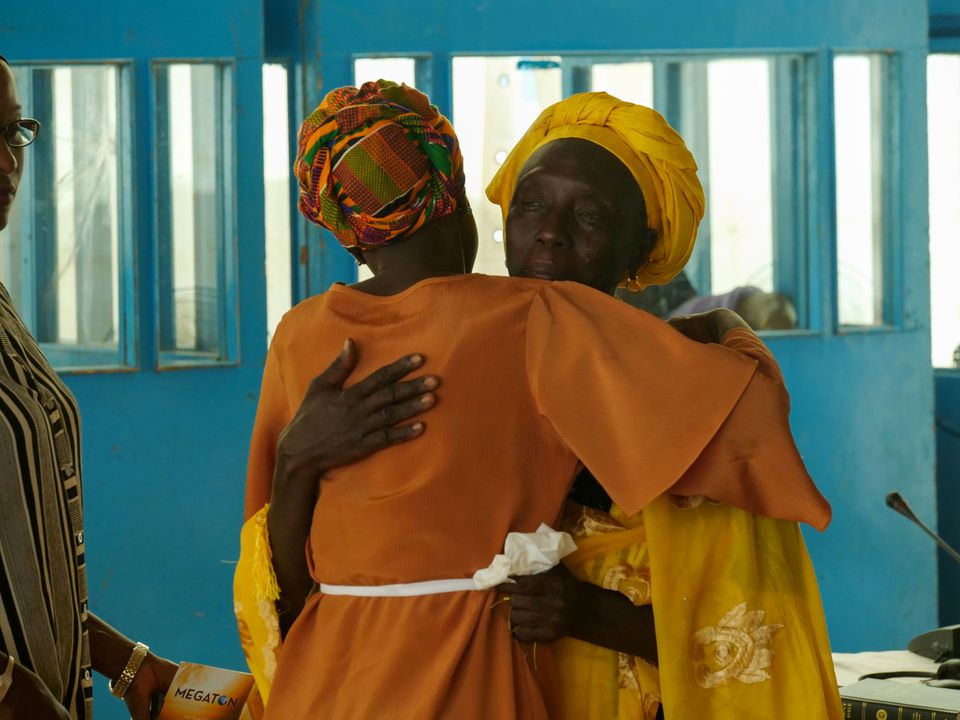 BANJUL– A Gambian commission wrapped up a sweeping three-year public inquiry into former president Yahya Jammeh’s 22 years in power on Thursday by recommending prosecutions for killings, torture, and other abuses committed during his tenure.

The Truth, Reconciliation and Reparations Commission (TRRC) delivered its report to President Adama Barrow, nine days before an election in which the exiled Jammeh has urged his supporters to vote for an opposition coalition.

Nearly 400 witnesses testified before the TRRC, including both victims and perpetrators.

“To forgive and forget with impunity the violations and abuses … would not only undermine reconciliation but would also constitute a massive and egregious cover-up of the crimes committed,” the commission said in a statement.

In all, 240-250 people died at the hands of the state or its agents, the commission said. It recommended that the “persons who bear the greatest responsibility for abuses” be prosecuted but did not name anyone.

Barrow or his successor have six months to decide how to respond to the report, which was not made public.

“I assure (the victims and their families) that my government will ensure that justice is done,” Barrow said in a statement, “but I urge them to be patient and allow the legal process to take its course.”

Jammeh, who came to power in a coup in 1994, is in exile in Equatorial Guinea, where he fled after refusing to accept defeat to Barrow in 2016. He has denied allegations of wrongdoing and could not be reached for comment on Thursday.

Under Gambian law, a former head of state cannot be prosecuted unless parliament approves proceedings by a two-thirds majority – not a formality given Jammeh’s continued influence.

The TRRC inquiry, broadcast live on television and radio, at times transfixed a nation of 2.5 million people that for two decades lived in fear of Jammeh’s National Intelligence Agency (NIA) and his personal hit squad known as the “Junglas”.

Gambians watched as perpetrators, seated in a hotel conference room in front of posters that promised “never again”, admitted to carrying out killings on Jammeh’s orders.

Malick Jatta, an army lieutenant, said Jammeh had paid over $1,000 each to the men who killed newspaper editor Deyda Hydara in 2004.

Sergeant Omar Jallow testified that in 2005, Jammeh ordered the killing of 59 migrants who he thought had come to overthrow him.

Fatou Jallow, the winner of a 2014 beauty pageant, said Jammeh had raped her when she was 19.

Some witnesses described being tortured at NIA headquarters. Others detailed Jammeh’s claims to have a herbal cure for AIDS. Witnesses said many patients had died after Jammeh persuaded them to stop taking anti-viral medication and drink a homemade potion instead.

Reconciliation commissions, following the lead of the one that helped South Africa make a mostly peaceful transition from apartheid, have had varying success in Africa.

Liberia’s commission, which like South Africa’s did not have prosecutions as its goal, left many citizens feeling that those responsible for a decade of civil war which saw 250,000 innocent lives lost and the massive displacement of one-third of the population, had escaped justice. Liberians are frustrated and some deeply angry that those responsible for the decade of civil war are now in appointed or elected positions of power in the country which makes addressing the injustices of the civil war years even more difficult, hampering post-conflict recovery efforts. Liberians have called on the international community, international institutions, and countries like the United States, the United Kingdom, and others to assist in bringing actors of the war to justice.

In Rwanda, however, where 800,000 died in a 1994 genocide, community tribunals did bring a degree of closure by trying abuses.

Rights groups applauded the transparency of Gambia’s commission, but victims have been frustrated by its slow pace and angry that people who admitted to crimes have, for now, been allowed to walk free.

“The recommendations are a good step. We need strong political will to carry out these prosecutions,” said Fatoumatta Sandeng, the daughter of opposition leader Solo Sandeng, who died in custody in 2016.

“Six more months is a long time – we are tired of waiting.”