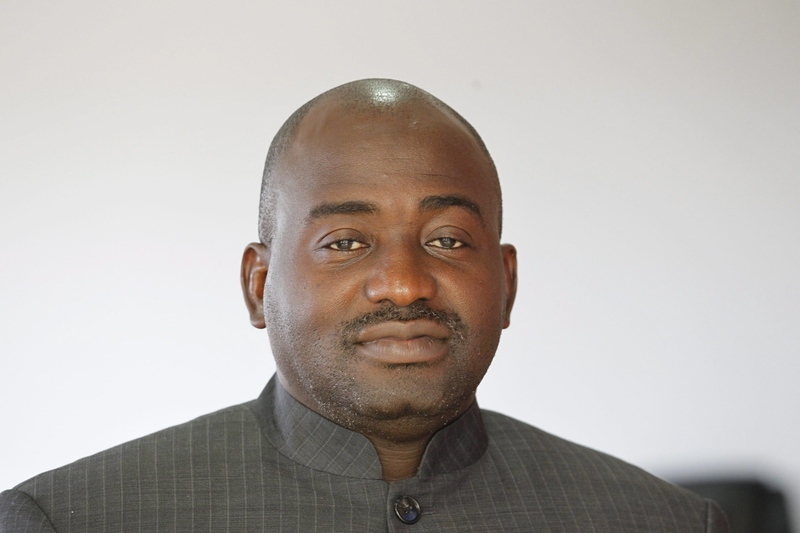 It seems that the more that the audience gets smaller and smaller for provocateur radio host Henry Costa, the more outlandish and reckless his statements on behalf of his shady patrons.

Case in point, over the past week, Mr. Costa has been bizarrely obsessed with attacking members of the Collaborating Political Parties (CPP), attempting to sow divisions with threats, insults, and defamatory claims.

On repeated shows last week, his target for libel was Musa Hassan Bility, the Chairman of the Liberty Party.

“Musa Hassan Bility, that criminal,” Costa thundered, clearly losing control of his emotions on his show dated the 27th of October. “You know only in Liberia will a criminal such as Musa Bility be the chairman of a political party that promises to bring change.”

But Costa wasn’t done earning his paycheck with just that. Regarding Bility, he said “he has no character, he has a terribly bad internationally stigmatized reputation,” and then went to on to say that Bility “loves money,” and alleged – without any evidence – that the Liberty Party leader had been “bought” by Alexander Cummings.

If the whole point of the CPP is strengthening unity and building solidarity among opposition, could there be anyone more poisonous than Benoni Urey and his errand boy Henry Costa? What did Musa Hassan Bility to do earn the ire of these incoherent ravings? He apparently held a meeting with Cummings, which apparently is somehow forbidden, according to these men who seem to misjudge their positions.

Everyone knows the true reason why Costa is tearing up the CPP. It’s an openly acknowledged fact that he is the paid attack dog of the odious Benoni Wilfred Urey, the man accused of helping Charles Taylor traffic arms, the man whose own All Liberian Party only earn 1.5% of the popular vote in 2017. Bility’s party, which in 2017 was under the leadership of the late and well respected Charles Brumskine, outperformed Urey’s party by a magnitude ot 10 times, so one wonders who exactly Urey thinks he is by having his paid attack dog take shots at a fellow party leader who resides so much higher in the hierarchy.

Let’s be very clear about one thing – Benoni Urey isn’t fit to shine the shoes of Chairman Musa Hassan Bility. He’s also not fit to play any role in the future of the CPP and its important mission of building a consensus unity platform and deliver quality leadership to all Liberians.

Musa Bility has every right and duty to meet with Cummings, because that’s what responsible leaders do in a civilized country – they meet, they engage, and they seek to understand concerns of other members, and they work together to overcome challenges. The fact is, people Benoni Urey and his sad puppet Henry Costa, they don’t understand civility, they only understand barbarism. There’s no place for men like that in Liberia’s future, they belong in the past.

But remember, this isn’t the first time that Urey and Costa have tried these same tricks.

According to verified reports, he went as far as to suggest that the entire opposition collaboration in 2017 was a setup specifically for Brumskine and Weah. This earth-shattering false accusation without a shred of evidence did not only provoke a measured response from the former standard-bearer of the Liberty Pary, like the response we now see in the case of the “tampering of framework documents,” in the CPP but it torpedoed the smooth sailing of what is now known as the Ganta Declaration. According to sources, the accusation leveled by this evil-minded man “raised a lot of roadblocks and provoked a near-physical fight” with our former standard-bearer Honorable Brumskine in the home of Senator Johnson.

It’s about time some fellow journalists reach out to interview Senator Johnson on this event so that he speaks openly about the dishonesty and bitterness he saw in this Charles Taylor want to be while collaborating with him.

One needs to understand that what egocentric Benoni Urey cares about like in 2017, is to see another political body he’s a part of falls or fails so that his race for revenge for Charles Taylor’s war crimes conviction and imprisonment is complete. His survival depends on this, so he is getting more and more desperate, as fresh sanctions and arrest warrants await him in the future, as his reputation laundering campaign has stalled out.

If he fails in this last-ditch desperate political act, Mr Gun Runner Urey is quite afraid he’ll end up in Marion Penitentiary in the cell next to his friend and business partner, the fallen arms dealer Viktor Bout.

The tactics are not too surprising. On his October 29, 2021 live show, Costa clearly stated what the objective of the megalomaniac of ALP is, which is to see that the “CPP be dissolved” and their way of achieving that is to build in a fault line between chairman Musa Bility and Honorable Nyonblee Karnga-Lawrence.

But does anybody think this will work? Musa Bility has been through a lot; he has thick skin and has been around politics long enough to understand when megalomaniac Benoni Urey is crying for attention from him. He also understands the playbook he is using which is very much elementary and out of date with the real reality of what the Liberian people care about, want in their lives, and need for the safe future of their children and love ones.

This disinformation pipeline is not new or news to Liberia’s political scene. It is abundantly clear to Chairman Bility that Liberians don’t go to the ballot box because mouth for hire Henry Costa says so. He understands they go there because they want their needs, aspirations, and safety of the families, love ones, and people be the top priority of the elected officials.

What is not also new or news to the Liberian people is Benoni Urey’s desire to use the Liberty Party once again like in 2017 as his target for a propaganda war, which he hopes ultimately become the straw that broke the camel’s back. This, the supporters of the Liberty Party will never allow, and also, it is not yet entirely clear that Nyonblee Karnga-Lawrence has completely overlooked what is happening here, as she has wisely avoided any response or commentary.

The deeper into the weeds we get as the election approaches, the truth, as always, will have a way of coming out, and we’ll be reminded once again who belongs where, and who has no business sitting at this table.