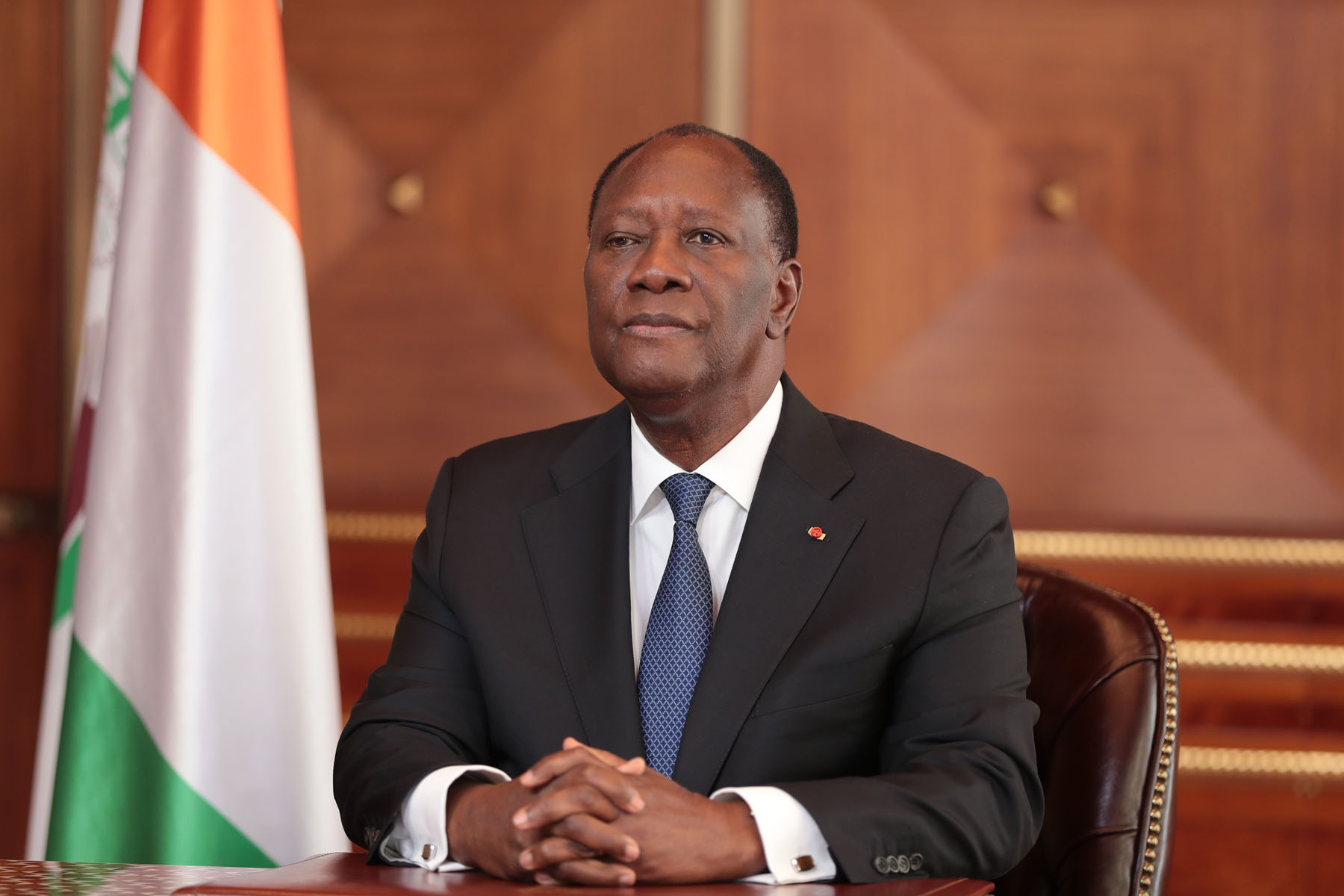 Côte d’Ivoire’s President Alassane Ouattara spoke to the africa report for the first time since he was re-elected in October 2020. He discussed the difficulties of the past year and the political class’ need to undergo a profound transformation.

Côte d’Ivoire’s President Alassane Ouattara (ADO) last spoke with the africa report in March 2020. That interview seems to date back to another time, a time when the post-ADO era was being forged. The head of state, who was 78 years old at the time, had decided to leave power and pass the baton to Amadou Gon Coulibaly (AGC), his “son” and closest collaborator for nearly 30 years. The Rassemblement des Houphouétistes pour la Démocratie et la Paix (RHDP), which had been formed just a few months earlier, was lining up to support this candidacy.

Hamed Bakayoko, one of the party’s heavyweights who was close to the president, had agreed to rally behind Coulibaly and put his talents as well as his network at the service of the “Lion of Korhogo”, of whom he was so complimentary.

Appeasement
A year and a half later, this scenario, which was supposed to pave the way for tomorrow’s Côte d’Ivoire, now looks like a relic. “AGC” and “Hambak”, who died in July 2020 and March 2021 respectively, left a huge void.

ADO finally decided to run for a third term, which set the world on fire. It resulted in a nauseating electoral campaign, a high-tension election, violence and the opposition calling for either destabilization, civil disobedience or a boycott (depending on the level of animosity felt towards the head of state). During this umpteenth political crisis and its resulting fiery consequences, the ghosts of the December 2010-April 2011 period haunted the Ebrié Lagoon.

After these sinister events, reason and appeasement finally prevailed. ADO was re-elected, Laurent Gbagbo, who was acquitted by the International Criminal Court (ICC), returned to Côte d’Ivoire and Henri Konan Bédié agreed to take the good with the bad. The head of state even met with his two predecessors and long-time adversaries, and the trio is once again showing each other “brotherly love” by repeatedly and joyously kissing one another.

In terms of substance, and what each thinks of the other two, this changes nothing. But with regard to form, it changes everything.

Patrick Achi has taken the reins of government, Gbagbo has left the Front Populaire Ivoirien (FPI) to create a new party and the Parti Démocratique de Côte d’Ivoire (PDCI) is still waiting to know if Bédié will one day hand over power. As for Guillaume Soro, the former rebel leader who became president of the National Assembly and is now out of favour, remains in exile. No doubt he is pondering the vicissitudes of fate. After all, if he had just been a little patient and remained in the RHDP, he would now be considered a potential candidate to succeed ADO.

The head of state received the media delegation late on the morning of 15 September in his large office at the presidential palace in the Plateau. During this interview, which lasted more than an hour as reported and was the first he has given since his re-election, he answered questions about the events of the past 18 months and his vision for his country’s future.

For the interview with President Alassane Ouattara, follow the story on the africa report.