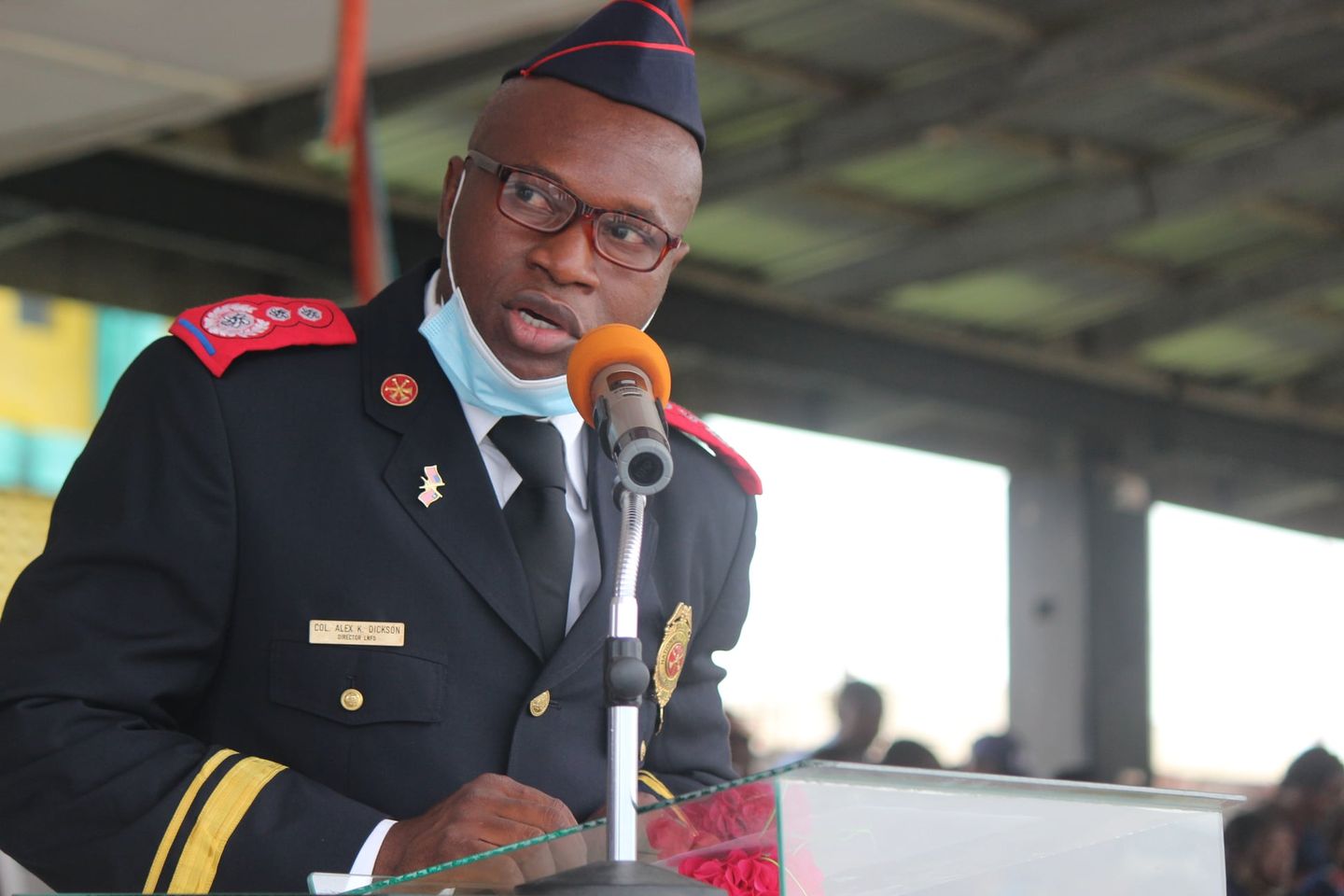 Abuja, Nigeria-According to a statement issued on Saturday by Ugo Huan, FFS spokesman, Colonel Alex Dickson, Liberia Fire Service Chief paid a courtesy visit to Dr. Liman Ibrahim, controller-general of the FFS, on Friday. Ibrahim, who received Liberia’s fire service chief at the FFS headquarters in Abuja, conducted him round the facilities of the service. According to Huan, Dickson commended the efforts of the Nigerian government in repositioning the Federal Fire Service.

“The visiting Liberian fire chief expressed his delight and also appealed for support from the Federal Fire Service in the areas of capacity building,” the statement reads.

“Col. Dickson says Liberia, as a country in its recovery period from past civil unrest, has a lot to gain in its relationship with Nigeria on the repositioning of its Fire department, especially with regards to administrative structure and rapid transformation, seeing how the Federal Fire Service, within a short period of time, has been able to transform from a moribund Fire Service to one of the best in Africa.”

According to the statement, Dr. Ibrahim, in his response, told the visiting Liberian fire service chief Colonel Alex Dickson that, from 2015 till date, the FFS has moved from three firefighting trucks to over 150 state-of-the-art modern firefighting trucks.

“The Service has also increased its staff strength to over 5,000 firefighters manning fire stations across the country, a feat which was achieved by the determination of the present leadership of President Muhammadu Buhari,” The controller-general also said the service has developed a template for robust capacity building for officers, that has made it possible for frequent training of firefighters locally and internationally.

While expressing his appreciation, Dr. Liman told Colone Dickson that Nigeria is willing to provide the necessary support required to revamp the Liberian fire service.