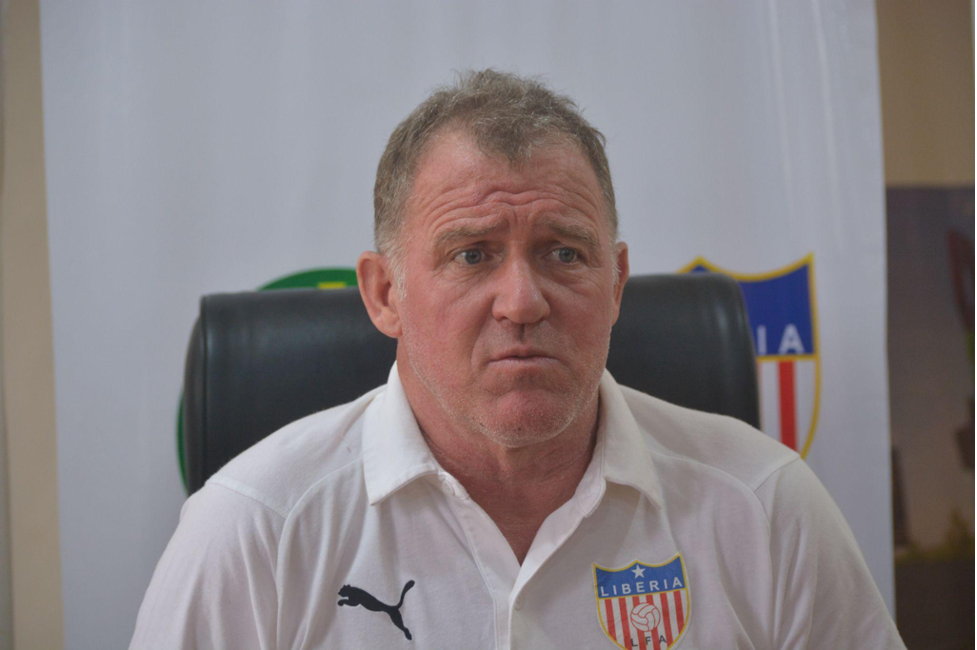 Monrovia, Liberia – The head coach of Liberia national football team James Peter Butler has finally slammed striker Sam Johnson’s return to the national squad. The head coach in a statement ahead of his team’s departure to Egypt for a friendly fixture with the pharaohs of Egypt said he is looking for players who are sharp, determined, and playing weeks in and weeks out. And that he is not interested in those who have limited playing time at their respective clubs. Coach Butler also said he is passionate about players who are playing ninety-minute or more every week on their regular club’s fixtures because these players bring a lot to the national team of Liberia that is needed.

“I am trying to create a team that can challenge other countries in Africa and will not be carried away by a player scoring a goal in 43 minutes of play.”

Coach Butler was asked about the inclusion of Sam Johnson on the first team roster while he gains his fitness back. “I am looking for players who can play back-to-back games without a problem,” the coach said. “The team is growing gradually in strength, tactics, partnership and is working very hard around the clock to improve on some of the issues that they are confronted with”, as a result of this determination from the players, we have to do our best to make sure they are in excellent shape, talent and mindset. That’s why “I want young, experienced and energetic players,” Butler stated.

Coach Butler praised local talent and said that the local players are willing to learn and can improve better they are great and can eventually break into the team soon,” which football viewers and analysts agree will increase the national team player’s competition for first-team listing.

The one-time midfielder for West Ham United and later as head coach in charge of the Botswana national team from 2014 until 2017, has already shortlisted his twenty-three local-based players for the friendly fixture with Egypt. He disclosed that only four players out of that number will subsequently make it through to Ghana for Liberia’s match with Cape Verde on October 6, 2021.