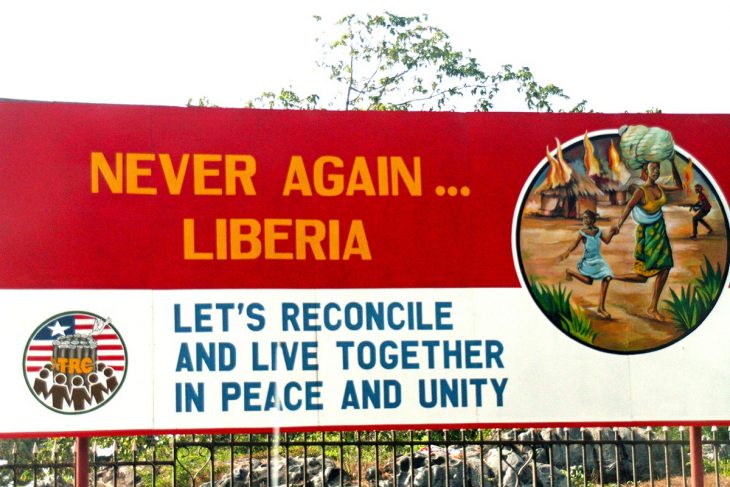 The official end to Liberia’s brutal 14-year civil war is officially marked as August 18, 2003. But after more than 18 years have passed, the Liberian state has failed to prosecute anyone for war crimes during this period.

The 2009 recommendations from its Truth and Justice Commission (TRC), which included prosecution for war criminals and reparations for victims were not implemented.

In 2021, a Swiss court exercising universal jurisdiction awarded seven plaintiffs CHF50,000 in damages against Alieu Kosiah, a warlord in Liberia’s civil war. That has been the closest form to reparations that war victims have received.

In 2021, the plenary of the Liberian senate voted to assent to the proposed recommendations of the senate leadership on war crimes. These recommendations come as a reply to a 2019 request to the legislature by President Weah to advise and provide guidance on all legislative and other necessary measures towards the implementation of the Truth and Reconciliation Commission (TRC) report, including the establishment of the Economic and War Crimes Court.

The senate-proposed recommendations include the “establishment of a reparation trust fund aimed at restoring victims and communities worst affected by the conflict.”

While the move is well-intentioned, I believe certain steps are needed to be taken to ensure that the reparations proposal is more practical and better implemented.

Who are the victims?

Liberia’s conflict is one that engulfed the whole nation, with effects on the entire population, and so nearly every Liberian in Liberia during the civil war can claim victim status.

The proposal also targets victims “worst affected” by the conflict. During the Liberian war, atrocities like rape, massacres, torture, and other human rights violations were commonplace. Thus, terms like “worst affected” are ambiguous when used in the context of the war.

The government would need to set a definite criterion to define who the targeted victims are, as a lot of people can claim to be among the “worst affected”.

There are also questions the government needs to address, like the complexities of individuals such as child soldiers who occupy both victim and perpetrator status. Would they also qualify for reparations when some of their victims might not qualify?

How much is needed?
Secondly, the senate recommendations advise the government to set up a reparation trust fund with an initial $2.5m contribution and then seek private and corporate donations domestically and internationally.

However, the senate recommendations do not state the exact figure targeted to effectively implement a national reparations program. The proposed $2.5m as an initial donation by the government is also a far cry from the $500m reparations fund which was recommended by the 2009 TRC report.

Despite a $3.5m grant from the UN, less than 50,000 individuals benefited from the program, with some getting as low as $100 in interim relief. Should the government fail to get significant external funding, the reparations proposal in Liberia would suffer a similar fate.

It is also worthy to note that with the Covid-19 pandemic, Liberia – a poor country – might prioritise the current health crisis instead of funding reparation proceedings. Additionally, with a high poverty rate and the fact that most of the biggest private businesses (as calculated via tax payments) are foreign companies, local donations might not be significant enough to adequately help fund reparation efforts, leaving external sources as the major source.

Foreign courts have prosecuted at least five prominent actors of the Liberian war. Recently, the US, one of Liberia’s biggest donors and developmental partners, condemned the election of Prince Johnson (a former warlord turned senator) as head of the senate committee on defense.

Senator Johnson subsequently resigned. The Tom Lantos Human Rights Commission, a bipartisan caucus of the US House of Representatives, also had a hearing on the establishment of a war crimes court in Liberia.

Seeing as the reparation proposal comes along with the proposal of the establishment of a transitional justice commission in place of legal prosecutions of war criminals, it is yet to be seen as to whether foreign governments and international agencies would donate much-needed funds if the reparations program is implemented.

Reparations should be geared towards going hand in hand with justice. The essence of reparations shouldn’t just be an express payment for wrongs inflicted, but the government should recognize the wrong, and make efforts so as to prevent the wrong from happening again.

Thus, the government’s issuing of reparations while perpetrators of war crimes face no element of repercussion for their actions should be reconsidered.

Lastly, the fight for resources like land, and the unequal access to social, economic, and political power were among the root causes of the war.

These issues still exist in some form today. It was not until 2018 that Liberian laws significantly addressed issues surrounding community land through the passage of its 2018 land rights act. These issues need to be addressed so as to prevent the reoccurrence of the war and for reparations to make a considerable impact.

While the recommendations are not binding, President Weah has assured the Liberia Senate that his government will give timely and due considerations to the recent recommendations. And for many victims of the war, in the light of the senate recommendations, it looks like reparations might be the only kind of justice they get