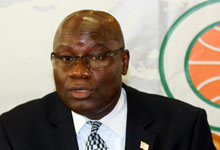 In Liberia, calls for a court to try war and economic crimes are getting louder. The Liberian Senate is hearing expert opinions on its proposed report and recommendations on war crimes committed during the country’s two civil wars, which spanned 14 years. Prince Johnson and George Boley, two former warlords in particular – now members of the senate and house of representatives – are in the spotlight. Despite supporting the establishment of a war and economic crimes court before attaining power, President George Weah has passed the responsibility for the decision for the establishment of a court on the legislature. This has put the spotlight on a legislature that includes members of parliament (MPs) that are former warlords.

Prince Johnson and George Boley, who were former leaders of major warring factions, are in the senate and house of representatives, respectively. In its final report, Liberia’s Truth and Reconciliation Commission (TRC) under former president Ellen Johnson Sirleaf recommended in 2010 that both men be persecuted and barred from running for office for 30 years.

The report targeted Johnson Sirleaf herself for a ban from public office, and her government chose to not implement the TRC report.

The Prince, ‘the kingmaker’
Prince Johnson, who has been a senator since 2005 represents Nimba County, the second-most populous county in the country. Since his election to the senate in 2005, he has also run for the presidency twice, coming third in 2011. His political party also controls two seats in the legislature.
Due to his influence in his vote-rich county, recent presidential candidates have often sought his endorsement and the votes he brings, earning him the title “kingmaker”.

Despite being a member of the army, Johnson left Liberia in the mid-1980s. He returned to Liberia in 1989 through the Liberian-Ivorian border, as a ranking member of former rebel leader and president Charles Taylor’s National Patriotic Front of Liberia (NPFL) rebel group. However, they fell out and Johnson went to form the Independent National Patriotic Front of Liberia. By the end of 1990 Doe, Taylor and Johnson were fighting for control of the capital, Monrovia. Doe was eventually killed by Johnson’s men, which was recorded in a now-viral clip where Johnson ordered the torture of Doe.

Johnson has stated President Doe’s persecution and massacres of the Gios and Manos, ethnic groups present in Nimba County, as the reason he joined the war. He said that he came to “liberate his people”. His defense of his tribesmen during the war has not only earned him public support and political power in his home county, it is also a prime example of the ethnic dimensions of the Liberian civil wars.

Due to his influence in his vote-rich county, recent presidential candidates have often sought his endorsement and the votes he brings, earning him the title “kingmaker”. Currently, Johnson is in a political alliance with President Weah’s Congress for Democratic Change. He backed Weah in the second round of the 2017 presidential elections.
During his presidential run, Johnson had promised a more decentralised form of government.
In light of the 2023 elections, critics have stated that the ruling party isn’t fully supporting a war crimes court in order to protect the votes that Johnson brings. Johnson has also stated he would not support any party that backs a war crimes court.

The Boley story
In the house of representatives, US-educated George Boley represents Grand Gedeh, the county of former president Samuel Doe. At the height of the war, Boley led the Liberian Peace Council, which was a warring faction. In 2021, Boley was confronted by a parliamentarian who claimed that Boley killed his family members during the war. It is a claim that Boley denies.

Prior to the war, Boley was a junior minister under ex-president William Tolbert until he was jailed. He was eventually released when Doe took power via military coup and he went on to form part of the Doe regime as minister of presidential affairs and later as minister of education.
Despite recorded atrocities, Boley has maintained that the Liberian Peace Council was not a party to the war. He was one of three warlords who formed part of the six-member collective presidency in 1995.

In 2012, Boley was deported from the United States due to his human rights violations, which included using child soldiers during the war. In 2017, won the legislative seat he currently occupies.
Lasting influence
Both Johnson and Boley wield significant influence within Liberia’s legislature and politics. For instance, senator Johnson was one of the signees to the senate’s leadership proposed report that recommends transitional justice instead of legal prosecution for war crimes.

Boley and Johnson have considerable support in their constituencies. Johnson is setting up a polytechnic university in Nimba County through his educational foundation.

With elections in 2023, Weah is seeking to consolidate alliances and votes, thus a war crimes court may not be a top priority. There is also an issue of an immunity clause passed by the legislature in 2003. However, foreign pressure could influence decisions around a potential war crimes court.

Warlords, politicians and politics
Most people cited in the TRC report deny claims that they committed atrocities; some defended their actions. Many have gotten involved in politics since the ends of the civil wars. Among the people recommended to be banned for public office was former senator Isaac Nyenabo. In February 2015, Ellen Johnson Sirleaf chose him as ambassador to Belgium with accreditations to the European Union, Luxembourg and the Netherlands. Since the inauguration of President George Manneh Weah, Isaac Nyenabo has remained Liberia’s ambassador despite the president having the executive power based on the constitution of Liberia to remove him.