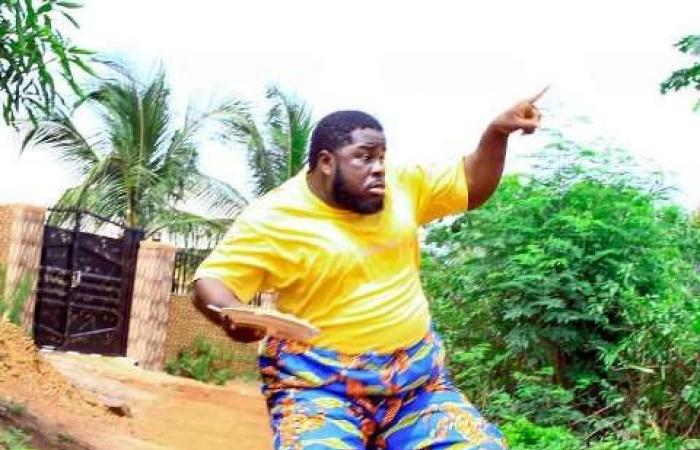 The family of Stanley Okoro, the fast-rising Nollywood actor who died earlier this week, has alleged that the movie star was poisoned by colleagues.

Live Africa News reported that Okoro, popularly known for his comedy roles in movies, died on Wednesday from a suspected case of food poisoning.

According to the family, Okoro was poisoned after successfully completing a movie shoot in a hotel at the Maryland area of Enugu State.

The family alleged that he proceeded for another movie shoot in Asaba in Delta State but that unlike him, no pictures were taken to know those he was on set with.

Although they cannot tell if the 23-year-old actor was having problems with anybody that would want him dead, the family said that Okoro’s only problem was his obsession with food.

A very close Cousin to the deceased, Okoro Nneka Loveth, said the late actor loved people and carried everyone along.

Her words, “Stanley happens to be my Cousin. A very close Cousin. Stanley was poisoned. And the person that poisoned him was among the people on set with him as of last week.

“Usually, whenever he came to Enugu, he’d either call me for food or call one of our Cousins to get him food. Stanley liked food a lot. He ate a lot.

“So whenever he asked me for food, (usually I’m very busy) I’d send a Keke (tricycle) driver to go and deliver it. I have one Hausa Keke driver that usually did that for me or I’d go myself or my other Cousin would go herself or send one of her girls.

“But this last time, he came, we only talked on the phone. They were in Enugu for a movie shoot. Their location was at Mariland, Enugu. Thereafter, he left for Asaba for another one.”

“He lived in Owerri(Imo State) but this poisoning could have happened in Enugu or Asaba. Immediately he got back to Owerri, the thing started happening to him as if he had a stroke and he started vomiting. He was vomiting black liquid. A native doctor invited even disclosed he was poisoned. Stanley was walking to the toilet when he shouted for help over a burning chest and collapsed.

“They rushed him to a hospital and on getting to the hospital Stanley gave up. So the person used a fast poison. Maybe as they rounded up shooting and decided to eat, the person just took advantage.

“Throughout yesterday, we did not sleep. In fact, Stanley did not deserve to die. That guy was nice and carried everybody along. In fact, everyone in my village is crying. He was so down to earth. The only problem he had was that he liked food a lot. He ate too much.

“He was not married but may have been in a serious relationship. He wasn’t even up to 30 years . I can’t tell if he was having problems with anybody [that would want him dead]. He didn’t tell me of anyone.

“Stanley lived his life like an hausa man, he wouldn’t even take note when someone is angry with him.

“Currently, Stanley is in the mortuary and for now we don’t know what to do. He was around 27 years of age. ”

Lovett said that the family has started deliberating on his burial arrangement and that the actor would likely be buried on August 26.