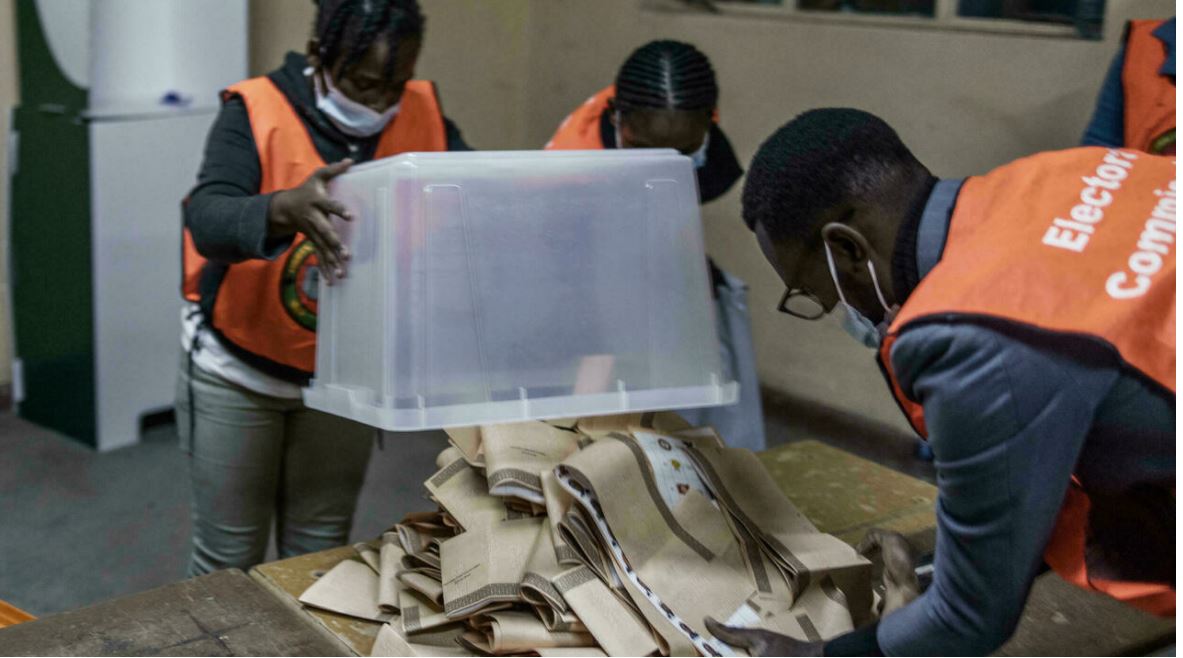 On Friday, Zambia prepared to start announcing the highly contested presidential election results between the incumbent president Edgar Lungu and his main opposition rival Hakainde Hichilema. The vote was held amid tight restrictions, on access to the internet and violence in three regions.

The use of social media such as WhatsApp is part of everyday life in the country and the curbs on access could fuel suspicion about the outcome of the vote, which appeared too close to call.

The Electoral Commission of Zambia(ECZ) said voting continued overnight in some areas. The last polling station closed at 5 a.m. (0300 GMT) on Friday to allow people who had queued for hours to cast their ballots.

ECZchief officer Patrick Nshindano said the commission had started receiving results from all 156 constituencies and would begin announcing them from 3 p.m. (1300 GMT). Full results will be known within 72 hours after the close of the polls.

The government declined to comment on the disruptions to the internet, which users said affected several social media sites. Mobile phone networks directed questions to the government. Facebook confirmed it was among the sites impacted.

Hichilema took to Twitter to accuse the ruling party of ordering a social media shutdown. He urged Zambia’s telecoms regulator to “unblock the internet so citizens can follow the electoral process and continue with their lives unhindered”.

“When an outgoing regime panics, it can resort to desperate measures. So stay calm and focused,” he said.

On Twitter and Facebook, Zambians said they were using virtual private networks (VPNs) to circumvent the restrictions on the internet.

The ECZ did not immediately give the numbers of those who had voted but the long queues seen at the voting booths and the fact that voting continued overnight could point to a high turnout.

The ruling Patriotic Front party said its own vote tally showed a huge turnout in its strongholds and it was confident of victory.

“We have also done well in Lusaka and the Copperbelt, though not to our satisfaction. These results show that Edgar Lungu is winning. We are confident that we shall carry the day,” party secretary-general Davis Mwila told reporters.

Lungu, who has been in power since 2015, has already cast doubt on the outcome of the election in three provinces after accusing the opposition of stirring violence on Thursday that killed a ruling party official.

He directed the army to send reinforcements to the provinces, although European and African observers said the vote had so far been largely peaceful.

A Reuters correspondent saw dozens of soldiers and two armored cars at two polling stations in Lusaka. But businesses were open as normal and citizens went about their daily routines as they waited for results.

The winner of the election faces the task of boosting Zambia’s flagging economy, which became the continent’s first country during the coronavirus pandemic to default on its sovereign debt in November.