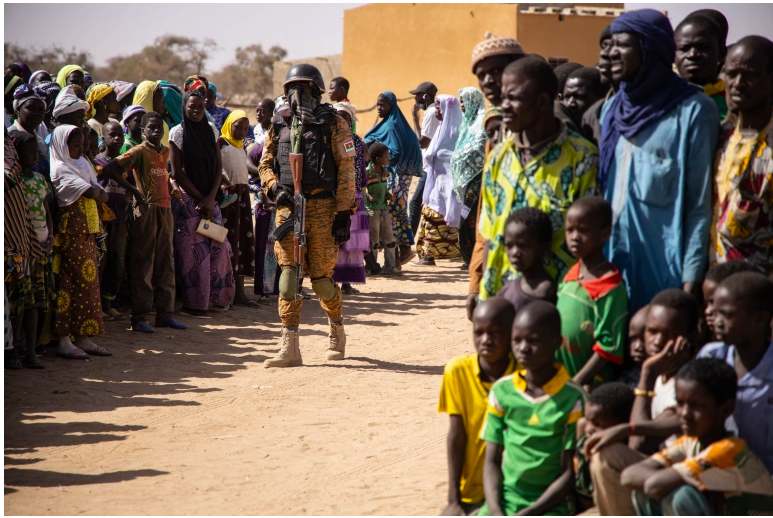 In Burkina Faso, over 17,500 people have been forcefully displaced in the past 10 days due to a series of attacks by armed and yet unidentified groups that have killed 45 people, as per the UN refugee agency (UNHCR).

Attacks by armed groups that are linked to al-Qaeda and the Islamic State in the West African Sahel region have been markedly increasing since the beginning of the year, especially in Mali, Niger and Burkina Faso, with civilians in those countries being most impacted.

On Friday, a UNHCR statement was released stating that gunmen had carried out a series of attacks in three disparate regions, burning down homes and killing civilians. The assailants also ransacked health centers and damaged residences and places of worship.

The security situation in the Sahel region is propelling one of the fastest growing displacement crises in the world, said UNHCR spokesman Boris Cheshirkov at a briefing in Geneva.

Security sources also revealed that armed assailants had killed about 30 people in a village in eastern Burkina Faso.

Moreover, Burkina Faso’s underequipped and ill-trained military has struggled to curtail the spread of violence. Last year, the government was forced to recruit volunteer militiamen to help the army but since then, these mercenaries have incurred retaliation by the rebels who attack them and the communities they aim to help.

In addition, armed groups have exacerbated already existent religious and ethnic tensions between farming and herding communities in West Africa in order to boost recruitment.

In all, the ongoing violence in Burkina Faso has displaced more than 1.14 million people in just a few years , while it is also hosting some 20,000 refugees from its neighbor, Mali, who are seeking safety from violence in their home country.