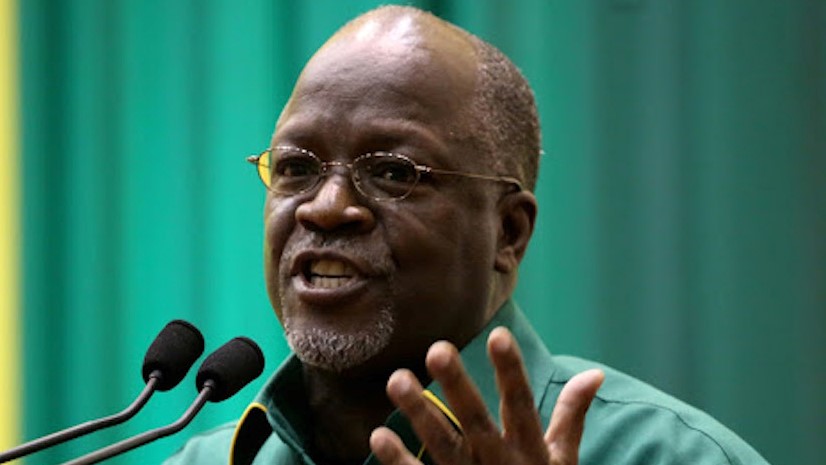 Tanzania will go ahead and hold its general elections as earlier planned despite the coronavirus scare that has seen many countries go on lock down, suspend services and issue travel restrictions across the globe.

On Thursday, President John Magufuli said the country’s October 2020 general elections will be held as planned despite the COVID-19 outbreak.

“The elections will be held as planned. There are people who think that the elections will be postponed. Nobody wants to stay in office forever,” he said in an event televised live by state-run Tanzania Broadcasting Corporation during a ceremony where he received two annual reports from the Controller and Auditor General (CAG) and the Prevention and Combating of Corruption Bureau (PCCB) at the Chamwino State House in the capital Dodoma.

Magufuli’s sentiments come just days after he proclaimed the coronavirus outbreak as satanic and therefore there is no way it could thrive in ‘Christ’s Body, referring to the church.

“Corona cannot survive in the body of Christ; it will burn. That is exactly why I did not panic while taking the Holy Communion,” stated President Magufuli during a congregational address on Sunday.

As a result, his government wouldn’t close down churches. Instead, the head of state termed worship centres as places where people could seek healing.

Early this year President Magufuli assured diplomats based in the east African nation of a fair, free and peaceful October 2020 general elections. Magufuli, who is seeking a second term was was elected in October 2015 under a wildly popular, no-nonsense, corruption-busting, man-of-the-people reputation.

On Tuesday, Tanzania’s electoral body said more than 30 million voters have their information updated in the voter registry between July 2019 and February 2020.

Over 30 million Tanzanians out of a population of 55 million are expected to participate in the general elections and vote for councilors, parliamentarians and the President.

Meanwhile, Tanzania’s first coronavirus patient has recovered and is set to be discharged from hospital soon.

“I am happy to announce our first patient for Covid-19 has tested negative in all three tests taken…we are now on final stages for her discharge,” Health Minister Ummy Mwalimu said on Thursday.

The patient, 46-year-old woman, tested positive after returning from Belgium on March 15 aboard a RwandAir plane.