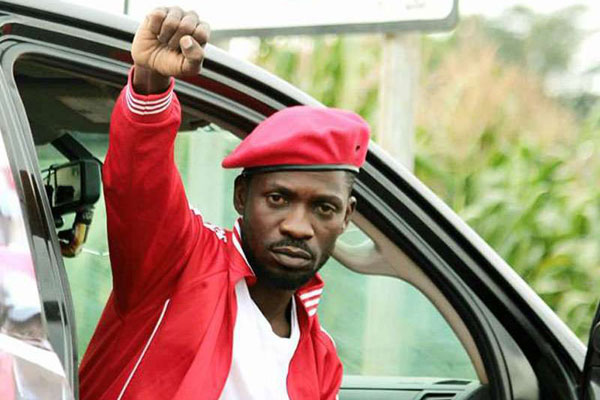 According to People Power officials, the platform which started circulating two days ago is meant to beat the stringent regulations put up by the police on public gatherings.

“Our diaspora team has graciously developed this tool through which we are gathering the views of Ugandans online as we develop our manifesto and policy documents. Please take a few minutes and participate,” Bobi Wine wrote on his official Facebook page yesterday.

According to the message on the online form, system is supposed to address the difficulties Bobi Wine has been meeting during his consultations.

“He (Bobi Wine) has since started consulting electorates but, in many instances, has found it difficult, and often impossible, to reach you and hear directly from you (masses). That is why we have come up with this means to reach you in the comfort of your home on how you want to be governed, without having to encounter the openly biased and often hostile police on the way,” reads the message in part.

Asked whether an online form of consultation would be granted by EC, Mr Jotham Taremwa, the commission spokesperson, said it was fine as long as it is done within the law.

“Well, as to which approach an aspirant decides to use to consult citizens remains a personal choice as long as it does not conflict with the law,” Mr Taremwa said.

The issues highlighted on the platform include lack of jobs, expensive and inadequate healthcare, corruption and political cronyism, off mark education and loss of culture.

The People Power spokesperson, Mr Joel Ssenyonyi, said the online tool was being sampled to see how effective it will be when it is fully launched.

“We shall keep monitoring but we are not sure how many people have signed so far. There might be changes we shall need to do but as of now it is out there and people are embracing it,” Mr Ssenyonyi said.

Fred Enanga, police spokesperson. “We do not have any problem when someone comes up with initiatives. Online is not a public gathering but there are other cyber laws that govern the platforms. We have not yet received any compliant from anyone and we hope they do it within the law.”