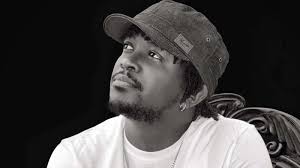 A rating that seemingly placed singer and rapper Nyamari Ongegu popularly known as Nyashinski a little ahead than others motivated his latest jibe.

Nyashinski teased local artistes, telling them that he could loan them cash after he was named the second most paid artiste in Kenya according to Music Copyright Society of Kenya (MCSK).

The list released by MCSK was based on airplay data collected from Radio and TV stations and Celebrated Boy Band Sauti Sol topped the list.

The Mungu Pekee hit maker took to Instagram to thank his fans, the TV and Radio stations for supporting his music and told the other artistes that they could borrow loans from him.

Fans congratulated him commending him for great music, saying he deserved the win.

Christina Shusho, Mercy Masika, Eunice Njeri, Bahati and Gloria Muliro were among the Gospel artistes among the top 20 earners.