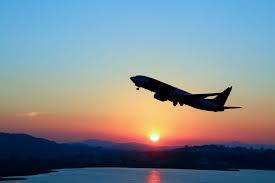 While the focus is typically on the loss of wealth and skills whenever talk of the brain drain comes up, highly skilled South Africans that remain in the country often try to see the silver lining in their talents being in higher demand as a result.

However, Pauw has warned that the reality for these skilled South Africans can be a bit more challenging in the long run.

“What makes it challenging for corporates is that when there is a certain type of specialist skill that is lost to the country, that skill becomes so sought after that companies pay well above the benchmark to obtain the skills,” said Pauw.

“Job hopping becomes more prevalent as these employees often go where they are paid the most. They become unaffordable in the long run.

“It is important that organisations future-proof their business and fast-track growth and development of critical skills so that there is sufficient bench strength that will be able to lead their organisations forward despite the brain drain.

“We also need to ensure that our employee value propositions are attractive enough to retain employees, despite the challenges experienced in the country.”

Pauw added that the loss of skills in South Africa can be two-fold, with many scenarios where an employee’s partner or spouse found employment abroad, taking them with them.

In many of these cases the partners are also highly qualified and skilled, meaning the country loses two skilled individuals, not just the one.

Another issue that affects those who stay behind is that emigrating South Africans are also taking their wealth with them.

“This might be for various reasons: either that investors want to diversify their investments to hedge certain country-specific risks like political risks in South Africa, or to maintain their international spending power.

“The latter is typically considered if investors are contemplating to emigrate,” he said.

According to Pauw, when highly skilled and paid workers leave the country, it severely impacts the country’s income and ability to develop the country.

Pauw said it is rarely lower-earning employees that leave – and that the loss of skilled, high-earning workers has made a visible impact.

The impact is then felt in tax collection, which negatively impacts South Africa’s tax base, given that the country is reliant on a narrow base to support the stretched fiscus.

Further evidence of these issues will be seen in the 2020 Budget Speech at the end of February, where it is widely expected that government will impose further taxes on South Africans – particularly the wealthy – to plug a widening budget deficit.