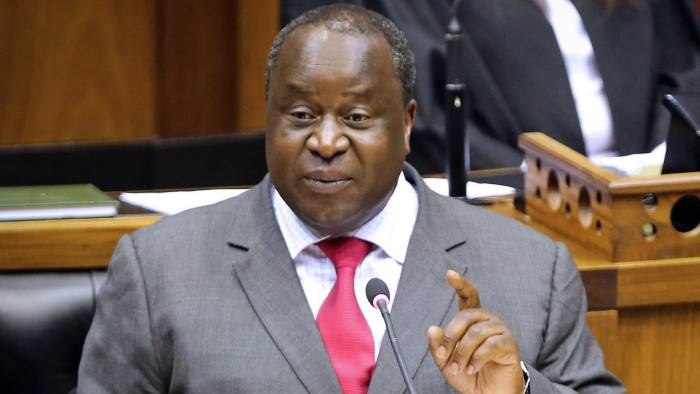 While VAT was increased to 15% in February 2018 and then left untouched last year, Els said that another VAT rate increase cannot be ruled out in the face of mounting pressure to address widening deficits and climbing debt-to-GDP ratio.

The Budget deficit climbed to 6% of GDP last year, with extra spending on Eskom adding to the public purse that’s already stretched.

“Treasury has not been able to rein in the budget deficits over the last few years, so it is really now or never. We are on the verge of a Moody’s rating downgrade, and if we don’t stabilise the deficit and get spending under control, they will downgrade us,” cautions Els.

South Africa is reeling from five consecutive years of less than 1% average GDP growth, which has harmed the deficit and the debt burden, Old Mutual Investment Group said.

“We pay more than R200 billion a year on interest payments alone – which is more than the annual budgets of health, education and police services,” said Els, who pointed out that South Africa needs annual economic growth of 2.5-3% to stabilise the debt ratio and prevent a debt trap.

Debt to GDP has shot up from 26% in 2009 to 60%, and this is making it difficult to service debt, with interest on debt already 11% of total expenditure, the economist said.

While there will be an attempt to reduce additional spending, cutting back on the wage bill would be advantageous, however, not likely, according to the investment arm of the financial services group.

“This will be difficult to pull off politically and would need to be negotiated with unions, but potentially it could be a big game-changer,” said Els. “Just limiting wage bill growth to 4% could save R100 billion. While the intention in the Budget must be on the spending side, I am doubtful the Finance Minister will be able to do enough.”

As a result, the economist expects a Moody’s credit rating downgrade in March 2020.

“There will be some attempt to correct the Budget, but it won’t be enough to satisfy Moody’s, so my base case is a rating downgrade by Moody’s at the end of March,” he said.

Els said that consumers and investors need not panic as the downgrade has largely already been priced in the market. However, consumers need to brace for potential additional taxes on top of the usual suspects like no relief for fiscal drag, and extra sin and fuel levy taxes.

Els warned that a transition levy, “like we had in the mid-90s – which is an extra levy on income tax for individuals and companies – could also be on the cards”.

“Expect the government to look for any possible means to increase revenue, but it is a very tough balancing act, and this Budget is definitely going to be one of the toughest yet in Democratic South Africa. However, we’re out of time – some critical decisions will need to be made,” Els said.

Described as a “one-off wealth tax of 5%”, the transitional levy was applied and calculated as follows:

According to the UK Independent, then finance minister, Derek Keys, said that the revenue of around R3.3 billion generated by the ‘transition levy’, would go towards the R4 billion cost of running, among other things, the country’s first democratic elections.