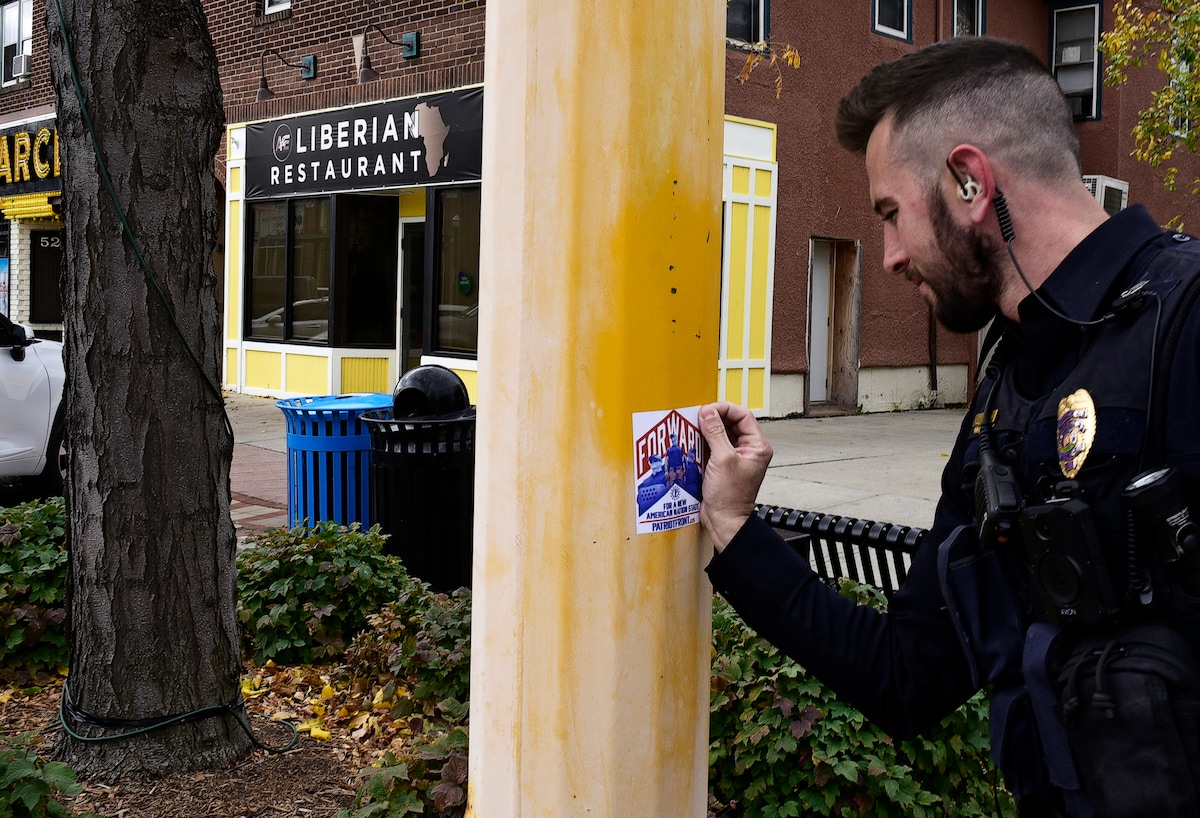 Racism isn’t new in the United States, and certainly not in North Dakota where the community of Fargo has been engulfed the last several years in a battle for its soul against white supremacists.

Now, according to an extensive article published in the Washington Post, the Liberian diaspora community is now under attack by far-right racist American extremists.

Amplified after Trump’s election, bombardments of hate mail year after year, cover vehicles and front porches across the community. In 2017, there were posters that announced, “White Lives Matter altright,” and language that supported embattled former president, Trump; then in 2019, there were flyers that urged false narratives including, “Hate crimes are Hoaxes.” Now in 2022, it’s the distribution of materials that support “Great Replacement” theory, targeted this time at the Liberian-American community, whom the anonymous senders blame for the senseless killing of 14-year-old Daisy “Jupiter” Paulson – rather than the man who has been convicted.

Liberians have a complicated history with the U.S. that only Liberians seem to remember. I’m not sure most Americans could point to Liberia on a map – and that’s a problem. Perhaps if Americans knew more of their own history, they would embrace and support their Liberian counterparts. Then again, we see how Native populations across the U.S. are treated.

The saddest part about this story of Liberians being threatened and harassed in Fargo is that many of them already suffered through two civil wars. They’ve managed to escape – just barely, in some cases – from infamous warlords like Kunti Kamara, Charles Taylor, and alleged arms dealers like Benoni Urey, only to find themselves threatened with hatred once again in their safe haven.

No, racism is nothing new in the United States; but it is shameful these attacks against the Liberian diaspora go relatively unnoticed and unchecked. In fact, it never seems to change despite all the efforts to integrate into communities and contribute positively to the culture; and despite pockets of progressive communities coming to our defense.

Indeed, it all boils down to one simple fact: the U.S. doesn’t want us– it wants to get rid of us. Perhaps it’s time for us to call our brothers and sisters home.

Thirty years ago, it was in the best interest of many to leave Liberia. The civil war’s end seemed out of reach, abject poverty was rampant, and human rights were a question mark. But things have changed now.

Since 1995, Liberia has made incremental, positive developments.

Economically, Liberia experienced strong growth in 2021. According to the World Bank, after contracting 3 percent in 2020 due to the COVID-19 pandemic, growth recovered to 5 percent in 2021. The rebound was driven by improved external demand, higher prices for Liberia’s main exports, and the resumption of normal domestic activity. Today, inflation is projected to remain low and stable, averaging 7.2 percent per year in 2022-2024. Sustaining low levels of inflation would help Liberian households to retain their purchasing power, and it is projected that by 2023 poverty rates will start to decrease.

Liberian households are also seeing the government address the gender gap; we understand now that gender and participatory governance are socio-economic and political variables that can improve sustainable development. UN Women’s Deputy Executive Director, Asa Regnér, recently praised the Liberian government for its considerable strides in the promotion and protection of the rights of women and girls.

She said, “When it comes to women and girls’ rights and the situation of gender equality in this country which is the focus of UN Women, it seems to me that Liberia has made important progress.”

Additionally, critical infrastructure is being supported through bilateral agreements, such as the one with Qatar on financing the second phase of a major agricultural thoroughfare in Lofa, which would dramatically increase food security for the country.

Liberia is on the upswing, and is ready to receive our people back home, where free from racial discrimination and abuse, they can raise their families and expand their businesses. These homecomings would serve Liberians well, too.

In encouraging businesses to relocate, Liberia would bring in more revenue, business acumen and intellectual horsepower. The government could offer relocation payments and tax breaks for business owners and entrepreneurs who need seed funding; or for talent recruitment purposes, connecting businesses with leaders and skilled workers. Communities could put together support structures to ensure families are comfortable in their homes, have access to transportation, and that children are set-up in local schools.

Simply, we could offer what our diasporan friends and family need – true community.

Some may say it’s better to stand up to the abuse– to fight back. But isn’t that what the African diaspora has been doing in the United States since the civil war? From the Union fighting to free those enslaved during colonization, to the Black Lives Matter movement fighting to free Black Americans from oppression and police brutality, the last two hundred years can be underscored by one common theme: racial inequity.

The racial abuse is disgusting, but it’s not going anywhere.

Our country motto says, “Love Of Liberty Brought Us Here.” Let’s encourage our fellow Liberians to come home to freedom.