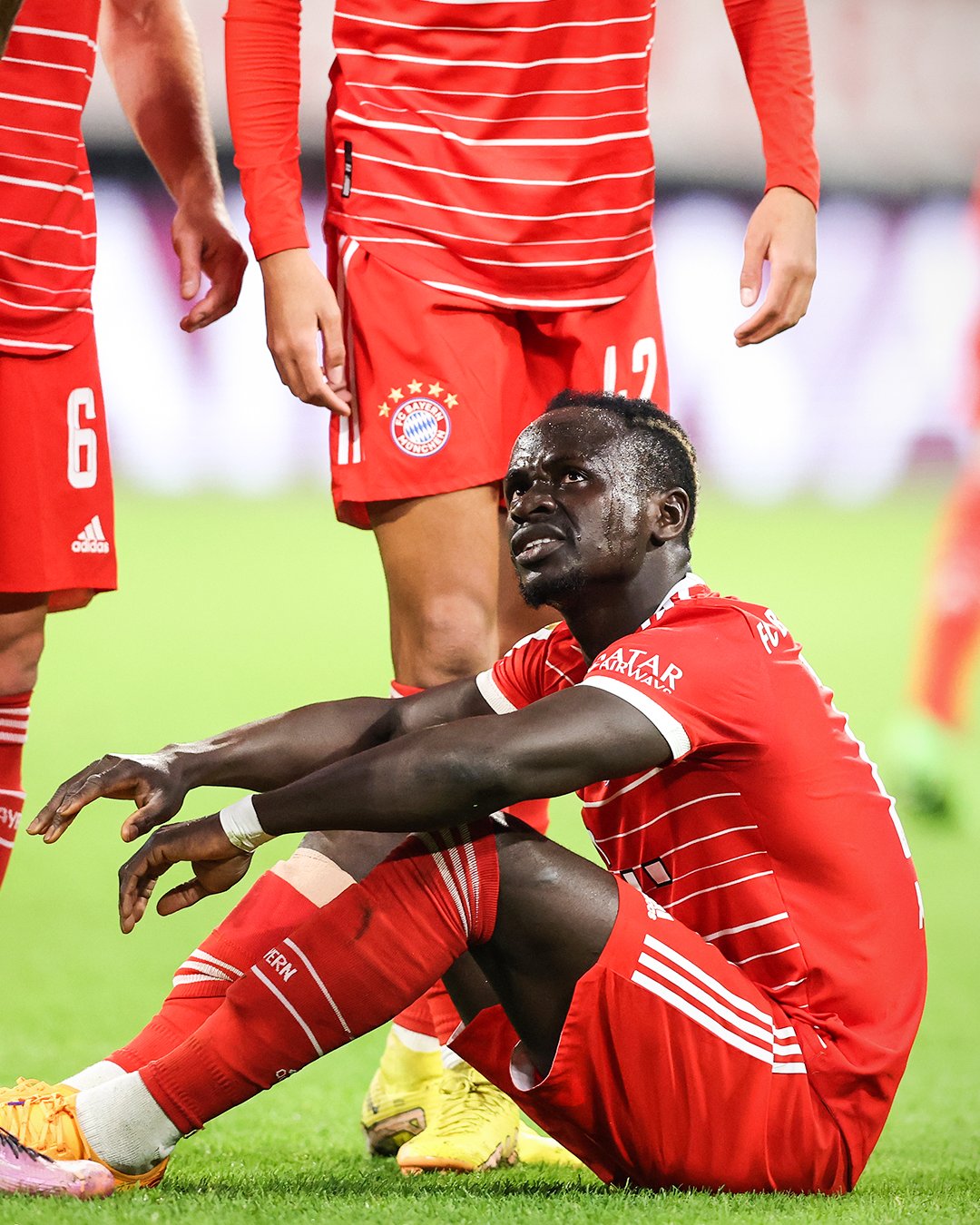 The Forward will have scans on a leg injury and club officials say he should be fit for the World Cup.

Senegal’s Sadio Mane was substituted early in Bayern Munich’s home match against Werder Bremen with a leg injury just 11 days before the start of the World Cup in Qatar.

The injury on Tuesday raised fears that the two-time African Footballer of the Year may not be fit for the start of Teranga Lions’ World Cup campaign.

However, the German club’s assistant coach Dino Toppmoeller said on Tuesday that the injury is not “too serious” and the Senegal international should be fit in time for the tournament that kicks off on November 20.

The former Liverpool player went directly down the tunnel for further treatment.

The forward will be key to the West African nation’s hopes at the World Cup, where they face the Netherlands in their Group A opener on November 21, followed by hosts Qatar and then Ecuador.

Speaking to reporters after the game, Toppmoeller allayed fears Mane may miss the showpiece event, saying an early diagnosis indicated a nerve injury.

“Sadio Mane was hit on the leg, which caused him a little nerve pain. Nothing too serious and his participation in the World Cup should not be in jeopardy,” Toppmoeller told reporters.

“I can’t say anything for sure, he took a blow to the head of his shin. That’s an unpleasant spot, it radiates a bit into the muscles,” Nagelsmann said.

“I think he has to go to the X-ray to see if there is something there because it is splintering easily. But I hope that nothing is wrong. I can’t say anything for sure yet.”