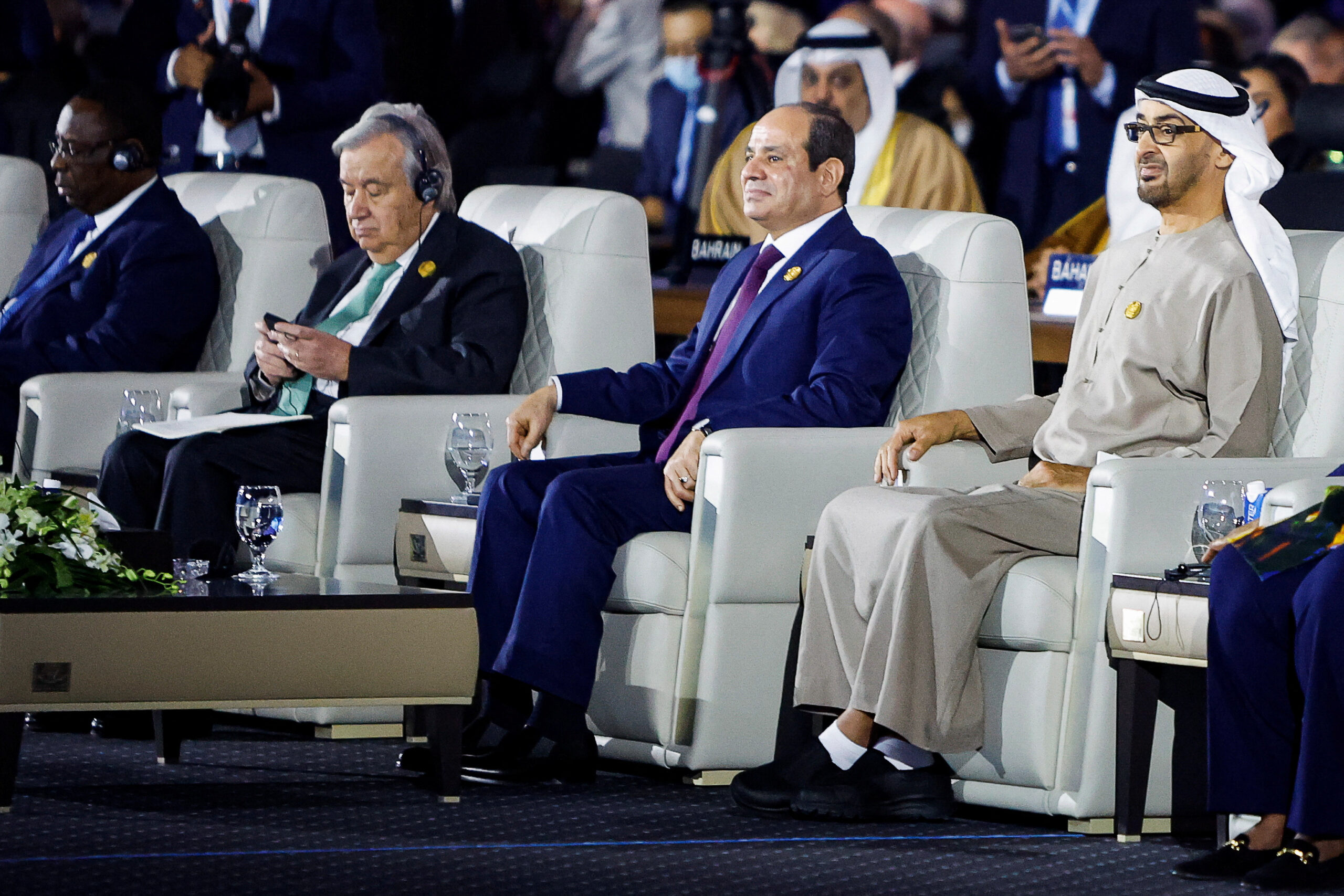 SHARM EL-SHEIKH, Egypt – The presidents of the United Arab Emirates (UAE) and Egypt witnessed the signing of an agreement on Tuesday to develop one of the world’s largest onshore wind projects in Egypt, according to an official statement on the Gulf nation’s state news agency.

The memorandum of understanding was signed between the UAE’s renewable energy firm Masdar alongside its joint venture with Egypt’s main renewable energy developer Infinity and Hassan Allam Utilities, the statement on news agency WAM said.

Masdar, which has a portfolio of renewable energy assets with a combined value of more than $20 billion and a total capacity of more than 15 GW, said the new project would be its biggest yet.

The 10 GW farm would produce 47,790 GWh of clean energy annually and offset 23.8 million tonnes of carbon dioxide emissions, equivalent to around 9% of Egypt’s current CO2 emissions.

“With this agreement to develop our largest ever project, Masdar is proud to bolster our contribution to Egypt’s renewable energy goals,” Masdar’s CEO Mohamed Jameel al-Ramahi said.

Tuesday’s agreement was signed by Masdar Chairman Sultan al-Jaber, who is also the UAE’s special climate envoy, its industry minister and the chief of state energy firm Adnoc, on the sidelines of the ongoing COP27 climate summit in Egypt’s coastal city of Sharm El-Sheikh.

“The UAE and Masdar will continue to support Egypt’s net-zero goals and we will endeavor to take forward the gains made here at COP27 as the UAE prepares to host COP28 next year,” Jaber said in the statement.

When completed, the wind farm would be part of Egypt’s Green Corridor initiative, a grid dedicated to renewable energy projects that is aimed at ensuring renewable energy makes up 42% of the country’s energy mix by 2035.

The wind project would save Egypt an estimated $5 billion in annual natural gas costs, the statement said. Egypt’s total installed power capacity was around 59.5 GW in 2019/2020, the country’s renewable energy authority said in an annual report.

“The project will enable the country to save vast amounts of natural gas; thereby attaining economic growth, reduce carbon emissions and provide greater access to sustainable energy sources,” Mohamed Mansour, the chairman of Infinity Power, the Masdar and Infinity joint venture, said in the statement.

In April, Masdar and Hassan Allam Utilities signed two memoranda of understanding with Egyptian state-backed organisations to cooperate on the development of 4 GW green hydrogen production plants in the Suez Canal Economic Zone and on the Mediterranean coast.

In the first phase of that project, a green hydrogen manufacturing facility will be developed and operational by 2026, able to produce 100,000 tonnes of e-methanol annually for bunkering in the Suez Canal, the statement said.

The electrolyzer facilities could be extended to up to 4 GW by 2030 to produce 2.3 million tonnes of green ammonia for export as well as supply green hydrogen for local industries, it said.