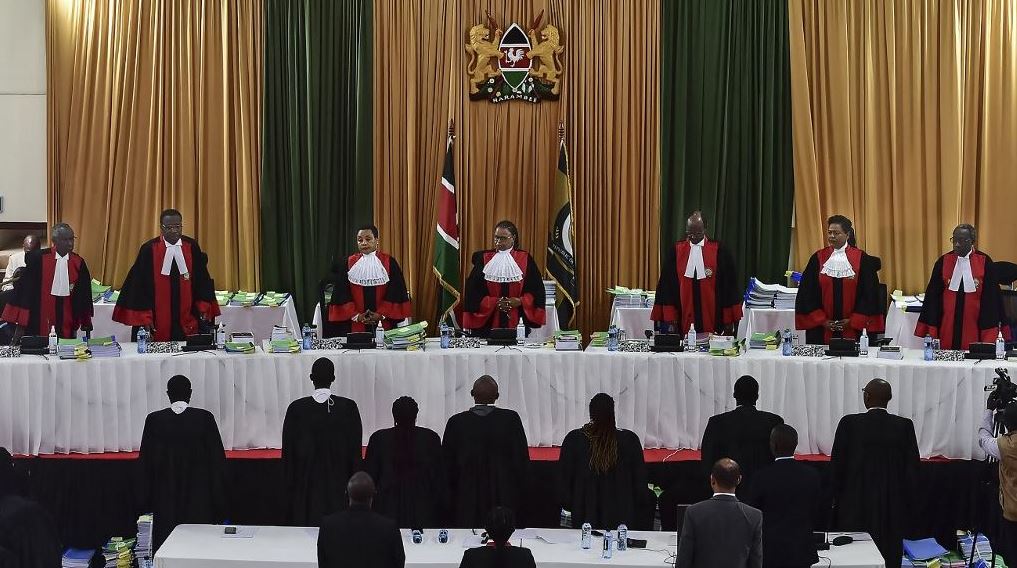 NAIROBI – Kenya’s Supreme Court will decide on Monday whether to uphold or nullify the result of last month’s presidential election, a ruling anxiously awaited in a country scarred by previous bouts of poll-related violence.

The Supreme Court made history in the last election in 2017 by annulling President Uhuru Kenyatta’s victory over Odinga because of procedural irregularities.

Kenyatta prevailed in a re-run that Odinga boycotted.

About 100 people were killed in election-related clashes that year. This time, protests briefly broke out in several Odinga strongholds after the election commission chair declared Ruto the victor on Aug. 15, but Odinga urged supporters to stay peaceful and the streets have remained calm since.

Tempers have mainly flared online, where Odinga and Ruto’s partisans have bombarded social media with often outlandish claims and counter-claims.

FRAUD ACCUSATIONS
Odinga, who was backed by the term-limited Kenyatta in this election, has alleged that a team working for Ruto hacked into the commission’s system and replaced genuine pictures of polling station result forms with fake ones, increasing Ruto’s share.

“The evidence that has been presented by the petitioner shows a well orchestrated and fraudulent scheme that was executed with military precision,” Odinga’s lawyer, Philip Murgor, told the court on Friday.

Odinga and the four dissident commissioners also accuse commission chairman Wafula Chebukati of violating electoral law by unilaterally carrying out the vote tally and declaring the result. The official numbers showed Ruto receiving 50.49%, enough to avoid a second round run-off.

Ruto and Chebukati have rejected all of these allegations. Ruto’s legal team dismissed Odinga’s claims as a “shock and awe” strategy that lacks concrete evidence.

If the court nullifies the result, a new election must be organised within 60 days. The court’s decision is final.

Kenya is a key Western ally in an unstable region, contributing troops to peacekeeping missions in Somalia and the Democratic Republic of Congo. It also hosts the regional headquarters of many global companies and organisations.

While generally stable, it has seen repeated instances of election-related violence, often along ethnic lines.

More than 1,200 were killed in clashes after the 2007 election, when Odinga accused then-President Mwai Kibaki’s party of massive rigging.