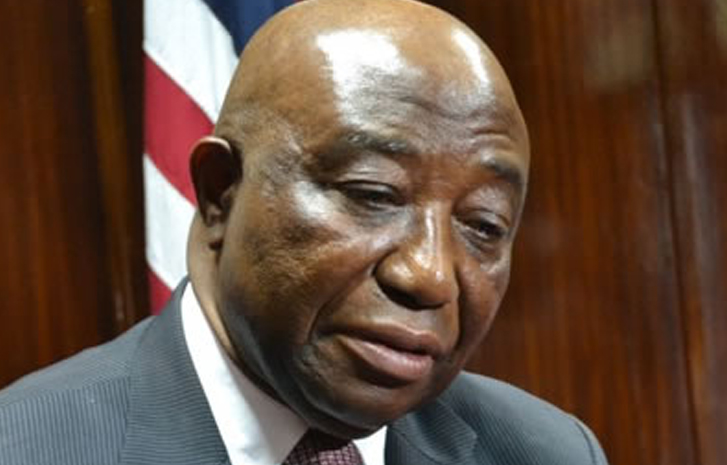 Joseph Boakai has been fighting rumors of ill-health for years, and as he gets older these questions are only growing louder given the unconfirmed news that the former Vice-President and Unity Party flagbearer has been diagnosed with colon cancer, requiring extensive medical treatment outside the country.

Speculation regarding the poor health of the Unity Party leader has been rising steadily since December, when the opening of the Unity Party’s headquarters was delayed “due to an urgent and important international trip that the Standard Bearer has to make.” Sources from the party told the press that Boakai returned to the US to receive urgent medical treatment. Many supporters in social media have been asking why Boakai has been seen less and less in public in since the new year.

Boakai has not done himself any favors in combatting health rumors. Last May, he fumbled questions about his hospitalization, with the bumbling claim that he “went to the hospital because of the stress from campaigning.” Then came Boakai’s refuting of claims that he underwent heart surgery by explaining that he has a pacemaker. Then came an interview Boakai gave to BBC Africa in November, where Boakai’s replies to allegations about his ill-health looked to many like avoiding the question when he said, “I don’t have health problems. I am a normal human being; went through normal things.

My activities have shown that I am capable and able to move around wherever I need to go.”

In the 2017 presidential race, rumors that Boakai was in ill-health were also rife. Despite denials by UP leaders and declarations that these rumors were “total trash” and “political fakery,” an investigation by Front Page Africa uncovered a discharge document from a hospital in Sierra Leone for Boakai which cited serious health concerns.

It is no wonder that Boakai has resisted any attempt to dig into his health record. Boakai told FPA in September, “I am very, very well. I can assume the presidency because I haven’t been to any hospital in the last two years”. But just like former US President Donald Trump who refused to release his tax returns to prove his wealth and clean tax record, Boakai refused to make his health records public. He declared, “If it’s the requirement of becoming a president of Liberia then I can do that, but I think it’s not a requirement. My doctors know my status of my health; they will tell me whether it’s necessary or not. All I can tell you is that I am healthy.” If Boakai has nothing to hide and has not been to the hospital in two years, then why not prove it?

In November, residents in Lofa – Boakai’s home county and political stronghold – staged a demonstration where they called for the 77-year-old to retire “honorably”. The organizers wrote in a statement that “the concerned citizens of Lofa County have realized that our uncle is no longer in good health to continue serving us.”

If even supporters in Lofa are questioning the Unity Party leader’s health, then why does Boakai stay in the race? Some in Lofa have speculated that “unscrupulous or dishonest individuals that have no political gravitas in our country” are coercing the aging former Vice-President to stay in politics for selfish reasons. In the minds of many, that individual in Benoni Urey, who hangs onto the coattails of Boakai in an effort to maneuver himself into a position of political power while shielding from public perception his dark past of aiding and abetting a war criminal.

Liberian voters, and especially Unity Party supporters, deserve to know the truth about Joe Boakai and his health. If such a revelation proves detrimental to unscrupulous opportunists such as Benoni Urey, then that is all the better for Liberia.