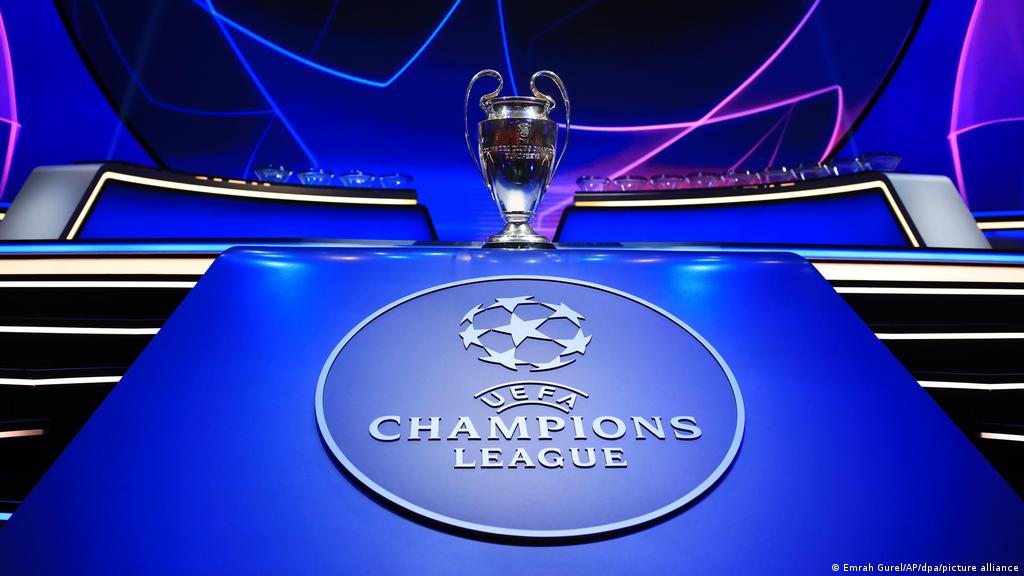 Russia has ordered troops into two rebel-held regions of Ukraine and there are fears an invasion is planned.

Several countries, including the UK, have introduced sanctions against Russia in response to the move.

Uefa said it was “closely monitoring the situation” and “any decision would be made in due course if necessary”.

Against the backdrop of unrest, Uefa is viewed as being highly unlikely to attempt to host the game in Russia.

UK Prime Minister Boris Johnson, speaking in the House of Commons on Tuesday, said there was “no chance of holding football tournaments in a Russia that invades sovereign countries”.

Culture Secretary Nadine Dorries added that she had “serious concerns about the sporting events due to be held in Russia, such as the Champions League final, and will discuss with the relevant governing bodies”.

She added: “We won’t allow [Russia] President [Vladimir] Putin to exploit events on the world stage to legitimize his illegal invasion of Ukraine.”

European football’s governing body is assessing the situation before making a decision but it is set to be looking for a new venue at short notice for the third year running. The past two Champions League finals were played in Portugal because of Covid-19 related issues.

BBC Sport understands the game will still be played on Saturday, 28 May, which is likely to rule Wembley out as a host as the League Two and Championship play-off finals are set to be played at the stadium over that weekend.

Mayor of London Sadiq Khan said other venues in the British capital should be considered as he called for “a comprehensive package of sanctions against Russia” to be imposed.

“Hosting games should be a privilege not a right, I think the final should be taken away from St Petersburg and London stands ready to host the final,” he told BBC London.

What other fixtures might be looked at?
Uefa has already postponed the Youth League last-16 tie between Dynamo Kyiv and Sporting Lisbon which was scheduled to be played in the Ukraine capital on 2 March.

The match has been moved to 9 March, with Uefa saying they will remain “in contact with the two clubs for any further decision”.

Other Uefa competition fixtures may yet need to be moved. There are no teams from Ukraine left in any other European competition this season but Russian club Zenit St Petersburg are still in the Europa League and are set to play the second leg of their play-off round tie with Real Betis in Spain on Thursday. Zenit lost the home leg 3-2.

At international level, Russia are scheduled to host Poland in a World Cup play-off on 24 March and – if they win – would face Sweden or Czech Republic on 29 March.

Ukraine are also in the World Cup play-offs, and visit Scotland and then either Wales or Austria in their bid to qualify for the tournament in Qatar.

Tensions in the region have escalated further this week with Russian President Vladimir Putin ordering troops into two rebel-held regions in eastern Ukraine, after recognising them as independent states.

Fears over an invasion have been rising in recent months, as Russia has massed around 150,000 troops along Ukraine’s borders, according to US estimates.

“Given the British and European condemnation of Russian action in Ukraine, Uefa should immediately move the Champions League final from the Gazprom stadium,” added Crouch.

“The ban on politicians and officials travelling to the Russian-hosted 2018 World Cup was a soft message to President Putin which made no significant difference – so Uefa need to take a much stronger stance not least to ensure the safety of travelling fans.”

St Petersburg was used as a venue for a number of matches at last summer’s delayed Euro 2020 tournament.

The 25-year-old, who has 48 international caps for Ukraine, wrote on Instagram: “The whole civilized world is worried about the situation in my country. I can’t stay away and try to convey my opinion. The country where I was born and raised. A country whose colours I defend in the international sports arena. A country that we try to glorify and develop. A country whose borders must remain inviolable.

“My country belongs to Ukrainians and no-one will ever be able to appropriate it. We will not give up! Glory to Ukraine.”