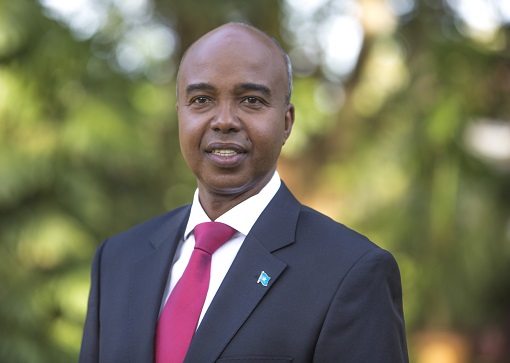 Mogadishu-Somalia has asked the African Union Commission (AUC) representative in the country to leave within a week after declaring him persona non grata.

In a statement on Thursday, Somalia’s foreign ministry said Simon Mulongo, the AUC’s deputy special representative in Mogadishu, was no longer welcome in the country due to his engagement “in activities [that are] incompatible with AMISOM’s (African Union Mission in Somalia) mandate and Somalia’s security strategy,”

He had seven days to leave Somalia, it added, without giving any further reasons for the decision.

In a Twitter post, Foreign Minister Mohamed Abdirizak said the Somali government “will hold accountable AMISOM person[n]el, particularly those at the leadership level, who are expected to be beyond reproach in their integrity as they discharge their duty under the UN/AU mandate”.