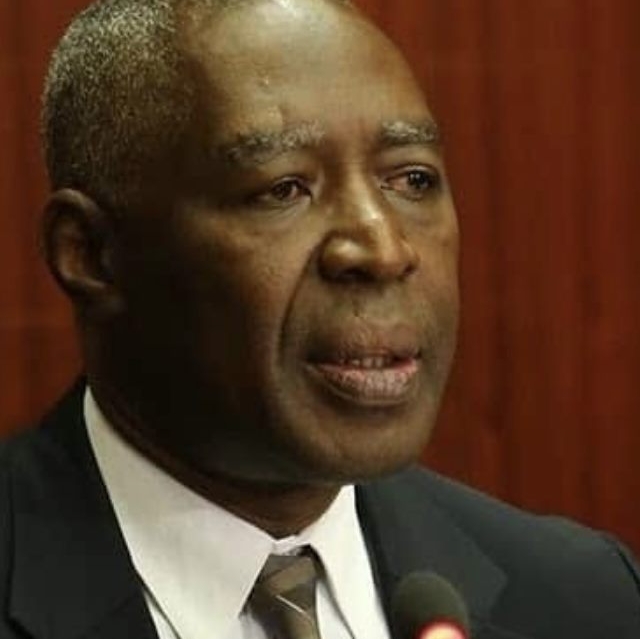 Every living organ contains the germs of its own destruction. The Collaborating Political Parties (CPP) is no exception, with the difference being that it may have more than one such germs. The greatest impediment faced by CPP was the mistrust that characterized the relationship between the leaders of the parties. That mistrust was palpable from the beginning, a sour leftover from the 2017 elections.

So far, nobody is acknowledging having lost the 2017 elections. There is still anger and a corrosive blame game among the political actors. There is a feeling of betrayal, of deep mistrust that undermined the collaboration from the onset.

Rather than go through a catharsis and “audit” the entire 2017 electoral process, review every step that led to the defeat, and take responsibility and corrective measures, the losing parties just buried their heads in the sand, and, in a knee jerk reaction, jumped into an association that was doomed.

The “straight jacket” framework agreement was more about keeping tab on each other than laying the foundations for a strong opposition. The end result is that CPP spent two years in an internal struggle, inflicting wounds that will not heal easily rather than build a coherent voice to check the current government and provide alternative views to the public. Rather, it was the relentless clash of egos and ambitions. There was never an esprit de corps. It was like a blanket pulled in four directions.

Joseph Nyumah Boakai of the Unity Party, a member of the CPP said, he has been Vice President for 12 years and therefore cannot go back to be someone else’s second. And he says he is running in 2023.

Alexander Benedict Cummings, the standard-bearer of the Alternative National Congress of Liberia (ANC), which is also part of the CPP said he will only consider heading a ticket.

While Benoni Wilfred Urey of the All Liberian Party (ALP) has thrown his support behind Joseph Nyumah Boakai. Meanwhile Liberty Party (LP), a party in transition will not field a candidate, thus becoming the party that everyone will be courting. A very bad position when the institution is still fragile.

Liberty Party is now the prey of choice and could suffer the consequences of being so wanted. It’s membership will be under constant pressure to “take side.”

Liberty Party is now the prey of choice and could suffer the consequences of being so wanted.

The CPP did not help democracy and the rule of law in Liberia when parties bestowed the status of “political leader” on certain individual, putting them above competition. This stifles creativity and energies. The fact that the leaders of LP, Nyonblee karnga Lawrence and Benoni Urey don’t want to run for president in 2023 doesn’t mean that nobody else in ALP and LP has presidential ambitions.

The CPP did not help democracy and the rule of law in Liberia when parties bestowed the status of “political leader” on certain individual, putting them above competition.

What if Abraham Darius Dillon, the Senator from Montserrado County who was voted into office overwhelmingly by the people of his county wanted to run for President?

In Liberia, parties have become private entities with titled owners. Not too far from one-party system. Can such an institution govern democratically?

In Liberia, parties have become private entities with titled owners.

The CPP shortchanged itself by limiting its objectives to one: defeating President George Weah in 2023 with one strategy: one (consensual) candidate. Again, because of mistrust, the leaders put guardrails, barring any metamorphosis in case the political landscape were to evolve. The CPP credits itself with the victories of the midterm December 2020 elections. Were voters casting their ballots against Weah or was it for the opposition? Nuance.

Finally, in my humble opinion, if your path to the presidency depends on someone else, I’d say you are not ready for leadership. In our recent history, none of our past presidents depended on someone else to be elected. No matter what we may think of them, Doe, Taylor, & Sirleaf – jury still out for Weah – created national followings around their ambitions. They did not waste years in intra-party mud fights. The obsession with collaboration may sometimes be a well disguised lack of confidence.

There will be frantic efforts to salvage the CPP because everyone seems to think that it’s the surest vehicle to victory in 2023. There are three distinct parties, very different: UP, ANC & CDC. They should each prepare for 2023. So far, the greatest achievement of CPP has been to showcase everything that is wrong with Liberian politics. They failed to provide the oversight that Liberians expect from an enlighten opposition. Liberians have no clue as to what a CPP social program looks like, when or how it will be implemented. Criticizing government is not a political agenda.

CPP getting better? Really? The presidency. Human nature. It will only get worse.
Liberia deserves better.

Dr. Abdoulaye Wahab Dukulé, is an Adjunct Professor at the George Washington University. Dr. Dukulé is also an accomplished Senior Communications Specialist, Writer and Editor. He was member of the 1991-1997 peace negotiating team to end the civil war in Liberia and Lead author of African Common Position on Post 2015. He has served on three winning presidential campaigns: Liberia 2016, 2011 & Ivory Coast 1990. He organized 2013 UN High-Level Panel Conference, attended by four head of states and 30 international delegates in Monrovia, Liberia.