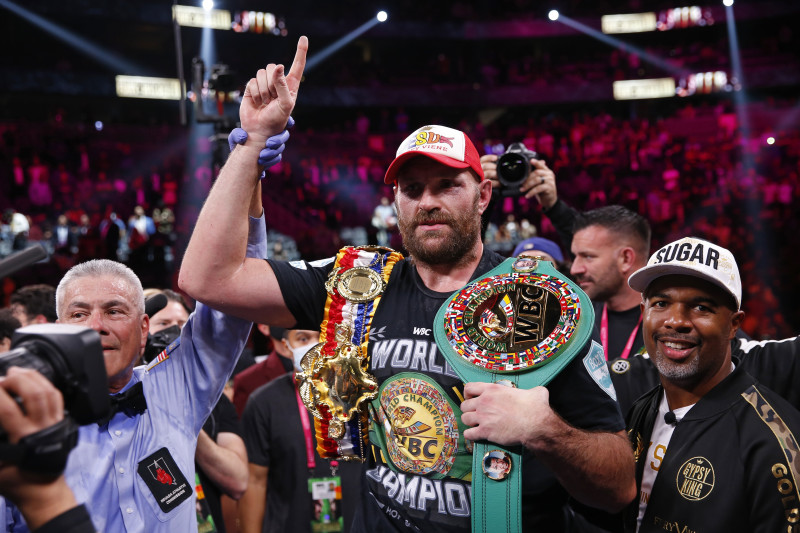 Tyson Fury declared himself the “greatest heavyweight of my era” after Saturday night’s heart-pounding win over Deontay Wilder to defend his World Boxing Council heavyweight title on the Las Vegas strip.

He told reporters, “I can only beat whoever’s in my era and I’ve done that all my life,” Fury said. “I can only be the best of my day and I’ve done that. I’m the greatest heavyweight of my era, without a doubt. There’s a long, long line of [great champions] and they go right back to John L Sullivan, Jack Dempsey, Mike Tyson, Lennox Lewis, Muhammad Ali, George Foreman, Ken Norton, Joe Frazier, the Klitschko brothers, even the guys from today like Anthony Joshua and Oleksandr Usyk and everybody else.

“They’re all good champions, but without sounding too sharp and clever, I’d place myself right on top of the pile. I believe that I could beat anyone in history. Any man born, I believe I’ve got a really good chance of beating him.”

The 33-year-old from Manchester went off as a heavy favourite after outboxing Wilder for nearly the entirety of their first encounter, which ended in a disputed split draw, then scoring a seventh-round knockout in a one-sided rematch. But Fury insisted that the closer third meeting was not a matter of him overlooking his opponent. “It was just a great fight all in all,” he said. “That’s what I’m here for. I wasn’t here to blow someone over in one round. I travelled the world for so many years to find challengers and he gave me a really worthy challenge tonight for sure.”