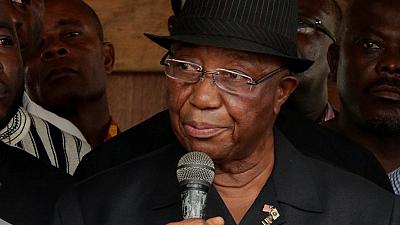 Paynesville City, Liberia – A group of young professionals home and abroad have formed themselves into a group named and styled the “Boakai Tact team”. The mission of the group is to rally support for the candidacy of former Vice President Joseph Boakai who is hoping to contest for the presidency come 2023. The Tact Team 2023 main objective is to ensure that the former VP Boakai leads the CPP ticket for the 2023 elections. The Tact Team was launched minutes after the Unity Party (UP) and Collaborating Political Parties endorsed former VP Boakai as an aspirant for the CPP ticket.

Liberia, A Nation in Crisis
Making remarks at the official launch, Ex-Vice President Joseph N. Boakai described Liberia under the leadership of President George Weah CDC government as a “country in crisis.” According to former Vice President Boakai, Liberians should first think about the country’s deplorable condition while voting for the future of their children and country. He cautioned them against voting leaders on the basis of friendship

The former Vice President Boakai stated that this is not the time for Liberians to sit and complain but to join the opposition to ensure victory. Said former Vice President, “We are ashamed, we are disgraced and it is about time we take this country, the young people which is your job. Give us the chance to make you proud, to help you build a country that you can be proud of.”

We are ashamed, we are disgraced and it is about time we take this country, the young people which is your job. Give us the chance to make you proud, to help you build a country that you can be proud of.

Performing the official launch, ALP political leader, Benoni Urey acknowledged the effort of the Tact Team to establish the group and to help with the campaign process of VP Boakai. Mr. Urey, though admitted that the CPP is not free of some internal problems, he admonished members to remain committed. Mr. Urey, said, “Fortunately for us, we have a leader who has a lot of experience, wisdom, and a lot of endurance that has been guarding us along the way.
“I am insisting that we remain united and trying to push the collaboration forward.”

Making brief remarks, the chairman of Tact Team 2023, J. Cyrus Saygbe, disclosed plans of the Tact Team in the coming days which will include incorporating members who believe in the ideology of former VP Boakai. According to Mr. Saygbe, they are willing to work with friendly political parties and pressure groups which will meet the objective of ensuring that former VP Boakai wins the presidential elections in 2023.