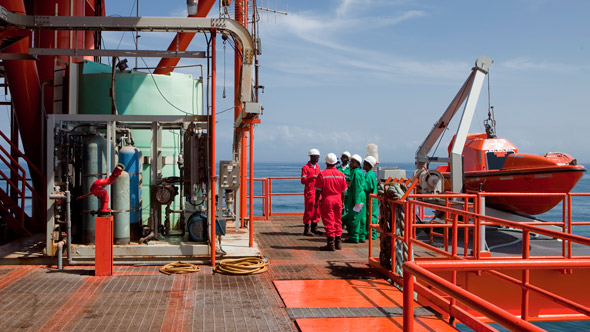 Ivory Coast says it has discovered a major offshore oil and natural gas reservoir, after a deepwater exploration by the Italian energy company Eni.

The find will “greatly increase Cote d’Ivoire’s proven reserves as well as its oil and gas production in the coming years,” said energy minister Thomas Camara.

Eni, which drilled a 3,445-metre-deep well about 60 kilometres off the coast, said will carry out a further evaluation of the potential of the discovery.

Camara said the reservoir could hold 1.5 to 2 billion barrels of oil and around 51 million cubic metres of gas.

To date, Ivory Coast has 51 identified oilfields, most of them offshore near the border with Ghana. Four are in production, 26 in exploration, and 21 are still open.