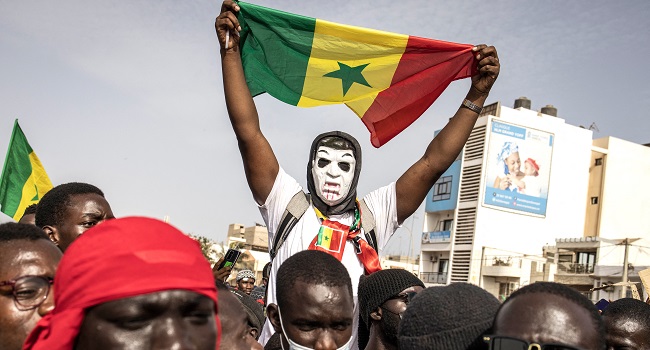 The West African state’s government says the laws aim at strengthening its fight against terror groups.

But one clause describes “seriously disturbing public order” as an act of terrorism, a measure which has generated strong criticism from opposition parties.

Seventy lawmakers in Senegal’s 165-seat national assembly voted in favor of the two relevant new bills, according to Moustapha Niasse, the president of the legislature.

The voting was preceded by tension in the assembly chamber, as well as on the streets of the capital Dakar.

The Movement for the Defense of Democracy (MDD), an opposition coalition, had urged supporters to protests against the new laws.

“This bill kills our democracy because it will accuse any dissenter of terrorism,” Babacar Diop, an MDD leader, told a press conference.

Protesters gathered in a central square in Dakar on Friday, while police were deployed in the city centre.